The New York Times Magazine feature story on the United States Penitentiary Administrative Maximum, or ADX, in Florence, Colorado, appeared under the headline “Inside America’s Toughest Prison.” In fact, no journalist has been inside ADX for at least 15 years, but 400 men live there, some for years or decades.

The story has suddenly spurred interest in the federal supermax prison, which its own former warden described as “a clean version of hell.” A number of journalists have been writing about this torture chamber for years, including Susan Greene in The Colorado Independent and the Dart Society Report, Alan Prendergast in Westword, and Andrew Cohen in The Atlantic. We’ve written about it ourselves, here on Solitary Watch, and have also published many pieces of writing by men currently or formerly held in ADX.

In light of the heightened interest in the prison, we provide below links to the voices of people who know what it is like to live inside the walls of ADX.

“A Prison Where the Building Becomes the Shackles”

“Finally Out and Among the Living”

“Just Half Crazy and Trying to Hold Onto the Other Half”

“Loneliness Is a Destroyer of Humanity”

“No Longer a Part of This World” 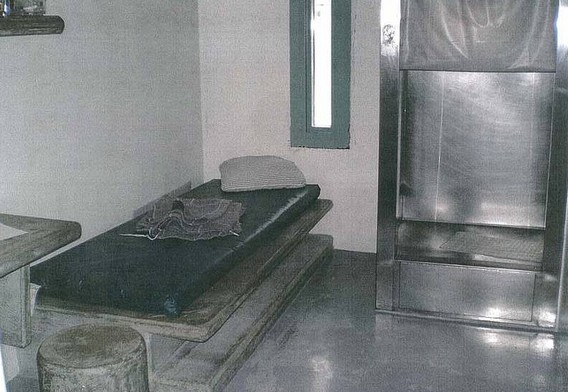 A cell at ADX.

2 thoughts on “Voices from ADX: Living "Inside America's Toughest Prison"”