Inside ADX Supermax: "A Bloody Nightmare"

In June 2012, a federal lawsuit was filed by eleven prisoners at the United States Penitentiary, Administrative Maximum Facility (ADX Florence) against the Federal Bureau of Prisons (BOP). The facility houses approximately 450 men from across the country in solitary confinement units. The lawsuit alleges that inmates diagnosed with mental illnesses are denied constitutionally adequate mental health treatment. The severe sensory deprivation and restricted social contact at ADX is further alleged to exacerbate mental health problems. This concern was underscored in a June 2012 US Senate hearing on solitary confinement, when Director of the BOP, Charles Samuels, testified that there were only two psychiatrists on staff at ADX.

One man in ADX, Jesse Wilson, wrote Solitary Watch after he listened to the head of the BOP testify that there weren’t mentally ill prisoners in ADX. “I heard the head of the BOP in Congress (on radio) saying they do not have insane inmates housed here, ” Wilson wrote, “This is what should be thought of as a lie. I have not slept in weeks due to these non-existing inmates beating on the walls and hollering all night.  And the most ‘non-insane’ smearing feces in their cells.”

The lawsuit is currently pending before the US District Court. Currently titled Cunningham v. Federal Bureau of Prisons, a website tracking the progress of the lawsuit provides profiles of the plaintiffs.

The Government Accountability Office (GAO) released a report in May that found federal officials hadn’t studied how long-term segregation affects those subject to it, how much it actually costs, or the extent to which it “achieves its stated purpose to protect inmates, staff and the general public.” A “snapshot estimate” provided by the BOP to the GAO  suggests that taxpayers are spending $78,000 per year, per person at ADX Florence to incarcerate them in psychologically devastating conditions.

Solitary Watch has been in contact with several individuals in ADX Florence, including members of the lawsuit who wanted to tell more of their story and share their perspectives. 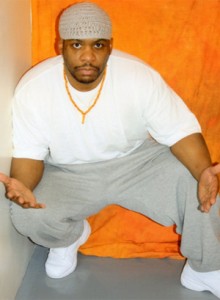 Harold Cunningham, 43, is the lead plaintiff of the federal lawsuit demanding constitutionally adequate mental health care in ADX. Cunningham is serving a life sentence and has been at the ADX Control Unit since 2001. Suffering from mental health issues since the age of ten, he has since been variously diagnosed with Paranoid Schizophrenia, Psychotic Disorder NOS and Personality Disorder NOS, and has been incarcerated on and off since he was 11, including a five year prison sentence at the age of 17 for cocaine possession. Sentenced to life imprisonment in 1996 for his involvement in a series of murders and robberies, he was incarcerated at United States Penitentiary, Marion until his transfer to ADX in 2001.

While at Marion, he was at times held in solitary confinement. He complained of visual and auditory hallucinations and was prescribed anti-depressants and anti-psychotics. According to the federal lawsuit, a psychologist at USP Marion found that “Cunningham’s current mental status, emotional expression, and behavior suggest significant mental health problems.” A year later he was transported to ADX, where psychiatric drugs are not provided to inmates.

The lawsuit details that, as a consequence of the denial of psychiatric medication, his “behavior predictably worsened,” and he was cited for rules violations such as possessing weapons, assaulting corrections officers, and refusing to leave his cell. For this, he would spend five years, from 2002-2007 in even more restrictive environments within the Control Unit.

His “treatment” has thus far consisted of workbooks and programs through his television. Cunningham wrote to Solitary Watch to tell more of his story:

What I have been through at Marion and here in the ADX Control Unit has been a bloody nightmare. Mentally and physically.

There was a bloody war going on in Marion when I arrived there, a place I should have never been sent to, I was designated to be housed at the Springfield Medical Facility. I have been taking psychotropic medication and receiving psychological therapy since the age of ten and on and off throughout my life. The war was racial, blacks against whites. The Aryan Brotherhood was warring with D.C. inmates.

I’m from Washington, D.C. and I got caught in the middle but my problem was more with the racist correctional officers who were behind everything. It was a very dangerous environment, one wrong move and you could lose your life. I was lucky, it was like living in a concrete jungle and only the strong survive. But to survive you have to become an animal and I became a monster that one one dared to fuck with.

I was sent from Marion to ADX Control Unit in 2001. I was treated and lived like an animal for years. Stripped of all my clothes for weeks at a time…just a blanket chained to my bed, water turned off, no shower at times. No food and when they did feed me it was bad food, stale bread and cheese, rotten apple…I was beaten while handcuffed. All this on and off throughout five to six years. It was an up and down roller coaster ride in a bloody nightmare. I was at war physically and mentally. I survived but now I suffer from PTSD so it’s hard for me to talk about some of the things I’ve been through. I’ve tried to block a lot of it out by escaping through writing. Every day in here is like a landmine field, one wrong step and I may snap back to that nightmare, something I don’t want to do.

I have been seeking and reaching out for help, therapy and medication that I used to be on but that’s not allowed here in the control unit. This is what my lawsuit is all about. My attorney has been working real hard to help me get the treatment I need. I’ve been here 12 years, I have less than a year left. Hopefully they will send me somewhere I can get the help I need and get involved in programs like education and writing.

49 thoughts on “Inside ADX Supermax: "A Bloody Nightmare"”