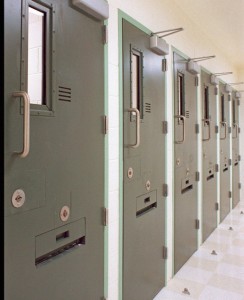 The U.S. Bureau of Prisons currently holds more than 12,400 individuals in 23-hour-a-day lockdown, making it the largest practitioner of solitary and other forms of isolated confinement in the nation, and most likely the world. Yet the BOP does not know whether its use of “segregated housing” has any impact on prison safety, how it affects the prisoners who endure it, or how much it all costs American taxpayers. This according to a comprehensive report released yesterday by the Government Accountability Office.

According to the cover letter released with the report, the study of the BOP’s use of segregated housing was done at the request of three members of Congress: Senator Dick Durbin (D-IL), who last year convened a Judiciary Subcommittee hearing on solitary confinement in which he sharply questioned BOP director Charles Samuels; Elijah Cummings (D-MD), ranking member on the House Committee on Oversight and Government Reform; and Bobby Scott (D-VA), ranking member on the House Judiciary Subcommittee on Crime, Terrorism, Homeland Security, and Investigations. The letter states:

There is little publicly available information on BOP’s use of segregated housing units. Given the potential high costs, lack of research on their effectiveness, and possible long-term detrimental effects on inmates, you requested that we review BOP’s segregated housing unit practices, including BOP’s standards, reasons for segregating inmates, and costs.

The report is indeed a mine of information on a subject that has been largely hidden from the public by the BOP, which bars press visits to its solitary confinement facilities and which collects, aggregates, and publishes little data on its use of prison isolation.

The GAO begins by outlining the various types of isolated confinement units operated by the BOP. Individuals can be placed in Special Housing Units (SHUs) in either “administrative detention” (for classification or security reasons) or “disciplinary segregation” for breaking prison rules; they are supposed to be there for finite terms. Those in Special Management Units (SMUs) are most often classified as members of a gang or other “disruptive group” or have “a history of serious disruptive disciplinary infractions.” Those held at the Administrative Maximum facility in Florence, Colorado (ADX) are supposed to be “inmates whose placement in another facility poses a risk to inmates, staff, or the public or good order of the facility; and/or inmates whose status before or after incarceration does not allow them to be safely housed in another facility.”

In all three types of isolated confinement, individuals remains in their cells for at least 23 hours a day, eat meals in their cells, have minimal exercise and programming and limited visits and phone calls. Those in the SHUs or SMUs may be double-celled; those at ADX are always alone. (The BOP’s two Communications Management Units, or CMUs, are included only as an appendix, the report states, because individuals imprisoned there have some out-of-cell time.) People are placed in isolated confinement through various types of hearing processes that rely solely on prison officials to provide evidence and make judgments, and are kept there according to review proceedings that are often appear somewhat or entirely pro forma.

As far as numbers go, the report states: “Of all federal inmates in BOP facilities, about 7 percent are held in segregation and, as of February 2013, BOP held the majority of segregated inmates—81 percent, or 10,050 inmates—in SHUs. The second largest population held in segregation is SMU inmates, who comprise about 16 percent of all segregated inmates, or about 1,960 inmates. ADX holds 450 inmates, including 15 inmates in the ADX Step Down Units at the high security United States Penitentiary (USP) Florence.”

According to the report, the numbers are growing, primarily due to the ongoing expansion of the SMUs: “From fiscal year 2008 through February 2013, the total inmate population in segregated housing units increased approximately 17 percent—from 10,659 to 12,460 inmates….By comparison, the total inmate population in BOP facilities increased by about 6 percent since fiscal year 2008.”

A large section of the report focuses largely on how the BOP monitors and documents how it runs its various isolation facilities. “BOP Headquarters (HQ) has a mechanism in place to centrally monitor how prisons implement most segregated housing unit policies,” it states, “but the degree of BOP monitoring varies depending on the type of segregated housing unit. In addition, we identified concerns related to facilities’ documentation of monitoring conditions of confinement and procedural protections.” The report finds particular fault with monitoring procedures at ADX, and with the level of documentation in all areas at nearly all facilities.

The GAO also looks at how the BOP tracks–or fails to track–the increased cost of housing individuals in isolated confinement. “BOP does not regularly track or calculate the cost of housing inmates in segregated housing units. BOP computes costs by facility or complex, and does not separate or differentiate the costs for segregated housing units, such as SHUs, SMUs, and ADX that may be within the complex.” (Solitary Watch ran into this precise obstacle when it filed a Freedom of Information Act request for the cost of holding prisoners at ADX.)

However, for the first time, apparently in response to requests from the GAO, “BOP budget officials provided a snapshot estimate that compares the daily inmate per capita costs in fiscal year 2012 at ADX, a sample SMU, a SHU at a sample medium security facility, and a SHU at a sample high security facility” on January 31, 2013. According to the report, “BOP estimates the daily inmate per capita costs at ADX are $216.12 compared with $85.74 at the rest of the Florence complex. According to BOP estimates, the inmate per capita costs at the sample SMU facility are $119.71, which are higher than per capita costs in general population in BOP’s sample high security facility, which are $69.41.” In other words, it costs more than $78,000 a year to keep someone at ADX–more than three times the cost of a regular high-security prison. The overall annual cost of isolated confinement, as calculated by the GAO, runs well into the tens of millions of dollars.

Perhaps the most damning portion of the report comes near the end, where the GAO points out that the BOP has no evidence to show that its costly use of isolated confinement makes its prisons any safer. “BOP has not assessed the extent to which all three types of segregated housing units—SHUs, SMUs, and ADX— impact institutional safety for inmates and staff. Although BOP has not completed an evaluation of the impact of segregation, BOP senior management and prison officials told us that they believed segregated housing units were effective in helping to maintain institutional safety.”

This “belief,” the report points out, runs in the face of evidence from states that have reduced their use of isolated confinement. “After implementing segregated housing unit reforms that reduced the numbers of inmates held in segregation, officials from all five states we spoke with reported little or no adverse impact on institutional safety.”

Finally, the BOP also has no real idea of the effect this grand experiment in isolation may be having on the prisoners in its care. “While BOP conducts regular assessments of mental health of inmates, BOP has not evaluated the impact of long-term segregation on inmates. BOP’s Office of Research and Evaluation (ORE) officials said they have not studied the impact of long-term segregation on inmates because of competing priorities related to studying impacts of prisoner reentry, drug treatment, and recidivism.”

Yet, according to the GAO, “While most BOP officials told us there was little or no clear evidence of mental health impacts from long-term segregation, BOP’s Psychology Services Manual explicitly acknowledges the potential mental health risks of inmates placed in long-term segregation. Specifically, it states that BOP ‘recognizes that extended periods of confinement in Administrative Detention or Disciplinary Segregation Status may have an adverse effect on the overall mental status of some individuals.’ In addition, according to BOP’s mission statement, BOP protects society by confining offenders in prisons that are, among other things, safe and humane…In addition, BOP’s ORE is responsible for conducting research and evaluation of BOP programs, but ORE has not conducted studies on the impact of long-term segregation on inmates.

The GAO adds an understated, but damning statement about the BOP’s lack of accountability for its actions: “Further, according to generally accepted government auditing standards, managers should evaluate programs to provide external accountability for the use of public resources to understand the extent to which the program is fulfilling its objectives.”

In response to its findings, the GAO recommends that the BOP improve its documentation and monitoring of segregated housing, especially at ADX, and some sort of assessment to determine “the extent that segregated housing contributes to institutional safety” and “the impact of long-term segregation on inmates in SHUs, SMUs, and ADX.”

According to the report, the BOP has “concurred” with these recommendations, and promised to improve its practices and conduct assessments accordingly. This surely will not happen quickly.  Whether it happens effectively, in a way that genuinely changes the day-to-day reality of the 12,400 federal prisoners who live in isolation, remains to be seen, and may depend largely on Congress’s willingness to keep pressure on the BOP.

One sobering development to keep in mind is the federal government’s simultaneous plan to renovate and open a second federal supermax prison in Thomson, Illinois, at a cost of nearly $60 million, reportedly to relieve overcrowding and house “SMU and ADX type inmates.” This move (facilitated in part by Senator Dick Durbin) would suggest that the U.S. government does not plan to significantly reduce the number of people it holds in 23-hour lockdown–at least, not any time soon.