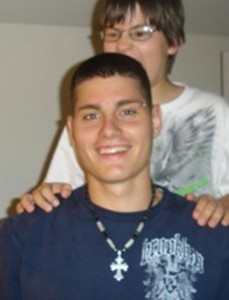 On July 17, 2012, Brandon Palakovic, 23, committed suicide by hanging himself in his cell while housed in a solitary confinement unit at State Correctional Institution (SCI) Cresson, a Pennsylvania prison that has since closed its doors.

Nearly two years later, on July 8, 2014, Palakovic’s parents filed a lawsuit against the Pennsylvania Department of Corrections (PADOC). Represented by Bret Grote in association with the Abolitionist Law Center, Mike Healey, and Jules Lobel, Renee and Darian Palakovic seek damages for the alleged role the PADOC had in exacerbating Brandon’s mental health problems and in his passing.

The PADOC and those involved with the management of SCI Cresson stand accused of intentionally withholding necessary health treatment from mentally ill prisoners such as Brandon Palakovic, and repeatedly isolating them in solitary confinement—a practice deemed unconstitutional by the U.S. Department of Justice (DOJ). The defendants declined to comment on the allegations when contacted by Solitary Watch.

The suit alleges that during his thirteen months at Cresson, Palakovic was subjected to the wanton infliction of physical and psychological pain. The complaint argues that prison administration and staff neglected his requests for counseling, his history of self-harm, and his mental health needs, and continued to place him in Restricted Housing Units (RHUs) time and again.

While at Cresson, Brandon Palakovic was prescribed Celexa, an anti-depressant that has documented side effects including suicidal thoughts and impulses. Palakovic had a long, troubled history with medication since childhood, trying to manage his ADHD and Oppositional Defiant Disorder, and Celexa only made him more anxious. He reportedly told his mother that “it [Celexa] made him have crazy thoughts and he hated the way he felt when he was on it. But, they told him he was easier to deal with when he was on it, so he took it.”

Brandon Palakovic was not the first prisoner to commit suicide at SCI Cresson. In December 2011, the federal Justice Department began an 18-month investigation of SCI Cresson and found “Cresson’s use of long-term and extreme forms of solitary confinement on prisoners with serious mental illness… violates their rights under the Eighth Amendment to the U.S. Constitution and under the Americans with Disabilities Act (ADA).” After the discovery of such conditions at SCI Cresson, the DOJ expanded its investigation to include all 28 prisons managed by the Pennsylvania Department of Corrections.

In an email interview with Solitary Watch, Renee Palakovic said they “were interested in filing some type of lawsuit almost immediately after Brandon took his life,” but had trouble finding an attorney to represent them. Three attorneys turned them away citing the difficulty, and perhaps futility, of taking on such a “huge, governmental system.” The Palakovics had all but given up when Bret Grote approached them about building a case. Grote had previously dealt with the family as an activist with the Human Rights Coalition, but was now a lawyer and founder of the Abolitionist Law Center.

In a statement made to Solitary Watch, Grote shared his thoughts on the case and how it fits into the modern, American philosophy of punishment:

Brandon Palakovic was a casualty of what Dr. Craig Haney has aptly called the war on prisoners. For more than thirty years prison practices in the United States have systematically sought to deprive prisoners of agency and power, creating warehouse prisons characterized by forced idleness, overcrowding, unemployment, the absence of educational and vocational programs, barriers to maintaining familial and community relationships, inadequate to non-existent medical and mental health care, and routine imposition of solitary confinement. These conditions are designed to inflict pain, and serve no constructive social purpose. … he [Brandon] was treated with ritual, institutionalized dehumanization until he could no longer tolerate it.

Grote and the Palakovics hope that, bolstered by the DOJ’s report, they may achieve some posthumous justice for Brandon Palakovic, and help protect others like him who have the misfortune to be young, psychologically disabled, and at the mercy of the prison system.