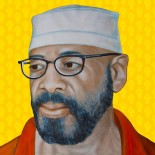 “Control unit facilities cannot be allowed to exist,” writes Russell Maroon Shoatz in a piece called “Death by Regulation.” “They serve no purpose other than to dehumanize their occupants. Our collective welfare demands that we do everything within our power to bring about an end to this form of imprisonment and torture.”

Shoatz, a former Black Panther who will turn 70 years old in August, has been held in solitary confinement in Pennsylvania prisons since 1983. His only time in the general prison population in the last 30 years was an 18-month stint spent at the federal penitentiary at Leavenworth that ended in 1991.

Maroon has had only one misconduct since 1989. His most recent violation was in 1999, when he covered a vent in his cell that was blowing cold air in an attempt to stay warm.

From 1995 until the end of last month, Maroon had been held at the State Correctional Institution (SCI) Greene in southwestern Pennsylvania. Without warning Maroon was transferred on Thursday, March 28 to SCI Mahanoy in the eastern part of Pennsylvania.

A growing grassroots national movement had been mobilizing to win his release into the general population. This transfer appeared to be a response by the Pennsylvania Department of Corrections to the gathering legal and political pressure.

On April 8, 2013, Pennsylvania prison officials were given 30 days notice to release Maroon from solitary confinement. If he is not in the general prison population on May 8, his legal team will file a major civil rights lawsuit the following morning.

Represented by Stefanie Lepore and Rick Etter from the international firm Reed Smith, Dan Kovalik of the United Steelworkers, and Dustin McDaniel of the Abolitionist Law Center, Maroon has drawn support from a growing number of civil society groups as well. More than 20 organizations around the country, including the Center for Constitutional Rights, the National Lawyers Guild, and the American Friends Service Committee New England Region have joined the call and mobilized to demand his release from solitary.

On Monday, April 15, the Campaign to Free Russell Maroon Shoatz announced that Maroon and his legal team had been told by prison officials that Secretary John Wetzel personally ordered his transfer to SCI Mahanoy to remove him from solitary. Still, Shoatz remains in solitary confinement, and the campaign cautioned that he has been misled in the past about re-entering the general prison population.

He was given the name Maroon after his second escape from prison in 1980. Originally convicted in 1972 for his alleged role in the killing of a Philadelphia police officer, Maroon had escaped twice, in 1977 and 1980. As he explains in his new book, Maroon the Implacable: The Collected Writings of Russell Maroon Shoatz, “maroon” communities were fugitive-slave societies that existed throughout the Americas during the era of chattel slavery where runaway slaves, indigenous people, and at times even Euro-Americans lived outside of and at war with the colonizing, slaveholding European settler societies.

Although he twice escaped imprisonment, it was not his second escape that triggered his nearly 30 years of solitary confinement. In 1982 he was released into the general prison population at the State Correctional Institution (SCI) Pittsburgh. Upon return to the general population Maroon became involved with the Pennsylvania Association of Lifers (PAL), a prison-approved organization that was supposed to further the interests of life-sentenced prisoners. At the time he became involved only 5-6 people attended meetings. Maroon says his sole interest in the organization was working with prisoners to persuade their family members and supporters outside the walls to build a political movement that could successfully lobby for the repeal of life without parole sentences in Pennsylvania.

Maroon’s reputation and the respect other prisoners had for him led to a dramatic increase in participation in the PAL. More than 100 prisoners would attend meetings in the early part of 1983. On the night that the old leadership was impeached and Maroon appointed interim president pending new elections, he and other new leaders of the PAL were placed in solitary confinement. The others were eventually released from solitary. Maroon remains in isolation to this day.

In a hearing on solitary confinement in front of Pennsylvania state legislators in August 2012, LuQman Abdullah testified that Maroon’s mentorship “saved his life,” inspiring him to become a community activist once he was exonerated after spending 23 years in prison for a crime he did not commit – five of them in solitary confinement. This is a story that has been repeated by a number of former and current prisoners in conversations with legal and political supporters of Maroon.

“The men in this prison are serving the full range of sentences and many of them will be released back into your communities someday, perhaps soon. Yet even they are under a sentence of death. They’re under a sentence of ‘spiritual death,” Maroon wrote in “Message from a Death Camp,” an essay in his new book.

According to Maroon: “The torture technicians who developed the paradigm used at the control/housing units realized that they not only had to separate those with leadership qualities but also break those individuals’ minds and bodies and keep them separated until they are dead.”

And though the prison administration has attempted to keep Maroon separated from other prisoners, those “under a sentence of ‘spiritual death,’” it is possible that the massive wave of support building behind him may bring an end to 30 long years of control unit confinement.

Kanya D’Almeida is an editor for the Inter Press Service (IPS) News Agency, and is based in New York City.

Bret Grote is an organizer with the Human Rights Coalition, the Executive Director of the newly founded Abolitionist Law Center, and a member of the legal team for Russell Maroon Shoatz.

One thought on “Russell Maroon Shoatz: Resisting the "Spiritual Death" of Solitary Confinement”