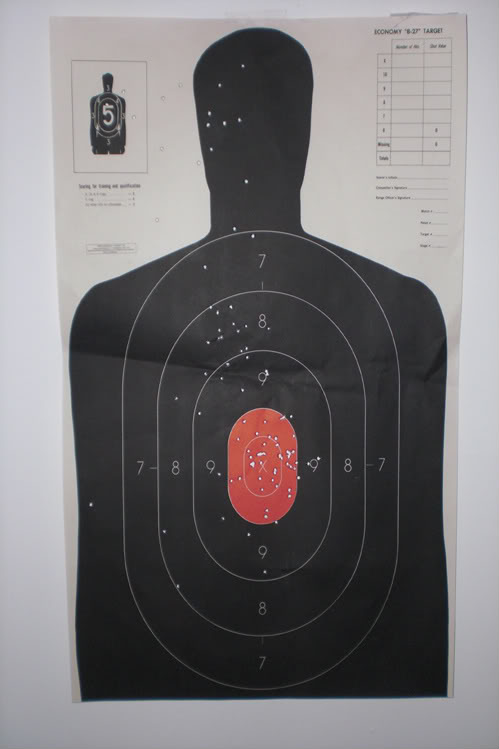 The state of Utah is going to allow death row inmate Ronnie Lee Gardner to choose how he dies–as long as he chooses either lethal injection or a firing squad. Gardner is one of a shrinking groups of condemned prisoners, in more than a dozen states, who are still permitted to make a final, macabre choice between lethal injection and a second method of execution–which might be the firing squad, the electric chair, the gas chamber, or the noose.

Gardner has been on death row since 1985, when he was convicted of killing an attorney during an escape attempt at the Salt Lake Metro Hall of Justice. A judge will likely sign Gardner’s death warrant next week, with an execution date set in June. Under Utah law, he is among a handful of longtime death row inmates who has the right to choose between the state’s current means of executing prisoners and its previous one.

According to Terry Lenamon’s Death Penalty blog, “In Utah, it was only recently that their state legislature nixed the option of a death penalty by firing squad–and when it acted, four men sat on Death Row for whom the new law did not apply.  These four men were ‘grandfathered’ into the prior law, and the execution methods that were options when they were sentenced are legally still available to them today. Ronnie Lee Gardner is one of these men.”

After a hearing on Monday, assistant Utah Attorney General Thomas Brunker said the state would not contest Gardner’s choice. “And to help him decide,” the Salt Lake City Tribune reports, “the Utah Department of Corrections has agreed to release general information about the execution methods to Gardner’s lawyers.” In response to a request from Gardner, the DOC will provide his attorneys with “relevant documents [that] detail the training and expertise of the execution team. The identity of the team members and other information affecting security will not be included.”

Tom Patterson, executive director of the DOC, said the department is prepared to muster a firing squad, if need be. “If Mr. Gardner would like to be executed in that format and the court orders that, then we will carry that out,” he said. But according to a report by Fox 13 in Salt Lake City, corrections officials are concerned about a death by firing squad creating a media “circus.” An execution by this method would be “novel” even for Utah, Patterson said. What’s more, “We are the only state that has firing squad at this point, and so yeah, it does become a bit of a novelty, nationwide and even worldwide.”

The most famous U.S. execution by firing squad in modern times also took place in Utah: In 1977, multiple murderer Gary Gilmore was killed by five men with rifles, while strapped to a chair with a hood over his head and a target pinned over his heart. (Gilmore’s choice had been between firing squad and hanging.) He was the first person to be executed in the United States for nearly ten years, after the Supreme Courts lifted an effective ban on capital punishment. Since that time, one other man, John Albert Taylor, has chosen to die by firing squad, also in Utah. According to the New York Times, Taylor chose this method for his 1996 execution “to make a statement that Utah was sanctioning murder.”

While firing squads are unique to Utah (or almost–see Oklahoma, below), a number of other states still give condemned prisoners a choice of execution methods. The “primary” or “default” method in all cases is lethal injection. But some states still still offer their previous method, as well–often, like Utah, only to inmates who were originally sentenced to die by that method.

In  Alabama, Arkansas, Florida, Kentucky, South Carolina, Tennessee, and Virginia, some prisoners can choose between a lethal injection and the electric chair. In Arizona, California, Maryland, and Missouri, they can opt for the gas chamber. Hanging is still permitted in Washington (if the prisoner requests it) and New Hampshire (if a lethal injection for some reason can’t be given).

Many state laws even designate “backup” methods, just in case the primary method is struck down by the courts. Oklahoma, in particular, seems determined not to take any chances. According to the Death Penalty Information Center (which maintains detailed data on execution methods), the state of Oklahoma “authorizes electrocution if lethal injection is ever held to be unconstitutional and firing squad if both lethal injection and electrocution are held unconstitutional.”

Federal prisoners who receive the death penalty are generally executed according to the methods used in the state in which their crime took place. This means that in theory, at least, under the authority of the United States of America, prisoners can be poisoned, electrocuted, gassed, hanged, or shot.

There is one way of dying, however, that no state allows its prisoners to choose: Suicide. Last month, an Ohio inmate named Lawrence Reynolds tried to overdose on stockpiled antidepressants two days before his execution date. Prison officials rushed him to the hospital, where he was revived. An investigation by the state concluded that Reynolds, who had been on death row for 16 years, wanted to “end it” by his own hand, so as to “not give the state any satisfaction of killing him.” But the state reserved its right to be Reynolds’ executioner: Nine days after his suicide attempt, it put him to death in the lethal injection chamber.

Suicide attempts by death row inmates are not uncommon, though they are rarely successful. Some advocates have suggested, however, that condemned prisoners who waive their rights to appeal are committing a form of legal suicide. Dr. Stuart Grassian, a psychiatrist and expert on the effects of solitary confinement and death row, has stated that “the conditions of confinement are so oppressive, the helplessness endured in the roller coaster of hope and despair so wrenching and exhausting, that ultimately the inmate can no longer bear it,” and choosing to die may be the only way “that he has any sense of control over his fate.”

According to the Salt Lake City Tribune, during his 25 years on death row, Ronnie Lee Gardner “periodically asked judges to allow him to die, either saying he was frustrated with delays in the case or racked with pain from rheumatoid arthritis, but then continued to challenge his sentence.” His appeals were finally exhausted in March. Since then, Gardner has been left to ponder the only choice left to him by a state that has power over his life and death: Whether to be poisoned by lethal injection, or shot through the heart.