• NBC4 reported that the Metropolitan Correctional Center (MCC), a federal jail in New York City, was locked down for over a week while officials searched for a gun that had allegedly been smuggled into the jail by an officer. The gun was found late last Thursday in an individual’s cell, but the Chief of […]

• The Texas Observer published a piece telling the story of solitary confinement in Texas prisons, through various firsthand accounts from people who spent significant time in severe isolation. According to its own numbers, the Texas Department of Criminal Justice (TDCJ) holds over 4,400 people in solitary, including 1,300 people held in isolation for six or […]

• Mother Jones reported that a federal judge in California approved the class action status of a lawsuit filed against the private prison company GEO Group for its forced labor practices in Immigration and Customs Enforcement (ICE) detention facilities across the country. The lawsuit challenges the company’s Housing Unit Sanitation Policy that requires detained people […]

• The Philadelphia Inquirer reported that the Pennsylvania Department of Corrections agreed to a settlement with the Abolitionist Law Center (ALC) and the ACLU of Pennsylvania last week that will end indefinite solitary confinement for people held on death row in the state. The 136 people with death sentences will now have over 42 hours […]

• According to the Hartford Courant, Judge Stefan Underhill has called the conditions “unconstitutional” for people held on Connecticut’s death row. While Connecticut has abolished capital punishment, a “compromise law” passed in 2012 mandated that in the absence of the death penalty, those sentenced to death must be held in solitary confinement for the rest of […]

• A groundbreaking and disturbing new study published by the JAMA Network found that people held in solitary confinement during their incarceration had a “significantly” higher likelihood of dying within the first year of their release back into the community. The study used data from the North Carolina Department of Public Safety tracking nearly 230,000 incarcerated people […]

• Katherine Hawkins, the Senior Legal Analyst for the Project on Government Oversight, testified on Thursday before the U.S. House Committee on Homeland Security about the conditions in Immigration and Customs Enforcement (ICE) detention facilities. Hawkins cited a 2017 report by the Office for Civil Rights and Civil Liberties that found “shockingly high” stays in […] 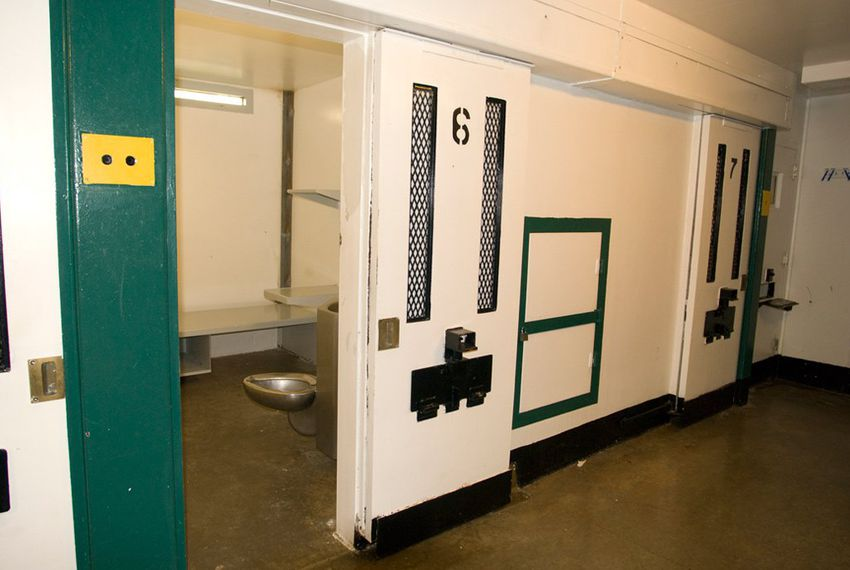 The following account was written by Billy Joel Tracy, who has spent nearly nineteen years in solitary confinement in various Texas prisons, including one stint of thirteen straight years in isolation. Tracy, a 41-year-old man with a psychiatric disability, has been incarcerated for 21 years in total, and received a death sentence for the murder of a prison […]

• The Sacramento Bee published recently released footage from 2017 of corrections officers brutally assaulting a man with psychiatric disabilities, while he was being held in a suicide watch cell at the Auburn Main Jail in Placer County, California. The video, which officials initially withheld from the public, at one point shows eight officers piled on […]