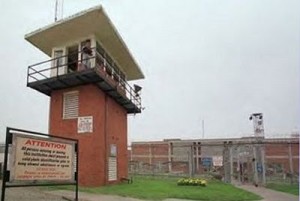 The following was submitted to Solitary Watch by Michael Jewell, who was sentenced to death in Texas for capital murder in 1970 and spent three years in solitary confinement as a death row prisoner. His sentence was commuted to life imprisonment in 1973 following the 1972 Supreme Court ruling in Furman v. Georgia, which prohibited the death penalty nationwide until the decision was overturned in 1976 in Gregg v. Georgia. Over the next 30 years, Jewell spent two two-year-long terms in Administrative Segregation. In Ad Seg, he would spend 23 hours a day in a 5×9 foot cell alone, allowed only a 20 minute shower and one hour of exercise in a cage. The first term was a result of his leading a work stoppage at Ellis Unit in Huntsville, Texas, in support of the Texas civil rights case Ruiz v. Estelle, which ultimately led federal courts to rule that the conditions in the Texas prison system violated 8th Amendment prohibitions against cruel and unusual punishment. His second term in solitary confinement was the result of an escape attempt at Ferguson Unit in Madison County.

Since his parole, he has found that life after prison is not easy. “Hell, with my criminal history, I couldn’t get a job as a speed bump at Kroger’s,” he writes. “If it were not for a loving wife with enough fixed income to support the both of us, no doubt I would have recidivated for something akin to throwing a brick through a bank window.” Jewell has become active in prison reform with Citizens United for Rehabilitation of Errants (CURE), Amnesty International, the Texas Inmate Family Association, and  the ACLU of Texas. With his wife, Joan, he founded Con-Care Services, which assists Texas inmates with  problems prisoners routinely face, including visitation issues and appealing disciplinary cases. “We don’t move mountains but we kick the shit out of molehills,” –Sal Rodriguez

I served 40 consecutive years on a life sentence in the Texas Department of Corrections, from 1970 to 2010. My first 3 years were on death row, which is much like Administrative Segregation and Solitary Confinement (S.C). I also did time in Ad Seg on two separate occasions, staying over two years each time. During that time I was confined to a 5 x 9 foot cell for 23 hours per day. I was allowed a 20 minute shower and an hour for outside recreation in a cage made of cyclone fencing, which resembled a cage you’d see at the dog pound. The cage measured about 10 x 10 square feet.

S.C. is a form of sensory deprivation, in that your perception shrinks to the dimensions of the space and sensations of confinement. Visual, auditory, olfactory, tactile, and even the sense of taste are dramatically deprived and constricted. Almost immediately upon being tossed into isolation, though many people may not recognize it for what it is, you begin to suffer from a form of “sensory withdrawal.” Soon, you begin to crave the broader liberty you’ve lost, even the limited freedom of a prison’s environment: the ability to move about and interact with other human beings. Such a radical deprivation of sensory perceptions has a ‘numbing’ effect. You feel ‘stunned.’

Removed from the distractions and diversions of the broader context, the mind  is suddenly forced to confront itself. You begin to hear yourself think. When the mind is withdrawn from the experience of ‘perceiving’ and interacting with the complex activities of the broader environment, it is forced to switch to perceptions from within itself and draw upon self-consciousness, as well as the subconscious.

Sudden subjection to S.C. is a painful and dreaded experience. Because it is human nature to seek pleasure and avoid pain, we have a tendency to withdraw from the physical and take refuge into the psychological. Different people will have different reactions to this phenomenon. But most will indulge in various memories and forms of ‘fancy.’ Alongside memories of good times come those of sad and bad times. It is my opinion that all prisoners, deep inside, have a poor self-image. In S.C. that fact becomes acutely self-evident, or at least it did in my case. I suffered profound feelings of guilt and shame for past actions and inactions. Hot on the heels of regret come recrimination. Again, it is our nature to seek pleasure and to avoid pain. We tend to escape from over-awareness of our faults and foibles by turning to ‘fancy.’   Over time: days, weeks, months, and years, imagination can verge on, and in many cases, into, hallucination. The next stage is often psychosis and irreparable psychological damage. Research has shown an irrefutable link between S.C. and mental deterioration:

“Psychopathological reactions to S.C. were extensively described by nineteenth-century German clinicians. In the United States there have been several legal challenges to the use of S.C., based on allegations that it may have serious psychiatric consequences. The recent medical literature on this subject has been scarce. The author describes psychiatric symptoms that appeared in 14 inmates exposed to periods of increased social isolation and sensory restriction in S.C. and asserts that these symptoms form a major, clinically distinguishable psychiatric syndrome.” (American Journal of Psychiatry).

S.C. is also a form of mental and physical torture. Reams of research on this aspect can be found by googling “solitary confinement as torture.” I was able to survive it as well as I did by reading. I read a small library of paperback psychology, yoga, meditation, self-hypnosis, and self-help books that I call “rah rah” books, “I’m getting better and better every day, better and better in every way!” rah!, rah!, rah!

I think those most damaged by S.C. are the ones who try to outrun the ghosts and goblins of their past, but are caught and overwhelmed. I chased mine down and dealt with them. I developed a form of ‘meditative self-analysis,’ that included self-induced age regression. I did so in order to exhume repressed memories of childhood traumas: at age six sitting between separating parents asking me to choose which I wanted to live with, being sexually molested at seven, witnessing my father beat and stomp my mother before kindergarten, etc. I was an exception to the rule: I came out better than I went in.

Finally, it should be said that the continuing existence of solitary confinement in our prisons is akin to allowing a smear of feces to stain every amendment to the U.S. Constitution. It makes us brethren of every nation our hypocritical politicians call violators of human rights. And to a more enlightened posterity, it will leave us draped in shame.