On average, someone attempts suicide in one of New York State’s prisons every other day. And 43 percent of those suicide attempts occur in the state’s notorious solitary confinement units — the Special Housing Unit, or SHUs. Solitary confinement is also linked to higher rates of death by suicide, and to widespread incidents of self-harm.

These striking findings were released this week in a report by the #HALTsolitary Campaign, based on an original analysis of data from 2015 to 2019, obtained through public record requests. According to the report, 18 people died by suicide in the state prison system in 2019, its highest rate in two decades and nearly double the national average. The report also found that suicide attempts by individuals in solitary confinement occurred at a rate 12 times that of their peers in general population.

At an online press conference coinciding with the report’s launch, Alicia Barraza remembered her son Ben Van Zandt, who died by suicide in solitary confinement at Fishkill Correctional Center six years ago.

“Our son Ben entered the adult prison at the age of 17, and he was not only very young and naive, but he also suffered from a severe mental illness,” Barraza said. In a 2017 collaborative video project with the New Yorker and The Marshall Project, Barraza and her husband remembered their son as a shy kid and honors student who, as a teenager, struggled with undiagnosed mental illness.

The #HALTsolitary report found an especially close link between solitary confinement and suicide for young people like Ben. Half of those who died in solitary were between the ages of 20 and 29. This age group made up a far smaller proportion of suicides in non-isolation units, reflecting the devastating toll that solitary exacts on young people.

“The first time [Ben] was in SHU, he begged us to get him out because he said that he knew that he would completely lose his mind in there,” Barraza said at the press conference. She said her son’s mental condition deteriorated due to the violence he witnessed and because he was taken off his medication “for no apparent reason,” until ultimately he “gave up all hope of surviving.”

“After only ten days in solitary, Ben took his own life,” she said. “He was 21 years old when he died.”

The high number of suicides captured in this week’s report exclude countless individuals who died by suicide not in a solitary confinement cell, but after release.

In a press release, Akeem Browder recalled the devastating impact of solitary confinement on his younger brother, Kalief, who died by suicide in 2015 at the age of 22, after his release from Rikers Island, where he spent two years in solitary. 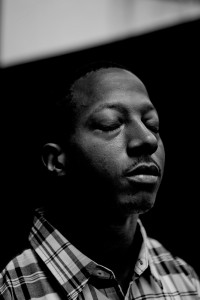 In addition, a more recent body of evidence has emerged specifically linking solitary confinement to an increased frequency of suicide following release. A scientific paper published last year in the Journal of the American Medical Association found that individuals who spent any time at all in restricted housing were 78 percent more likely to die by suicide in the first year after release than their formerly incarcerated peers who never went to solitary. The study also found that those who did two stints in solitary were 74 percent more likely to die by suicide than those who were sent there once, and people who spent more than two weeks in isolation experienced a higher suicide rate than those whose stints were shorter.

Those findings were affirmed this year in a journal article published by a team of Danish researchers. Among incarcerated people in Denmark — where conditions of confinement are notably better than in the United States, and where during this study only three percent of sentences were longer than four years — time spent in solitary confinement was correlated with a higher risk of death by suicide during the first five years following release.

Despite mounting evidence that solitary confinement takes lives, and a 2015 settlement agreement by the state intended to curb the practice, the New York Civil Liberties Union reported late last year that the number of disciplinary solitary sanctions in New York State prisons actually increased from 2015 to 2018.

Advocates and people directly impacted by the criminal legal system have been calling attention to the alarmingly high rates of suicide in New York State prisons for more than a decade. The issue was received attention ten years ago, through the investigative reporting of Mary Beth Pfeiffer at the Poughkeepsie Journal. Pfeiffer, who had previously written on mental illness, suicide, and prisons, documented an upward trend of suicides in state prisons, drawing attention to the mental health crisis in state prisons, and fueling a then-nascent movement to end solitary confinement across the state.

Today, that movement is pushing state lawmakers to respond to the horrifying stories and statistics by passing the Humane Alternatives to Long-Term Confinement (HALT) Act. The HALT Act, which was derailed by Democratic Party leadership in the final minutes of the 2019 legislative session despite majority support in both houses, would codify international human rights standards into law by prohibiting long-term solitary confinement lasting more than 15 days.

The HALT Act would further end solitary confinement for young people under 22 like Kalief Browder, Ben Van Zandt, and the many children currently held in solitary in the state’s city and county jails. It would also ban the practice for people older than 55, and those with disabilities, including psychological disabilities.

In conjunction with the report’s release, Browder’s and Van Zandt’s families pleaded with lawmakers to pass the legislation that could have prevented their loved ones’ early deaths.

“I believe that his death could have been prevented if the HALT bill had been in effect and kept him out of solitary in the first place,” said Barraza, Ben Van Zandt’s mother. “No family should have to endure the pain and suffering that we have had to go through with the loss of our only child. It’s time for the legislature to pass the HALT bill; it’s time to stop people from dying like Ben.”