This article is published in partnership with Shadowproof.

Those who experience even short stints in solitary confinement died at higher rates in the five years following their release from prison than those who did not, according to a new study.

Professors Christopher Wildeman and Lars Andersen were careful to note more research is needed and that a possible causal effect could not be calculated. They also acknowledged it was “unclear how these results translated to other countries.”

However, the finding of a statistically significant increase in mortality suggests there might be a relationship between punitive isolation and death after release.

At the very least, these results should prompt similar inquiries in the United States, where the use of solitary confinement is rampant and for durations longer than prisoners experience in Denmark.

Kalief Browder’s case is one high profile example of this potential dynamic. He was in solitary confinement for two out of the three years he was incarcerated on Rikers Island in New York City and subsequently suffered from mental illness.

Within two years of his release from jail, he died by suicide. 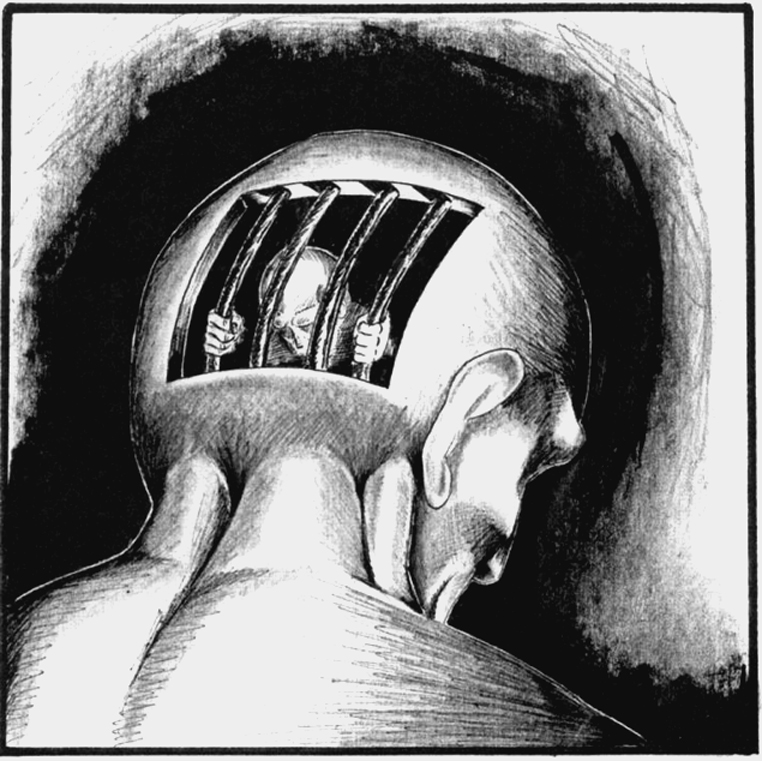 Researchers analyzed data from 13,776 formerly incarcerated people in Denmark, who served a prison sentence of at least 7 days between 2006 and 2011.

The amount of time each person spent in isolation varied, but the average was 8.7 days. Two-thirds of people spent less than a week in isolation. Most returned to the general population within a few days and returned to society within weeks or months because of Denmark’s short sentences.

Former Danish prisoners who experienced solitary confinement had a higher overall mortality five years after release from prison (4.5 percent) than those who did not (2.8 percent).

“The five-year mortality among formerly incarcerated individuals who were placed in solitary confinement was almost ten times that in the general population,” according to the authors.

Importantly, the study did not include data on protective custody in the cohort they defined as experiencing isolation. Instead, they focused on disciplinary and administrative segregation, including protective custody data points among the control group.

This is significant because, although prisoners go to protective custody for different reasons than punitive segregation, both take a toll on the body. It is also crucial to note researchers focused only on a person’s first prison sentence.

“Research has shown, however, that solitary confinement might increase rates of reincarceration,” they contended, “which means that new prison sentences could affect our comparison groups differentially.”

Even brief exposure was “linked to elevated post-release mortality.”

This finding is especially significant for countries like the U.S., where “extremely long periods (eg years) in solitary confinement are common,” and where “solitary confinement would probably also be linked to elevated rates of mortality through natural causes as well (eg through lack of exercise or exposure to light),” the researchers surmised.

As the U.S. experiments with prison reform, the results beg the question of whether limiting the use of solitary confinement—instead of abolishing it—is enough to ensure health and safety, and preserve life.

“Our findings suggest that incarcerated individuals ever placed in solitary confinement are a vulnerable population in need of interventions,” Wildeman and Andersen wrote.

Dr. Terry Allen Kupers is a psychiatrist, scholar, and author of Prison Madness and Solitary: The Inside Story of Supermax Isolation and How We Can Abolish It. He’s a national expert on the health impacts of solitary confinement and has testified in dozens of class-action lawsuits about jail and prison conditions.

“The Lancet study is one further empirical validation of a troubling fact that is supported by a lot of other evidence: solitary confinement damages prisoners, compromises their mental stability, impairs their ability to benefit from rehabilitation programs in prison and then leads to major problems for them adjusting in the community after being released from prison,” Dr. Kupers told Shadowproof.

“I have described a ‘SHU Post-Release Syndrome,’ where prisoners and formerly incarcerated individuals who spent significant periods in solitary confinement tend to isolate themselves even after being released from solitary and have great difficulty in social situations.”

“Their parole is delayed because their time in solitary is a mark against them and they didn’t have the opportunity to accumulate the program successes the parole board looks for,” Dr. Kupers explained. “After their release, there is massive stigma against the formerly incarcerated, so their chances of finding meaningful work are terrible.”

“They live with the psychological scars and disabilities caused by isolation and idleness in prison, and it is no surprise that they suffer increased mortality rates from multiple causes in the years following their release.”

“Reading this report only proves what we as directly impacted survivors have stated for years now: the impact of human isolation never leaves you,” Five Mualimm-ak told Shadowproof.

Five is a human rights and prison reform advocate. He’s the founder of Incarcerated Nation Corp., a collective of previously incarcerated people. He spent years in solitary confinement while imprisoned in New York.

“After returning home a survivor of solitary, I found out that my punishment had just begun,” he said. “Years after being released from solitary confinement, I am still battling the now permanent damage I and so many live with.”

Five is receiving disability benefits as a result of the trauma of his isolation. “The damage that I can never recover from is the extreme anxiety attacks I still live with seven years later.”

“Living in the shelter system of New York City only increased my everyday possibility of returning to prison. Survivors are left to be dropped off after months or even years in total isolation.”

“I found myself fighting for everything I needed to survive,” Five said, such as medication, housing, and food. “With no answers to any of these life-saving needs, it often is just easier to just give up, leave this painful world behind.”

“If it wasn’t for my sons and the hope I keep alive that we will someday end torture, I would have taken my life a long time ago. It’s a space very easy to find yourself in. Isolation brings a despair that is only soothed by death or a solution that takes you away from the pain of existing and living in a constant state of torture.“

There is a paucity of research on relationships between short stays in solitary confinement and post-release mortality.

One of the few such studies was published in the Journal of the American Medical Association in October 2019. It looked at 229,274 people released from North Carolina state prisons between December 2000 to December 2015.

Researchers found that prisoners who spent any time in restrictive housing “were more likely to die in the first year after release of all causes, especially from suicide and homicide” than prisoners who were not isolated.

They also discovered that those individuals were “more likely to die of an opioid overdose in the first two weeks after release and to become reincarcerated.”

Additionally, individuals with two or more exposures to solitary confinement “had a greater risk of death or reincarceration.”

North Carolina prisoners who experienced less than 14 days in solitary confinement had elevated mortality similar to the Denmark study. For all causes of death, this group was 17 percent more likely to die within a year after release.

Those who spent more than 14 consecutive days in isolation “had a greater risk of all-cause mortality, homicide, suicide, and reincarceration within 1 year after release but not of opioid overdose deaths” compared to prisoners who never went to the hole.

“Further, the association of restrictive housing with opioid overdose death and suicide after release was more pronounced among white individuals compared with nonwhite individuals.”

Do the Mandela Rules on Solitary Confinement Go Far Enough?

Given the significant differences in imprisonment and reentry conditions between Denmark and the U.S., the results of these studies should provide a sense of urgency for more research and action on drastically reducing the use of solitary confinement.

Incarceration practices in Denmark and other Scandinavian countries have been lauded by reformers in the U.S. as a potential model. Yet, even in Denmark’s system, in which far fewer people spend much less time in conditions that are superior to U.S. prisons, researchers found elevated rates of mortality among those who spent a few days in isolation.

In 2015, the United Nations special rapporteur on torture revised international detention standards known as the Mandela Rules to declare that exposure to solitary confinement for 15 consecutive days or more is torture. This became a standard that several state prison systems would use to guide reforms.

But the results from the Denmark and North Carolina studies might indicate that reforms set to the Mandela Rules standard fall short of what is necessary to protect life during and after incarceration.

Additional research on the relationship between solitary confinement and post-release mortality is necessary and may provide additional evidence for abolishing the practice in the U.S. entirely.

“This existence post solitary is not existing,” Five said. “It’s as if I’m a ghost haunting a body I used to own and battling a raging mind I have no way of rewiring back to a time before the box.”