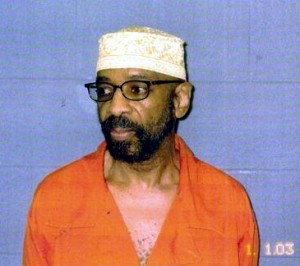 Russell “Maroon” Shoatz, a former Black Panther who escaped from Pennsylvania prisons twice in the 1970s, was held in solitary confinement for nearly thirty-three years, including twenty-two consecutive years, from 1991 to 2014. During that time, Shoatz was in confined to his cell, in complete social isolation, for 23-24 hours a day. He contends that his time in solitary has lead him to develop severe mental health issues, including chronic depression, anxiety, suicidal ideation, and more–and that the length of time he was held in isolation was based, at least in part, on his political beliefs. But as of last month, Shoatz is one step closer to potential legal remedy for his decades in solitary confinement.

Since 2013, Shoatz has been engaged in a legal suit against the secretary of the Pennsylvania Department of Corrections and the warden of State Correctional Institution at Greene (SCI Greene). The suit alleges that Shoatz’s Eighth Amendment right to be protected from cruel and unusual punishment was violated by the extreme duration and conditions of his stay in solitary confinement, and that his Fourteenth Amendment due process rights were violated by the prison’s administrative review process, which Shoatz’s lawyers say made his release from solitary confinement back into the general prison population nearly impossible.

On February 12th, federal Judge Cynthia Reed Eddy ruled that the civil suit will go to trial in the US District Court in Western Pennsylvania. The case had been up for a potential pre-trial ruling known as summary judgment. Both Shoatz and the defendants, Wetzel and Folino, had filed opposing motions for a summary judgment. In her denial of summary judgment, Judge Eddy wrote that while Shoatz and the Department of Corrections are in agreement about Shoatz’s criminal history and the duration of his solitary confinement, “beyond these facts, the parties agree on little else.” She also noted that the Supreme Court, in Hutto v. Finney, has expressed concern about the possible unconstitutionality of solitary confinement, “depending on the duration of the confinement and the conditions thereof.”

Shoatz’s case is not a class action suit, so any eventual trial decision will only apply to him. However, the precedent that the case will set could have wide reverberations for the 80,000 to 100,000 Americans who are still held in solitary confinement, many for long periods of time–and most without the benefit of the type of diligent legal counsel that Shoatz has recently had. Shoatz’s case has avoided a pre-trial dismissal on the grounds of technicalities, unlike thousands of other similar cases brought forth without representation. Such dismissals have been extremely common since the passing of the 1995 Prison Litigation Reform Act, which makes it extremely difficult for imprisoned people to sue the government.

One of Shoatz’s lawyers, Bret Grote of the Abolitionist Law Center, was unsurprised that Judge Eddy chose not to give a final ruling without allowing the case to go to trial.  “I’m not surprised she denied our motion [for summary judgment],” he said. “She would have been getting farther ahead than any of the other federal courts in ruling what is excessive solitary confinement without fact-finding during a trial.”

Grote further noted that two of three similar cases challenging the duration of solitary confinement in recent years have been found to have sufficient cause to go to trial. Grote cited the summary judgment of the Angola Three case as “a seminal opinion that laid out a roadmap for Shoatz’s case.”

Shoatz, has been in prison since 1972, when he was found guilty of a first-degree murder that was part of a 1970 Black Liberation Army attack on a Philadelphia police station, which resulted in the death of one officer and the injury of another. In 1977, Shoatz and several other prisoners overtook a cell block, injuring several guards with a knife, and escaped from prison. While he was on the run, he went to the home of a prison guard and eventually forced the guard, his wife, and child into the woods, where he left them tied to a tree for several hours. Back in prison after his re-apprehension, Shoatz was diagnosed with paranoid-schizophrenia and depressive disorder and transferred to Fairview State Hospital for the Criminally Insane. In 1980, he was able to briefly pull off an escape from Fairview. When he was caught and put back in prison, he began the first of his many long stints in solitary confinement.

While in solitary, Shoatz was kept in a 7 x 12-foot cell in the Restricted Housing Unit (RHU), an official euphemism for the block of cells used for solitary confinement. Rubber strips surrounded the sides and bottom of the cell door, effectively making his cell a sensory deprivation chamber. The light of this cell remained on 24 hours a day, a practice that Dr. James Gilligan, a psychiatrist serving as an expert witness before the court, called “a well-known method of torture,” in his declaration for the court. Prisoners in the RHU were prevented from talking to each other, increasing the extreme social isolation beyond that which is inherent in physical isolation.

Shoatz was only allowed out of his cell for one hour a day, five days a week, to exercise in a cage not significantly larger than a cell. This limited recreation time required an intrusive strip search, which made Shoatz anxious and caused him to rarely leave his cell during the small window of time he was afforded to do so. He was also moved to a different cell every thirty to ninety days. Shoatz wrote in his declaration for the court, that “this increased my anxiety because I could never settle into one place, and nobody ever told me why I was being moved. I also had heightened anxiety because I was concerned that my property would be taken during cell transfers, since it was searched upon leaving one cell as well as when entering the next, and periodically items such as approved reading materials and my own writings would be confiscated during cell transfers.”

Through the twenty-two consecutive years of solitary, Shoatz’s mental health deteriorated tremendously, according to evidence presented in the lawsuit. Dr. Gilligan concluded that years of extreme isolation and the specific conditions of his time in solitary confinement led to a menagerie of mental health problems. Shoatz’s mental health issues have continued to persist since his release back into general prison population, and include chronic depression, despair, intermittent suicidal ideation, problems concentrating, short-term memory loss, and insomnia. During the last six years he was in solitary confinement, he could not sleep for more than four hours a night. Despite his apparently deteriorating mental health, entire decades passed without the prison giving Shoatz a mental health evaluation.

The extreme isolation, Shoatz claims, also left him emotionally numb and unable to form intimate relationships. Though he is no longer confined to his cell, he rarely leaves unless he is required to do so. Speaking during his evaluation about his time in solitary, Shoatz told Dr. Gilligan, “I was infantilized for so long. I had to deal with very few people. I developed no skills as to how to be in a relationship. I felt relief from the ending of my relationship with [his former fiancé]. Nothing painful – I just don’t care.”

In 2004, the Pennsylvania Department of Corrections created the Restricted Release List (RRL), which kept those with RRL status in solitary indefinitely. The list also prevented anyone placed on the list from being released from solitary confinement in the RHU without the DOC Secretary’s approval. For the secretary to consider this approval, the prison’s warden had to recommend him for release. A grievance committee heard from Shoatz every one to three months, but they only had the ability to make minor changes, like providing an extra blanket to a prisoner. Neither the committee, nor anyone else, ever provided Shoatz with a rationale for his continued solitary confinement in RHU. Shoatz’s lawyers called the review system “seriously Kafkaesque.”

Still, each time he met with the committee, Shoatz asked to be released from solitary confinement. Despite being made aware of Shoatz’s condition, including meeting with Shoatz’s daughter in 2012, Secretary Wetzel never reviewed Shoatz’s RRL status from 2004 until his release from solitary in 2014. In a document provided to the court, a 2012 SCI – Greene staff document admitted that at 68 years old, Shoatz himself was not a serious escape risk, but argued that his history of political organizing “poses a substantial risk to the staff and the security of our institution.”

Standard international rules for the treatment of prisoners have been in place since the 1950s, but that the UN clarified them last year, laying out what are now called the Nelson Mandela Rules. Juan Mendez, the UN Special Rapporteur on Torture, who also provided expert witness in Shoatz’s suit, told Solitary Watch that under international and US law, that more than fifteen days in solitary would constitute cruel and unusual punishment, but that the duration of Shoatz’s stay in solitary “violates international law and is definitely torture.”

Amy Fettig, Senior Staff Council at the ACLU’s National Prison Project and the director of the Stop Solitary Campaign, placed the developments in Shoatz’s case within a growing trend of resistance to the widespread use of solitary confinement. “What we’re seeing right now from the public, from corrections itself, and from the judiciary, is a recognition that solitary confinement is overused and abused in this country. There’s a growing consensus that we need to be doing something different. The open question is what.”

Asked about the Shoatz case, the Pennsylvania Department of Corrections responded: “We decline to comment on ongoing litigation.”