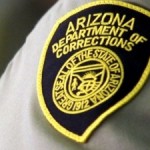 The Arizona Department of Corrections (ADC) has agreed to a settlement in a class-action lawsuit filed by the American Civil Liberties Union (ACLU), the Prison Law Office and their co-counsel on behalf of more than 33,000 people held in state prisons.

Filed in 2012, the landmark case was scheduled to go to trial earlier this month in federal court. The lawsuit asserts that people held in ADC prisons are not provided access to sufficient mental health care, medical care and dental care, resulting in deaths. The suit also alleges excessive use of solitary confinement by the state.

The settlement in Parsons v. Ryan requires the ADC to put in place major measures to rectify extensive inadequacies to its health care program, which a recent press release by the ACLU describes as a “system plagued by long-term and systemic problems that caused numerous deaths and preventable injuries.”

To comply with the settlement, the ADC must meet over 100 health care performance initiatives, including issues like monitoring people “with diabetes, hypertension, and other chronic conditions; care for pregnant prisoners; and dental care.”

The settlement also requires the ADC to implement new restrictions on placing people suffering from mental illness in solitary confinement. The ADC must further grant those with mental illnesses who are held in isolation additional access to mental health treatment and more time outside of their cells.

The ACLU said, “Instead of spending all but six hours a week in their cells, such prisoners will now have at least 19 hours a week outside the cell, and this time must include mental health treatment and other programming.”

The settlement also restricts the use of pepper spray by guards on these people, requiring that it only be used “as a last resort when necessary to prevent serious injury or escape.”

According to The Arizona Republic, the settlement further states that chemical agents should be used only on those deemed “seriously mentally ill” (SMI) in the instance of an “imminent threat.”

The story also notes that the ADC denies the charges in the complaint, maintaining “the settlement is not an admission of wrongdoing or liability.”

The agreement is to stay in effect for a minimum of four years.

The ADC has consented to pay all attorneys’ fees, which amount to $4.9 million, to the ACLU of Arizona and the other parties that filed suit.

David Fathi, the Director of the ACLU’s National Prison Project, said, “We hope other states will now find ways to provide adequate medical, mental health, and dental care to their prisoners.”