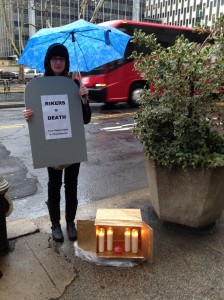 In early January the Wall Street Journal reported that the New York City Department of Correction (DOC) had ceased using solitary confinement as a form of punishment for people with mental illness. The last of the Mental Health Assessment Unit for Infracted Inmates (MHAUII) units was shuttered on December 31, replaced by a two-tiered system said to improve treatment. The step was hailed a significant achievement for outgoing DOC City Commissioner Dora Schriro, whose department came under fire this past fall after two reports lambasted the DOC for violating its own standards in its treatment of the mentally ill.

However, a meeting on Tuesday morning of the Board of Correction (BOC), an independent body that monitors the City’s jail system, presented a far different picture of conditions for individuals with mental illness on Rikers Island – as well as a different version of how changes in the DOC’s solitary confinement policies have come about.

Just after 8 am on Tuesday, in the chilly morning rain, activists from the advocacy group Jails Action Coalition (JAC) stood on the sidewalk outside the municipal office building on Worth Street where the BOC was scheduled to meet. They were holding a vigil for the four individuals who have died in City jails in the past three months, carrying tombstone-shaped posters reading “RIKERS=DEATH” beside a makeshift alter with four candles, and singing and chanting to the people passing by.

Leah, a longtime JAC activist, explained that she had braved the weather for the sake of her godson, who has a psychiatric disability and is currently incarcerated on Rikers Island. She was waiting to see whether the recent changes made by the DOC would actually have an impact on the people inside. As she explained, sometimes the DOC enacts new policies to appease the citizenry “but really, it’s the same old thing.”

At just past nine o’clock the vigil participants passed through security and joined the BOC meeting on the third floor. The bulk of time was dedicated to discussing the quality of care at the recently developed Restrictive Housing Units (RHU) and Clinical Alternative to Punitive Segregation (CAPS) program, the facilities meant to replace MHAUII. According to DOC protocol, individuals who violate prison rules will now be sent to one of the two units: the RHU for those who are deemed less severely ill, who will still spend time in solitary but have access to therapeutic services; and the CAPS unit, modeled after a psychiatric hospital, for those with more serious illnesses.

According to the WSJ article, prison advocates were somewhat critical of the proposed changes after they were announced, calling the RHU model “far too punitive” and expressing concerns that individuals with mental illness might be placed in CAPS regardless of whether they broke the rules. The Board’s initial discussion seemed to support many of their concerns.

BOC members shared the details of their first site visit, on December 5, to the newly opened RHU at Rose M Singer Center (RMSC), the main women’s jail on Rikers. According to the Honorable Bryanne Hamill, a former New York Family Court judge,  Board staff asked for assistance from a nearby corrections officer when one woman – who had smeared feces on the window of her cell – failed to respond to their knocks. The CO opened the food slot in the cell’s solid steel door and shined light inside, but was still unable to ascertain if the occupant was conscious.

At the prodding of BOC members, the CO summoned four captains – but it was not until the Board notified Commissioner Schriro that the door was eventually unlocked. The woman was found unresponsive on the floor under the bed with a ligature wrapped around her neck. By the time the woman was taken out of her cell by medical staff, nearly an hour had passed since the visitors had first arrived at her door. Judge Hamill added that she spoke to another prisoner who told her that the unresponsive woman had been threatening suicide; Hamill reassured her that the woman had been found alive.

BOC member Dr Robert L. Cohen, a key player in efforts to reform solitary on Rikers, also participated in site visits. Cohen stressed that neither the COs nor the leadership in NYC’s prisons seemed prepared for the task at hand.  Although the RHU program at Otis Bantum Correctional Center (OBCC) technically opened on December 19th, Cohen reported that the jail’s warden was “not aware that there was an RHU at OBCC” when Cohen spoke to her on January 3. Cohen also emphasized his concern that the DOC has no plan to identify and train officers and captain staff who are willing to work in the units on a regular basis.

Both Dr. Cohen and Judge Hamill expressed disappointment that access to therapeutic programming in the RHU had so far been almost non-existent. They did, however, have some praise for the new mental health programs established at the DOC, noting that they were greatly impressed with the ongoing quality of care in the CAPS units.

At the end of the meeting, Jennifer Parish, the director of criminal justice advocacy at the Urban Justice Center’s Mental Health Project and a member of JAC, spoke about her own visit to the RHU at RMSC, which occurred just days after the BOC’s.  One woman held in the unit relayed to Parish what had happened after she told the BOC member (presumably Judge Hamill) that the woman found unconscious had been threatening suicide. After the Board members left the prison, she said, a CO approached her cell to tell her, “there won’t be any food for you.” Parish expressed frustration that this kind of retaliation of could go on even when BOC was involved.

Commissioner Schriro’s voice cracked with emotion as the meeting came to a close. Schriro, who is leaving the DOC to take a job in Connecticut, has been broadly praised for the recent changes in DOC policy, and commented to the press that her department was “proud to have met this significant milestone.”  In truth, however, solitary confinement increased significantly under Schriro’s tenure. In 2011 alone the number of punitive segregation cells at Rikers grew by 45 percent,  and by the time the  BOC-commissioned reports were released this past fall, New York City had one of the highest rates of solitary confinement in the country.

The Correction Officers’ Benevolent Association (COBA) pressed particularly hard for the increase in punitive bed space, attributing a spike in attacks on COs to the backlog of prisoners waiting to serve time in “the Bing,” as solitary confinement on Rikers is called. At a November 2011 City Council meeting, Schriro was grilled by City Council member Elizabeth Crowley about the problem.  Schriro reassured her that capacity was being expanded as quickly as possible: ” Every bed that can be converted is being converted.”

Community groups maintain that the DOC only considered adopting new policies as a result of the press fall-out from the BOC-commissioned reports – and that the reports were, in turn, ordered as a result of the campaigning of JAC and other advocates. Those same factors, along with pressure from a few BOC members, led the Board in September to vote to commence “rule-making” to eventually set new policies limiting the use of solitary in City jails.

Tuesday’s meeting was the last for Commissioner Schriro, but her legacy is not the only thing in flux. Mayor Bill DeBlasio has yet announce to his appointment to the post of DOC commissioner, and there are mixed signals as to whether he will live up to the progressive image he cultivated during his campaign.

Last Friday at Brooklyn College, DeBlasio emceed the graduation for the DOC’s newest recruits, telling them: “You’re protecting all of us….You’re protecting each other. You have each other’s backs. And you’re also protecting some people who have made mistakes.” He continued, “We’re not happy with some of the choices those individuals made, but they’re still our fellow citizens, and we’re hopefully in the process of helping them back to a better path.”

Yet there are some red flags to suggest substantial prison reform isn’t on DeBlasio’s agenda. Bill Bratton, the mayor’s appointment for police commissioner, has pursued racially discriminatory policing policies in the past.  Moreover, during his campaign DeBlasio was endorsed by COBA – a worrying sign for advocates, given that the role the union played in increasing the use of solitary and their resistance to adopting alternative solutions.

For Sarah Kerr, a staff attorney in the Prisoners’ Rights Project of The Legal Aid Society, the BOC’s experiences on the tour reveal the deeply protracted nature of the problems within the DOC.  She wondered aloud what it means that it took an hour for the woman’s cell door to be opened, even when BOC members were present.  She added that challenging this institutional culture will be an “incredibly hard” task for the DOC, but that doing so is absolutely necessary if things are to change.

For Daisy Rodriguez, another member of JAC, these changes cannot come quickly enough. Her 21-year-old son has been in solitary confinement in New York’s jails for the past 18 months.  She told the audience at the meeting, “We want our families to obtain the services they need rather than be treated like animals.”