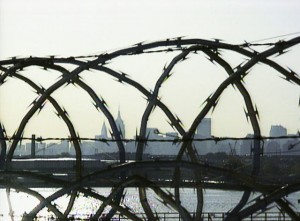 Two recent reports provide a scathing picture of how solitary confinement is employed as a routine disciplinary measure on Rikers Island and in other city jails. The reports are particularly critical of the use of extreme isolation and deprivation on individuals with psychological disabilities, including mentally ill teenagers.

The two reports were prepared for the Board of Correction (BOC), which functions as the oversight agency for the New York City jail system, ensuring that all city correctional facilities comply with minimum regulations of care. In recent months, under pressure from local activists, the BOC has been reconsidering the liberal use of solitary confinement in the city’s jails, and conducting fact-finding on the subject.

The first of two reports commissioned by the BOC was released in September 2013. Dr. James Gilligan and Dr. Bandy Lee authored the report, addressing the use of solitary confinement in the city’s jails.  This past June, Dr. Gilligan and Dr. Lee were asked to assess whether the city’s jails were in compliance with the current Mental Health Minimum Standards set forth by the Board of Correction.

On Rikers Island, which houses more than 10,000 of the 13,000 women, men and children in the city’s jails, 1 in every 10 people is in isolated confinement at any time.  Many are placed there for nonviolent offenses at the discretion of corrections officers.  This distinguishes New York as a city with one of the highest rates of prison isolation in the country–about double the national average.

The report’s findings are a resounding criticism of the current use of punitive segregation, and point both to violations of the Mental Health Minimum Standards as well as to practices within the jail system that are harmful to those who suffer from mental illness. The report’s authors point to snapshot data in which the number of people with mental illness in solitary confinement is almost double the number of those with mental illness in the jail population generally. The authors conclude that mentally ill people in the jail system are being disproportionately placed in solitary confinement.

The report also claims that the nation’s prisons and jails have become “de facto mental hospitals,” pointing to the fact that roughly 95% of people with mental illness who are currently institutionalized are in correctional facilities, while only 5% are in mental hospitals.

The Mental Health Minimum Standards mandate that mental healthcare be provided in a setting that is conducive to care and treatment. The report contends that prolonged use of solitary confinement for mentally ill people violates these Standards, because it has been used punitively, to create a stressful environment and to remove social contact, rather than to provide therapeutic services.

Moreover, the report holds that the Standards should be amended to emphasize that those with mental illness should not be held in segregation.  As the report states, “The goal of mental health treatment (and also of correctional practice) should be to do everything possible to foster, enhance and encourage the inmates’ ability to…behave in constructive and non-violent ways after they have returned to the community from jail.”

The city responded to the report with a point-by-point rejection of its findings, claiming that the principal conclusions drawn by Drs. Gilligan and Lee were based on an erroneous legal interpretation of the Mental Health Minimum Standards and that the report’s conclusions and further recommendations were unsupported by sufficient evidence. This response was put forth by a multiple agencies, including the Office of the Mayor, the Department of Corrections and the Department of Health and Mental Hygiene.

Drs. Gilligan and Lee responded in turn, claiming that a strictly legal interpretation ignored the changing conditions of the current prison system as well as a misunderstanding of human psychology and behavior.  In order to reach a true understanding of the harm caused by punitive segregation, the authors say, we need to take into account the psychological effects of isolation, as well as the recent influx of people with mental illness into our prisons and jails.

One week after Drs. Gilligan and Lee published their report, the BOC voted unanimously to begin rulemaking to limit the use of solitary confinement in New York City.

These events follow a meeting held in June, in which the Board of Correction voted against limiting solitary confinement in the city’s jails, rejecting a petition put forth by the grassroots group known as the Jails Action Committee (JAC). The petition, if it had been accepted, would have limited solitary confinement as a last resort punishment for violent behavior only, and banned it entirely for children, young adults, and those with mental and physical disabilities.

BOC member Dr. Robert Cohen, a Manhattan physician and expert on prison health and mental health care, vocally supported JAC’s petition. At this June meeting, he called the use of solitary “dangerous,” especially for people with mental illness and adolescents, who are confined in punitive segregation at particularly high rates.  “During the past three years,” he pointed out, ”the percentage of prisoners languishing in solitary confinement has increased dramatically, without benefit in terms of decreased violence or increased safety on Rikers Island,” either for corrections officers or the prisoners themselves.

Dr. Cohen’s statement rings especially true after the release of the most recent BOC report in October, one month after the first report was published. Providing new information about the suffering of mentally ill youth placed in solitary confinement, the report describes the experiences of three adolescent boys at Rikers Island, each held in punitive segregation for more than 200 days, each suffering from mental illness. Youth and adolescents are among the most vulnerable populations in New York’s jail system; the report makes clear, however, that segregating mentally ill youth as a form of punishment is both negligent and dangerous.  The city has yet to respond to this latest criticism of solitary confinement.

The consequences of time spent in solitary confinement are lengthy and harmful, Cohen and other experts say; they include negative effects on mental health, including severe depression, anxiety, hallucinations, paranoia, insomnia, and panic attacks. Furthermore, studies have shown that common patterns of depression, anxiety, anger, and suicidal thoughts often leave individuals more prone to unstable and violent behavior, which can in turn lead to higher rates of recidivism.