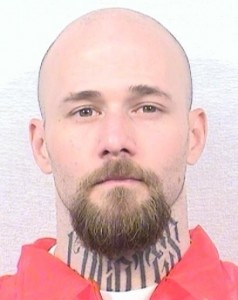 Over the weekend, news came out that a hunger strike participant at California State Prison, Corcoran had committed suicide. Billy Michael Sell, 32, killed himself on July 22nd, two weeks after the launch of an on-going statewide hunger strike against long-term solitary confinement and related prison conditions. While the California Department of Corrections and Rehabilitation (CDCR) initially made a point of claiming that Sell was not on hunger strike at the time of his death, it confirmed last afternoon that Sell had been on strike from July 8th until July 21st while in the Security Housing Unit (SHU).The Kings County Coroner confirmed on Monday that Sell died as a result of hanging while in solitary confinement. Sell, unlike most California hunger strikers, was in the SHU since December 2007 for murdering his cellmate. Approximately 3,000 of the 4,500 men held in the SHU are there for alleged gang affiliation, and the remaining 1,500 are generally there for set terms for disciplinary infractions. 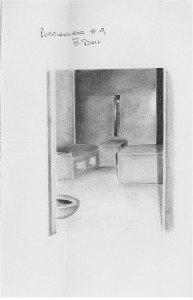 Sell, nicknamed “Guero” by those who knew him, had been incarcerated since 1999 on a life-sentence for attempted murder. Regardless of what one thinks about the conduct of people in prison, the suicide of prisoners and the desperation that has prompted three statewide California prison hunger strikes is indicative of a system in crisis. California remains under federal court supervision to ensure that California reduces its overcrowded prison system, delivers Constitutionally acceptable health services, and protects those diagnosed as mentally ill.In his review of the 34 suicides in CDCR facilities in 2011, Dr. Patterson found that:

Things were more or less the same in his review of the first 15 suicides in 2012:

As is clear from this data, the suicides in California prisons disproportionately occur in segregation units, and particularly with inmates in solitary confinement. Solitary Watch has previously reported on suicides in solitary confinement units. In 2011, prisoners Armando Cruz and Alex Machado committed suicide in California State Prison, Sacramento’s Psychiatric Services Unit and Pelican Bay State Prison’s Administrative Segregation Unit, respectively. Both had spent years in segregation units, both had a history of self-harm and threatening to commit suicide. Cruz had entered the prison system at the age of 17 with a heavily documented history of psychosis, and his hallucinations are documented to have become worse while being placed in and out of segregation units.  Machado was known as an intelligent jailhouse lawyer with no history of psychological problems until being placed in segregation at Pelican Bay following his validation as an associate of the Mexican Mafia prison gang. Machado would attempt suicide and exhibit bizarre behavior and paranoia in the months before committing suicide.

With the death of Sell, and the hunger strike now over three weeks, there has been a growing spotlight on California, with Hollywood stars even announcing their support for reforms. With thousands in solitary confinement and the prison system driving dozens a year to suicide, increasing attention at least raises the possibility of meaningful policy review and reforms.