New Mexico Man Gets $15.5 Million for His Two-Year Ordeal in Solitary 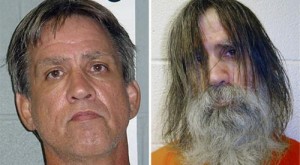 When Stephen Slevin was released after 22 months of solitary confinement in a New Mexico county jail, he looked like someone emerging from a medieval dungeon: filthy and emaciated, with long hair and beard, sunken features, and haunted eyes. Slevin had never been convicted of a crime, never even had a hearing. But in 2005, he was thrown in solitary and effectively forgotten.

Even in a nation where prisoner abuse is an everyday occurrence and prisoner lawsuits are routinely suppressed, Slevin’s ordeal was enough to earn him his day in court. And even in a nation where long-term solitary confinement in itself is not considered a violation of civil rights, Slevin successfully sued the county that had incarcerated him–and recently, settled for $15.5 million.

Slevin was arrested in August 2005 on charges of DWI and receiving a stolen vehicle, though he maintained the car was given to him by a friend. At the time of his arrest, Slevin was battling depression and was attempting to leave Las Cruces, N.M.

In jail, officers believed he was suicidal, so they threw him in a padded cell for three days, [Slevin’s attorney Matthew] Coyte told NBC News. Slevin received a medical examination during that period, but for the rest of his 22 months in jail — much of which he spent in solitary confinement, in a cell without natural light — he was not allowed to see a doctor, even after telling a prison nurse in letters that his depression was worsening and he needed treatment for other health issues.

According to Coyte, Slevin was forced to remove his own tooth because prison officials would not allow him to see a dentist. He also developed skin fungus and bed sores because he was deprived of showers, according to court documents. His toe nails grew so long that they curled around his foot.

Slevin spent two weeks in a mental health facility in 2007 for psychiatric review, court documents said. His health improved there, but he was sent back to solitary confinement until his release.

Charges were finally dropped against Slevin when he was deemed unfit to participate in his own defense. Coyte says his client was let go only because his sister had started calling county officials and legislators asking about his condition.

According to MSN News, from the time of his arrest, Slevin wrote more than a dozen letters to the jail nurse:

“I have not slept in days,” says one letter from Sept. 4, 2005, a couple weeks into solitary confinement. “I’m in a deep depression.” The letter also mentions his lack of appetite. . .

Two months later, KOB.com reported, Slevin wrote a letter again pleading for help, saying, “My dreams have been both weird and bizarre.” By the end of November 2005, he wrote, “I’m afraid to close my eyes.”

Coyte, his lawyer, told KOB that if Slevin got any response at all, it was just to up his sedatives. “He referred to a ‘Dr. Don’ [in the letters],” Coyte told KOB.com. “There was no doctor looking after him. There was a nurse, the nurse practitioner.” But the so-called nurse practitioner only had a bachelor’s degree in psychology and no actual medical qualifications, KOB reported.

After a few months, Slevin gave up, writing: “I don’t know how much longer I can go on.” “That was when he fell into a delirium,” Coyte told KOB.com.

Slevin sued San Dona County in federal court in 2008, and in January 2012, a jury awarded him $22 million in damages. But the county refused to pay and filed a motion for a new trial, claiming that the award was “excessive.” In December 2012, according to the Santa Fe Reporter:

US District Court Judge Martha Vazquez rejected arguments from county lawyers that the award was excessive.

“The Court finds that the jury’s compensatory damages award was justified by the evidence and cannot be said by reason of its amount to demonstrate bias or passion on the part of the jury in arriving at its verdict,” Vazquez writes in her final order . . . Vazquez referenced other higher court decisions giving jurors exclusive purview of the jury to evaluate credibility and fix damages.

The Tenth Circuit has made clear that, unless the jury has awarded damages ‘so excessive as to shock the judicial conscience and to raise an irresistible inference that passion, prejudice, corruption or other improper cause invaded the trial, the jury’s determination of the damages is considered inviolate.’

. . . [A]ttorneys for the defendants wanted Vazquez to lower the $15 million in compensatory damages to $2 million. . . As the First Circuit has explained, “dollars are at best a rough and awkward proxy for time spent in the throes of wrongful incarceration.

Judge Vazquez agreed with other court rulings that there “is more than a mere possibility that the punitive damage awards in this case were properly intended to punish what has occurred and to deter its repetition.”

In response to the December 2012 ruling, Slevin’s attorney said he hoped the court victory will send a message to the county that prisoners, “deserve more humane treatment,” but he was not optimistic. He said he expected the county to continue fighting the award. Furthermore, Coyte said that he did not believe that the county would likely make any meaningful changes at the jail. He told the Santa Fe Reporter:

“Instead of accusing the judge or the jury of being overcome by prejudice as they have done in their post trial motions, they should stop and take a look at their own behavior. In the 10 months since the $22 million verdict very little has changed in the approach of those in charge of the jail. There has been an inmate death, and what has been described as a riot in one of the pods. There have also been reports of rubber bullets being used to control the behavior of pre-trial detainees.”

On March 6, approximately three months after the courts upheld the judgment, Slevin and San Dona County settled for$15.5 million. According to the Santa Fe Reporter, attorney Matthew Coyte said: “[T]his settlement, although very large, does not give back to Mr. Slevin what was taken from him, but if it prevents others from enduring the pain and suffering he was subjected to, then the fight has been worthwhile.” According to the article, Slevin said that it was not money that motivated him to sue, but to make a statement about his conditions of confinement.

The Board of County Commissioners says it, “deeply regrets the harm Mr. Slevin suffered during this period.” And the county states that it has made since significant changes at the jail, designed to provide prisoners with better access to medical care and mental health services.

But according to NBC News, the Dona Ana County public information officer said no jail personnel have been fired over Slevin’s treatment–and for Coyte, “there’s still one more change that needs to be made: Dona Ana County Jail’s warden.

“If you were in the trial and heard what the person who ran the facility said, you would be appalled,” Coyte said. “I get lots of people [inmates] calling from that jail asking for help. Am I pleased that they’ve spent more money in the jail? Absolutely. I’m pleased that Mr. Slevin’s case has made a difference in the jail. But the same people are running it, and it’s an attitude of how you run something.”

3 thoughts on “New Mexico Man Gets $15.5 Million for His Two-Year Ordeal in Solitary”