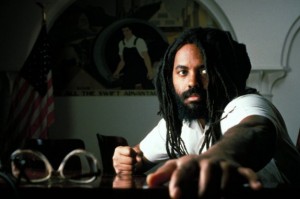 In a story that has received scant attention so far, former death row occupant, political prisoner, and world-renowned journalist Mumia Abu-Jamal filed a legal challenge to the imposition of a sentence of life without parole. Mumia is basing his case, in part, on the idea that his thirty years in solitary confinement on Pennsylvania’s death row pursuant to an unconstitutional death-sentence is in gross excess of the quantum of state-inflicted pain and suffering permitted under the Eighth Amendment to theU.S. Constitution. He is asserting that thirty years of torture entitles him to immediate release from prison.

The case of the Commonwealth v. Abu-Jamal has been up and down the state and federal appellate courts for three decades now. Last December, after the United States Supreme Court had declined to reverse a lower court’s ruling that the death sentence was unconstitutionally imposed upon Mumia, Philadelphia District Attorney Seth Williams announced he would not seek the death penalty in a new penalty phase hearing. This meant that Mumia would be re-sentenced to life without the possibility of parole for a crime he has always maintained he did not commit.

After the imposition of a sentence by a court, a criminal defendant has ten days to file a post-sentence motion challenging the lawfulness of the sentence. As reported by Linn Washington, Mumia was almost deprived of this right when Philadelphia Court of Common Pleas judge Pamela Dembe sentenced him on August 13 to life without parole without notifying him or his lawyers or even holding a sentencing hearing.

The last-minute motion filed on August 23 echoes a statement made by the Archbishop Desmond Tutu last December calling forMumia’s release from prison in part because “For three decades, Mumia has been held in a windowless, bathroom-sized cell and denied any physical contact with his family or with members of his community. This is in violation of the U.S.’s own Constitution.”

While thirty years in the austere and soul-crushing atmosphere of death row may be longer than most, it is not uncommon for prisoners awaiting execution to first be tortured by years and decades of solitary confinement. According to a 2011 report by the Center for Constitutional Rights, The United States Tortures Before It Kills, there are approximately 3,250 people on death row in the U.S. Twenty-five of the thirty-four states that impose the death penalty hold death row prisoners in solitary for 23 hours or more each day. Prior to the state enacting the ultimate vengeance, the 52 people executed in the U.S. in 2009 spent an average of more than 14 years (169 months) on death row.

Former public defender Marc Bookman, currently the head of the Atlantic Center for Capital Representation in Philadelphia, stated in a recent article: “There’s been a decent number of studies looking at isolation and how it is really torture. And that’s what death row really is. It makes people mentally ill and it’s the equivalent of torture,” Bookman said. “I don’t think we as a society should be in the torture business.”

Mumia’s asserts that life without the possibility of parole, after having spent thirty years in solitary confinement on death row, is unlawful. His assertion represents a direct challenge against the power of the state to impose permanent, devastating, and lethal forms of violence against those people and communities it deems disposable or threatening.

The death sentence, prolonged and indefinite solitary confinement, and life without the possibility of parole represent a ghastly arsenal of state repression that is predicated upon the untenable propositions that some people are devoid of humanity, disposable, and are to be neutralized and destroyed psychologically, intellectually, spiritually, and bodily.

As the tremors within the U.S. prison archipelago continue to rumble deep underground, from the work strike of Georgia in December 2010 to the hunger strikes in California in 2011 and similar actions in Virginia, South Carolina, Ohio and elsewhere, those who are in the innermost core of the state’s apparatus of violence continue to point the way forward against this logic of dehumanization. Mumia has raised a challenge that resonates with this emerging trend of prisoner resistance, creating a broad, unifying platform for prisoners and the criminalized communities of color that most of them come from to fight back against state torture, death rows and death sentences, life without parole, and the venal and despicable ideologies that sustain them.

In challenging the authority of the state of Pennsylvania to sentence him to die in prison, Mumia Abu-Jamal has established a point of convergence for those men and women who are fighting for their lives and dignity within the vast and suffering colony that is the U.S. prison system.

Bret Grote is an investigator with the Human Rights Coalition, a Pennsylvania-based prison abolitionist and prisoner rights organization.

For details about the rally and legislative hearings on solitary confinement in Pennsylvania’s prisons, to be held this Monday and Tuesday, September 17 and 18, in Philadelphia, see Solitary Watch’s Action page or the websites of the Human Rights Coalition and the Pennsylvania House Democratic Policy Committee.