The federal government confirmed on Thursday that it plans to buy Thomson Correction Center. Obama has long envisioned the state prison in rural Illinois as a new home for the detainees from the so-called war on terror who are currently housed at Guantanamo Bay. But it is quite possible that no Gitmo residents will ever live there.

According to Lynn Sweet’s blog at the Chicago Sun-Times:

The Obama administration’s Justice Department “would be seeking to purchase the facility in Thomson even if detainees were not being considered for transfer there,” Assistant Attorney General Ronald Welch wrote in a letter to Rep. Don Manzullo (R-Ill.). However, Welch said the facility is being acquired “to fulfill both of the goals of reducing federal prison overcrowding and transferring a limited number of detainees out of Guantanamo.”

Thomson is in Manzullo’s district and the lawmaker has been trying to convince the Obama White House to buy Thomson to house just high security federal prisoners–not Guantanamo detainees.

The Justice Department request for $237 million to buy, activate and operate Thomson is in the fiscal 2011 budget now pending before Congress.

This would seem like a strange turn of events, since the administration’s whole reason for buying Thomson was as part of a scheme to shut down Guantanamo. But the White House has met with stiff resistance ever since December, when it announced plans to move about 100 terror suspects from Gitmo to the near-empty Illinois prison, once it had been purchased and renovated by the federal government. 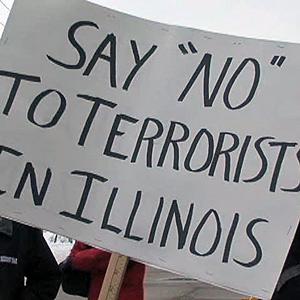 Before those plans could be carried out, however, Congress would need to change existing laws that limit the movement of Gitmo detainees, and it would need to approve the federal funds required to buy and upgrade Thomson. Instead, Congressional Republicans, along with some Democrats, quickly pronounced the president’s scheme a grave threat to national security and public safety, and declared that the captives at Guantanamo should remain right where they are.

Earlier this month, there was talk of a deal being brokered by Senator Lindsey Graham (R-SC) to round up support for closing Gitmo–if the White House would drop plans to try accused 9/11 conspirators in civilian courts and put them before military commissions instead.  “I don’t believe Khalid Sheikh Mohammed robbed a liquor store,” Graham said on “Face the Nation.” “If he’s not an enemy combatant, who would be?”

But last week, House Minority Leader John Boehner (R-Ohio) made it clear that he wasn’t playing ball. “I think we have a world-class facility at Guantanamo,” Boehner said on CNN. “There’s no reason to bring these terrorists into the United States. No reason to increase the threat level here–because they’re here, their friends may want to come.” He also declared: “They keep saying they are going to [close it]. They want $500 million from this Congress to rehabilitate this prison in northwest Illinois…I wouldn’t vote for this if you put a gun to my head.”

Against this backstory, what are we to make of the latest move by the White House–it’s pledge to buy Thomson regardless of whether Congress allows terrorism suspects to be transferred there? Does this represent Obama’s complete capitulation to his opponents in Congress and beyond–or a shrewd end run around them?

It’s clear that the residents of Thomson, Illinois–a depressed rural town on the banks of the Mississippi whose main claim to fame is that it’s the “watermelon capital of the world“–are hungry for the economic boost they believe a booming federal prison would provide. Their Republican member of Congress is pushing for it as well. But if they’re going to have a maximum security prison in their own backyards, they’d apparently prefer it be filled with good, old-fashioned American criminals, rather than foreign terrorists (convicted or not).

Is the president hoping that he can exploit this desperation to quietly carry out the first phase of his plan to close Guantanamo? Does he wager that if he can just get his hands on Thomson, he’ll eventually be able to slip his hundred Gitmo detainees into the 1,600-bed complex? Does he believe that if he builds it, sooner or later they will come?

A more meaningful question might be whether it even matters, at this point, if the detainees remain at Guantanamo or are brought to the proposed supermax unit at Thomson, which some critics have already dubbed Gitmo North.

If any of Guantanamo’s terrorism suspects are tried in civilian courts–a prospect that seems less likely by the day–they would not be sent to Thomson, but directly to the jurisdictions where their trials take place. Instead, the prospective tenants of the Illinois supermax would include two types of current Guantanamo detainees: One group, Obama acknowledged last May, will likely be held in indefinite detention without trial, because they “cannot be prosecuted for past crimes,” he said, but “nonetheless pose a threat to the security of the United States.” (In at least some of these cases, the suspects cannot be prosecuted because they were tortured during the Bush years.) Another group of detainees, the president has said, will continue to be tried under the system of military commissions established at Gitmo in 2006–albeit with some added legal protections. Facilities would be built at Thomson expressly for this purpose.

When the Thomson scheme was first announced, Glenn Greenwald wrote that the detainees sent there would “have exactly the same rights–or lack thereof–as they have now at Guantanamo.”

The sentiment behind Obama’s campaign vow to close Guantanamo was the right one, but the reality of how it’s being done negates that almost entirely.  What is the point of closing Guantanamo only to replicate its essential framework–imprisonment without trials–a few thousand miles to the North?  It’s true that the revised military commissions contain some important improvements over the ones used under Bush…But the fundamental elements of Guantanamo are being kept firmly in place.  What made Guantanamo so offensive and repugnant was not the fact that it was located in Cuba rather than Illinois.  The primary complaint was that it was a legal black hole because the detainees were kept in cages indefinitely with no charges or trials. That is being retained with the move to the North.

There is, I suppose, symbolic value in closing Guantanamo.  But what made Guantanamo such an affront to basic liberty and the rule of law was far more than symbolism, and it certainly had nothing to do with its locale.

There’s some question, as well, whether conditions at Thomson would be any better than those at Guantanamo, now that some of the most abject torture practices of the Bush years have ceased. Senator Orrin Hatch was ridiculed by some progressives last month for suggesting that the detainees might be  better off at Gitmo: “It’s pretty nice compared to Illinois–the place in Illinois where they want to put them,” Hatch said at a hearing of the Senate Select Committee on Intelligence. “It’d be nice and cold in the winter time and… all I can say is that I imagine there’ll be a hue and a cry that we’re not fair by bringing them here.” But it’s possible that Hatch could be right. 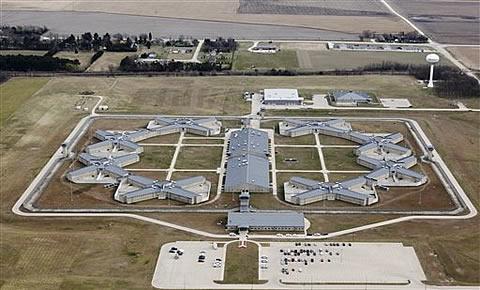 Illinois Senator Dick Durban has already promised that the supermax portion of Thomson “would be the most secure prison in the United States of America”; Governor Pat Quinn concurs. It’s a safe bet that former Gitmo residents there would live in an extreme version of the Communications Management Units already in place at other federal prisons, blocked from virtually all contact  with the outside world as well as with other prisoners, and plunged into permanent isolation. It would likely surpass even the notorious ADX federal supermax in Florence, Colorado, which bars some of its inamtes from all human contact even with guards. A former warden called ADX “a clean version of hell.” (The federal Bureau of Prisons, by the way, insists that “solitary confinement” does not exist within its system; inmates who live in isolated lockdown are in “Special Housing Units.”)

This is the final grim reality to be faced in contemplating Obama’s plan to close Gitmo, should it ever come to pass: Residence in a stateside prison is no guarantee of immunity from torture. While a federal supermax in Illinois will never be the site of waterboarding, torture of various kinds take place routinely at prisons across the United States (including the terrible Tamms supermax, not far from Thomson in Illinois). For some reason, it has never inspired the kind of progressive resistance that rose up in response to Guantanamo or Abu Ghraib, but it goes on nonetheless. A 2004 report from Human Rights Watch stated:

In recent years, U.S. prison inmates have been beaten with fists and batons, stomped on, kicked, shot, stunned with electronic devices, doused with chemical sprays, choked, and slammed face first onto concrete floors by the officers whose job it is to guard them. Inmates have ended up with broken jaws, smashed ribs, perforated eardrums, missing teeth, burn scars—not to mention psychological scars and emotional pain. Some have died.

Both men and women prisoners—but especially women—face staff rape and sexual abuse. Correctional officers will bribe, coerce, or violently force inmates into granting sexual favors, including oral sex or intercourse. Prison staff have laughed at and ignored the pleas of male prisoners seeking protection from rape by other inmates….

Even detained children and youth are not immune from staff brutality and abuse. They too are kicked, beaten, punched, choked, and sexually preyed upon by adult staff.

In addition, some 25,000 supermax prisoners, along with 50,000 to 80,000 others, live in extended solitary confinement within the borders of the United States. This kind of isolation has been deemed torture by a number of international conventions, and by everyone who has ever experienced it.

None of this will change because a hundred prisoners are taken on a 2,000 mile journey north, from the shores of Guantanamo Bay to the banks of the Mississippi.

“Immersive and Transformative” Play About Solitary Confinement Tours the Country