• A lawsuit filed on behalf of Nicolas Reyes, a man from El Salvador serving a 47-year sentence at Red Onion State Prison in Virginia, claims that he has been held in solitary confinement solely based on his inability to complete a journal writing requirement for the step-down program because he does not speak or […]

On Monday, March 13, after a legal battle lasting nearly seven years, the last of the men known as the Dallas 6 had his day in court. Carrington Keys was one of six people–all of them men of color–who faced riot charges after protesting staff brutality in the Restricted Housing Unit (RHU) at SCI-Dallas, a […] 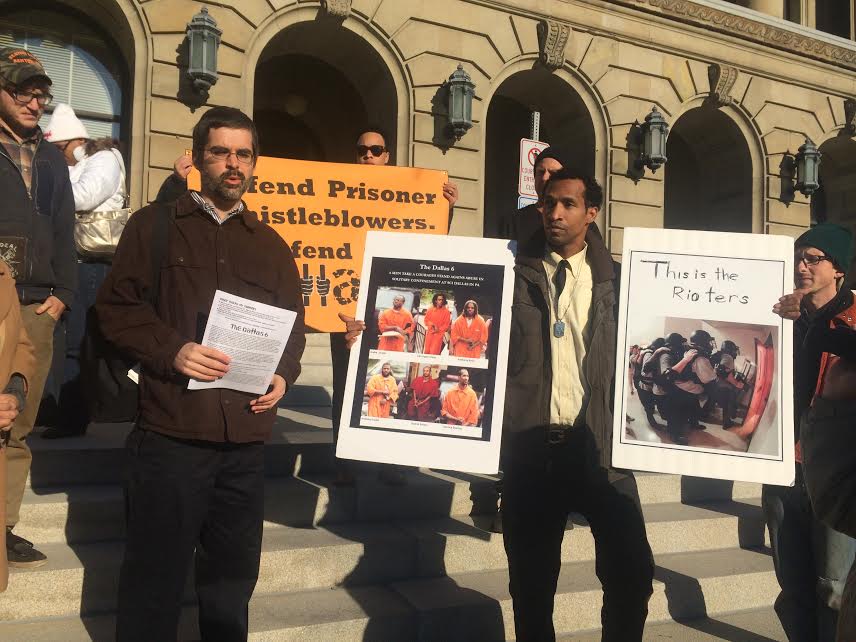 Are people in prison allowed to stand up for their rights? Or does all organized resistance to inhumane prison conditions amount to rioting? Five men—Andre Jacobs, Carrington Keys, Anthony Locke, Duane Peters and Derrick Stanley—will stand trial in a case that may determine how Pennsylvania’s justice system answer that question. The trial was scheduled to begin […]

The following roundup features noteworthy news, reports and opinions on solitary confinement from the past week that have not been covered in other Solitary Watch posts. •  The Cap Times published a feature on solitary confinement in Dane County jails, entitled “Boxed in: Fighting for changes, Sheriff Dave Mahoney calls his own jail ‘inhumane.’” •  […]

Pennsylvania inmate Derrick Stanley has been released from prison after over 22 years of incarceration, more than half of which was served in solitary confinement. Stanley was among six inmates in State Correctional Institution-Dallas’s Restricted Housing Unit (RHU) charged with rioting after a peaceful protest against mistreatment of another inmate in April 2010. Stanley, who […]