A potentially far-reaching federal lawsuit filed last week claims that a vulnerable young man was so ravaged by his 600 days in solitary confinement at Virginia’s notorious Red Onion prison that he lost the ability to speak coherently, recognize his own mother, or understand who or where he was. The suit names as defendants not only the state corrections department and prison wardens, but also the mental health care professionals who were aware of his deterioration and allowed the torment to continue.

The lawsuit was filed on July 11 in federal district court in Richmond by the MacArthur Justice Center, on behalf of Tyquine Lee. Now 26, Lee has suffered from psychological and cognitive disabilities since he was a child. He has been classified by the government as “disabled” since age eight, and by age ten he had been hospitalized four times for “behavior associated with his mental illness.”

Lee’s lawyers say that his documented mental health history, which should have been known to the facility, clearly made him especially vulnerable to the harmful effects of isolation. They further argue that any legitimate and Constitutionally sufficient review during Lee’s nearly two years in solitary would have recognized that he could be managed in far less restrictive—and damaging—conditions.

In solitary, Lee quickly lost the ability to manage the most basic physical self care: His body was filthy, his teeth were decaying, and he lost thirty pounds. His mental health unraveled even more dramatically. According to the complaint, after his first two months in isolation, Lee lost basic cognitive functioning. His speech consisted of “an unintelligible string of numbers and nonsense words,” and he was unable to sign his name. In the months that followed, when Lee’s family traveled up to eight hours to visit him, he was not able to recognize his mother and would “bark like a dog” to communicate. “Before solitary, we spoke every other day,” said Lee’s mother, Takeisha Brown. “In solitary, he couldn’t speak except in numbers and gibberish. He couldn’t remember his own birthday.” 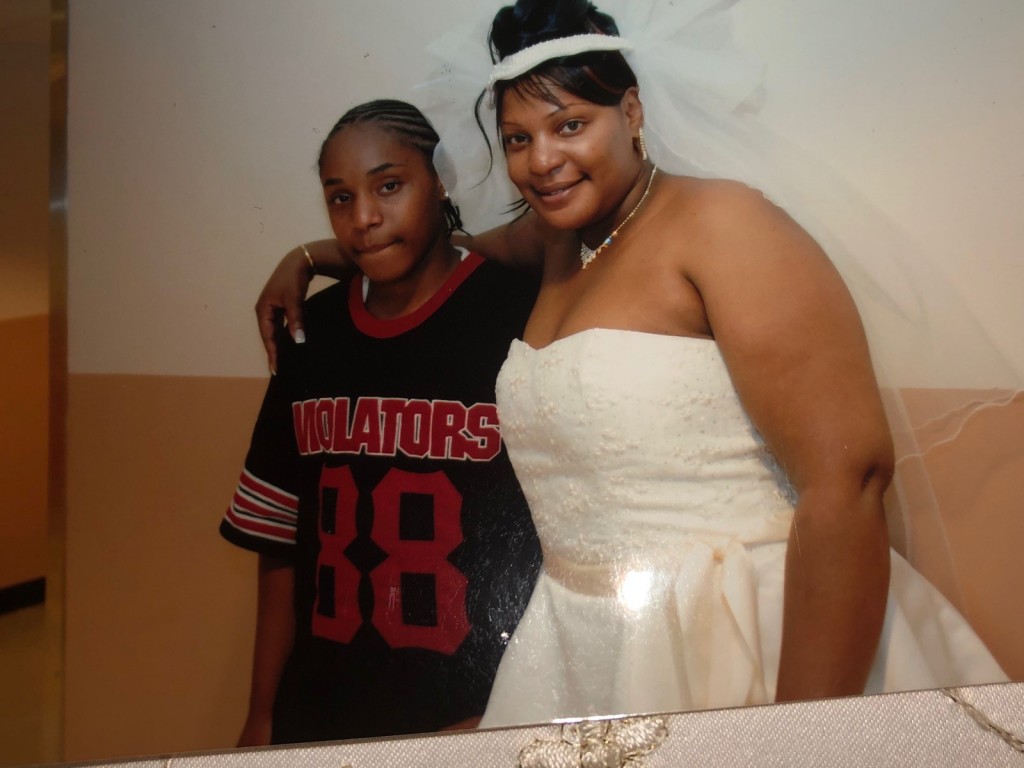 Tyquine Lee and his mother, Takeisha Brown. in a family photo taken prior to his incarceration and isolation.

Yet for the twenty months he spent in solitary, Lee’s mental health treatment was negligible. The lawsuit holds liable the Chief of Mental Health Services for the Virginia Department of Corrections (VDOC), as well as two psychology associates and a psychiatrist working at Red Onion, arguing that the health care workers’ inaction contributed to gross violations of Lee’s Constitutional rights, as well as of the Americans With Disabilities Act and the Rehabilitation Act.

As evidence, the complaint filed last week cites a series of incidents in which mental health professionals repeatedly and blatantly dismissed obviously psychotic behavior, claiming that it was not indicative of mental illness or that Lee was “malingering”—faking or exaggerating his symptoms. Two months into his isolation, according to a note from prison health services cited in the complaint, Lee was asked by a mental health care worker if he was “feeling homicidal and/or suicidal.” In response, “he shook his head back and forth and began naming various numbers over and over like ‘593333674222 4444.’” The clinician dismissed the presence of mental illness, because Lee was able to “verbally engage the clinician.” This assessment, like most others at supermax prisons, was “conducted through a cell’s steel door and without confidentiality.”

Lee’s attorney, Maggie Filler, explained to Solitary Watch that the mental health care providers were “complicit” in Lee’s prolonged confinement, having watched his mental health degrade month after month. Adding to their liability is the broad consensus that has emerged in the medical and mental health communities on the harms of prolonged isolation, especially on individuals with underlying vulnerabilities. The lawsuit cites professional organizations that have taken public stances opposing solitary confinement, including the National Commission on Correctional Care, the American Psychiatric Association, Mental Health America, the American Public Health Association, the National Alliance on Mental Illness, and the Society of Correctional Physicians.

“There needs to be a reckoning in the medical community of people who work in prisons,” Filler said in an interview. “It’s just unconscionable that they didn’t act to get him out of there for over 600 days.”

Once in solitary, Lee became trapped in what his lawyers call a “debilitating cycle”: Unable to read, write, or express himself, and with his cognitive capabilities in shambles, Lee had no chance of demonstrating the progress required for transfer out of solitary via the prison’s “step-down program.”  At one of his periodic reviews, officials noted that Lee was present but “talked in numbers.” They then recommended that he remain in isolation, which he did, for more than a year.  Many of his symptoms persist to this day, months after he was finally transferred out of Red Onion. “It’s not right,” Brown said of her son. “As his mother, it’s unbearable to worry about him every day. He’ll never be the same again.”

Virginia’s step-down program has long faced criticism for a host of inadequacies and misleading claims. As Solitary Watch first documented in 2016, the program that purports to provide a pathway back from isolation in fact offers no way out for dozens of men at Red Onion and a second supermax, Wallens Ridge. The ACLU of Virginia made similar findings in a 2018 report, and earlier this year it filed a class action lawsuit alleging that the step-down program is used as a pretext for indefinite solitary confinement.

In the ACLU lawsuit, VDOC is accused of violating a landmark 1984 settlement in which the state agreed to end both its permanent solitary confinement regime, known as the Special Management Unit (SMU), and the vague step-down program known as the Phase Program, which a government report that year found was “part of a scheme to fill empty prison beds” and justify high costs.

The contemporary step-down programs at Red Onion and Wallens Ridge, the ACLU suit argues, are mere reincarnations of what Virginia agreed to end 35 years ago—places where “an endless maze of classifications, vague and confusing processes, and highly subjective decision-making authority granted to VDOC staff effectively make it impossible for many people to be released from solitary, ever.”

The MacArthur Justice Center’s lawsuit on behalf of Lee also cites the unfair and  arbitrary nature of solitary as it is imposed in Red Onion, and the failure of the sham review procedure to provide any real semblance of due process, in violation of Lee’s Fourteenth Amendment rights. But at its core, the suit is about the depth of the damage that isolation inflicted on Lee, as an individual with disabilities. It alleges that Lee’s treatment constitutes a gross violation of the Eighth Amendment’s ban on cruel and unusual punishment—both by keeping him in profoundly inhumane conditions and by denying him the medical care that he so desperately and obviously needed.

Although federal courts have been mostly reluctant to label solitary confinement “cruel and unusual punishment,” Lee’s attorneys may find encouragement in a groundbreaking ruling from this past May by the Fourth Circuit Court of Appeals, also in Virginia. In that decision, the appellate court upheld a district court’s finding that conditions nearly identical to Lee’s—albeit on death row—violated the Eighth Amendment.

In outlining its reasoning, the Fourth Circuit noted that “advances in our understanding of psychology and new empirical methods have allowed researchers to characterize and quantify the nature and severity of the adverse psychological effects attributable to prolonged placement of inmates in isolated conditions.” It concluded that long-term solitary confinement “created a substantial risk of serious psychological and emotional harm and that State Defendants [the VDOC] were deliberately indifferent to that risk.”.

(At the time of publication, the Virginia Department of Corrections had not responded to requests for comment on Lee’s treatment or on criticisms of its step-down program.)