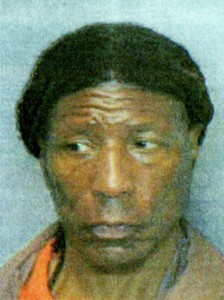 In September, Arthur Johnson got the news he has waited more than three decades to hear. A federal judge granted a preliminary injunction, ordering Pennsylvania to transition him out of solitary confinement and into the general prison population.

Johnson, now 64, spent close to 37 years — over half of his life — alone, locked in a 7 x 12 square foot cell for 23-24 hours a day. He was put in solitary for an alleged escape attempt when he was 26 years old, and was never released. Last May, he sued the Pennsylvania Department of Corrections, arguing that his solitary confinement constituted cruel and unusual punishment and a violation of his right to due process. He sought reintegration into the general population of the State Correctional Institute at Frackville, where he is serving a life sentence without parole.

In order to secure this emergency release from solitary, he had to prove two points — that he had a reasonable likelihood of success in the general prison population, and that he would suffer irreparable injury if he remained in solitary confinement.

The DOC argued that Johnson would not suffer irreparable harm if the injunction were denied. Johnson’s attorney, Bret Grote of the Abolitionist Law Center, disagreed, telling Solitary Watch that “every moment he spends in solitary confinement causes real harm, real injury.”

In the end, Johnson’s case won out. The presiding judge declared that “the government’s proffered reason for Mr. Johnson’s continued exile — that he is an ‘escape risk’ — is unpersuasive and substantially outweighed by the compelling facts presented in support of preliminary injunctive relief. Indeed, it is difficult to conjure up a more compelling case for reintegration to the general prison population.”

According to the case brief, Johnson was forbidden from human interaction throughout the entire term of his isolation. His entire immediate family is deceased, and he was unable to communicate with other inmates. While in solitary, Johnson was limited to as few as a single phone call a month, and went more nearly 37 years without any meaningful human contact outside mandated strip searches when he left his cell.

While in solitary, Johnson was unable to participate in any prison programming. According to the brief, this kind of treatment “is a deprivation of what it means to be human.” The Pittsburg Post-Gazette called it “Kafkaesque disregard.”

As a consequence of his nearly four decades in solitary confinement, Johnson suffers psychically, psychologically, and emotionally. In addition to battling anxiety, depression, and memory loss, Arthur can no longer concentrate enough to read a book. According to expert witness Dr. Craig Haney, “Mr. Johnson’s situation is almost unique in its severity.”

In Johnson’s declaration to the court, he stated that his cell, perpetually lit, was “smaller than many cages used to hold animals at zoos.”

He argued that not only did his 36 years in solitary confinement constitute cruel and unusual punishment, but they served no penological purpose. He was confined on account of 25-year-old disciplinary infractions that were neither serious nor violent.

Johnson will enter a step-down program to transition back into the general prison population.

Johnson’s complaint is not the first victory in Pennsylvania. Grote, his lawyer, recently won a settlement in a similar case representing Russell Shoatz, who was confined for 22 consecutive years. Pennsylvania agreed to pay $99,000 to settle Russell’s case, and he has since been removed from confinement.

According to Grote, Johnson’s favorable result “could have significant impact on the issue of long-term solitary confinement.”