Prison Watchdog Says Solitary Confinement in Canada Is “Out of Control” 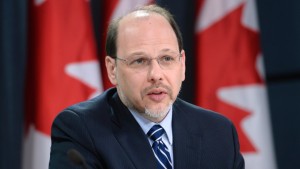 Recommendations for limiting solitary confinement in federal prisons, made by Correctional Investigator Howard Sapers, have been ignored by the Canadian government.

A recent report showing an upsurge in the occurrence of solitary confinement in Canadian prisons, and its disproportionate use for Black and Aboriginal individuals and those with mental health issues, shocked even Canada’s outgoing prison ombudsman.

“I have looked at segregation in significant detail over the last several years and I was still surprised to find that 48 per cent–nearly half of all inmates–had an experience in administrative segregation,” Howard Sapers, Canada’s Correctional Investigator, told Solitary Watch.

The findings were part of a study by Sapers’s office on the trends of administrative segregation–the term used to describe non-disciplinary solitary in Canada’s federal prison system–over the past decade.

It will be one of Sapers’s final reports, as he was controversially told recently by the Conservative government that his term would not be renewed.  As Correctional Investigator, he examines both individual complaints and systemic areas of concern within federal prisons.  Sapers has been widely praised by prisoners’ rights advocates for his effectiveness over the past decade highlighting prison injustices, including the use of solitary confinement.

Sapers told media that the findings in this latest report show a practice of solitary confinement that is “out of control.”

The study found that overall admission to administrative segregation increased by 9 per cent between 2005 and 2015, the time period covered by the study. The report also revealed a highly disproportionate use of solitary for people of color in prison. “We continue to be very concerned about the overpopulation of certain groups in segregation cells,” Sapers said.

The number of Black individuals in solitary has doubled over the past decade, rising by an alarming 100.4 per cent while Aboriginal individuals sent to solitary also disproportionately increased by 31.1 per cent. In contrast, admission to segregation for White individuals declined by 12.3 per cent.

The report found that segregation is commonly used to house people with mental health conditions and that individuals in solitary were 31 per cent more likely to have a mental health issue than those in the general prison population.  People who had spent time in segregation were also twice as likely to have a history of self-injury and attempts of suicide. Sapers said these statistics are “further evidence that the [the federal prison system] uses segregation to manage behaviours associated with mental illness.”

Individuals in segregation spend 23 hours per day alone in cells that are furnished with only a bed and toilet and not even a table and chair.  They must eat meals alone in their cells and are permitted one hour of outdoor exercise per day, weather permitting.  They are only allowed to shower every second day and have limited access to phones and programs.  The majority of contact that those in segregation have with prison staff, including nurses and psychologists, is through a food slot in the door. “The Canadian experience is such that segregated inmates have almost no human contact or meaningful social interaction,” Sapers said.

Sapers’s report did reveal one positive indicator about trends in the use of solitary: The average time spent in segregation has been reduced from 40 days to 27 days over the past decade.  However, the length of stay in solitary also remains disproportionate for certain groups, with Aboriginal individuals spending the longest time in segregation.

The Correctional Service of Canada (CSC)–the agency responsible for federal prisons–declined an interview with Solitary Watch to comment on the report. A spokesperson provided an emailed statement that stated the agency reviews the findings of all reports by the Correctional Investigator.

The CSC statement attributed the rise of admissions to segregation in the last ten years to various factors, including a rise in the total federal prison population, which grew from 12,600 to 15,215. Other factors cited by the agency include “the more complex and diverse inmate population as well as an increase in CSC’s capacity to detect and eliminate contraband such as alcohol, drugs and weapons.” The agency did note that it is its policy that segregation is to be used only in “limited circumstances, when there is no reasonable alternative and for the shortest period of time necessary.”

Canada’s Public Safety Minister Steven Blaney–the cabinet minister responsible for federal prisons–did not respond to a request for comment on Sapers’s report. However, in a generic email statement provided to media, a spokesperson for the Minister said, “Canadians expect violent criminals to serve sentences which reflect the severity of their crimes,” and “we will continue supporting victims and punishing criminals.”

When asked about this response from the Minister’s office to the report, Sapers said, “It’s not a response at all.”

Despite what the statement implies, administrative segregation is not at all related to sentences imposed by the courts and is not supposed to be a form of punishment for a crime.  “The CSC has a legal mandate to ensure the rule of law is applied in the administration of the sentence and the rule of law doesn’t permit them to add extra punitive measures,” Sapers said.

The ombudsman’s disagreement with the Minister’s response is far from the first time he has come up against the Conservative government, which has accelerated its “tough-on-crime” agenda during the past decade it has been in power.

Sapers has been lauded by prison justice advocates for highlighting issues such as systemic racism and the excessive use of force in prisons, as well as his criticism of political decisions such as the government’s new strict sentencing guidelines. Many were hoping his term would be renewed but he was informed this spring that his tenure would be continued only until a replacement was named, with a one-year maximum extension.

It is not by Sapers’s own choosing that his term as Correctional Investigator is ending. “I had asked to be reappointed and I’m disappointed that that didn’t happen,” he told Solitary Watch.

Sapers was originally appointed in 2004 by the Liberal government and his term was renewed two times since.  He won’t comment on why he thinks he was not reappointed, only noting that such positions are at the discretion of the government.  Others however, are less circumspect about speculating on the reasons he was not renewed and suggest that he is being dismissed because he has been too effective in highlighting injustices in prisons and of prison policies.

A recent report on dissent and the silencing of critics in Canada cited Sapers as one of a long list of government watchdogs who have been fired, removed from office, or not reappointed. “There has been wide speculation that the government’s decision to replace Sapers is driven more by a desire to silence his criticism of the government,” notes the report by Voices-Voix, a non-partisan coalition of more than 200 Canadian organizations.

While avoiding direct criticism of his non-renewal, Sapers has expressed concern about the transition and possible gaps that may result. “I do think that there are better ways to manage transition,” he told Solitary Watch.

Solitary in federal prisons has also attracted considerable media attention and public debate in Canada since the high profile case of Ashley Smith, a woman who died in her solitary confinement cell in Kitchener, Ontario, in October 2007.  Smith had tied a ligature around her neck and for twenty minutes prison guards watched from outside her door and filmed as her face turned a purplish-black.  It was too late to save her life by the time the guards finally entered her cell.  Smith had spent more than a thousand days in isolation.

Since the government’s response to the Ashley Smith inquiry in December, two lawsuits have been filed saying that solitary confinement as practiced in Canada is unconstitutional because it violates the Canadian Charter of Rights and Freedoms. An additional class-action lawsuit was also just recently announced, seeking $600-million in damages for negligence related to segregation and for a breach of the government’s duty to individuals with mental health issues.

Sapers declined to comment on the specifics of the lawsuits because the matters are currently in litigation.  However, he did comment generally on the fact that these issues were being left to the judiciary and are not being addressed by politicians and prison officials. “I find it unfortunate that our correctional system is not more proactive,” he told Solitary Watch.  “I find it highly disappointing that we would be in a situation where the courts would be deciding correctional policy,” he said.

In addition to the lawsuits, there has also been considerable debate recently in both the media and civil society about the need to change the way solitary is practiced in Canada. The Canadian Medical Association Journal recently published an editorial that called for an end to the use of solitary, noting the psychiatric damage, including anxiety, depression, paranoia, and psychosis that can result after even just a few days in solitary. Media coverage of the death of Eddie Snowshoe, an Aboriginal man with mental health issues who committed suicide after 162 days in solitary, has also renewed calls for reform. Editorials in some of the biggest newspapers in the country have called for limits on the practice.

Widespread concerns about the overuse of solitary confinement in Canada also include provincial jails, which house individuals who are in pre-trial custody or serve sentences that are less than two years.  Ontario, Canada’s largest province, has recently announced a sweeping review of its use of solitary.

Sapers has set out his own recommendations for how the use of administrative segregation should be reigned in. He recommends limiting its use for all people in prison, and a complete prohibition for individuals with mental health issues and for youth less than 21 years old.  He also favours an initial limit of no more than 30 days in solitary and judicial oversight or independent adjudication for any length of stay in segregation beyond 30 days.

The Correctional Service of Canada did not respond to request for comment on these recommendations and the federal government has largely rejected any suggestions of limiting the practice.

One opportunity for changes in the use of solitary in Canadian prisons could come if a new government is elected in the federal election that will take place in October.

The Public Safety critic of one of the two main opposition parties in Parliament told Solitary Watch he favours major changes to the current practice of segregation.  “The government’s response has been pathetic” said Wayne Easter, Public Safety critic of the Liberal Party.  “We need a concrete effort to move away from solitary confinement.”

Easter added that the non-renewal of Sapers’s tenure is “a huge mistake on the part of the government.” He said he unequivocally supports the limits on segregation that Sapers has proposed.