After 42 Years in Solitary Confinement, Will the Angola 3's Albert Woodfox Be a Free Man? 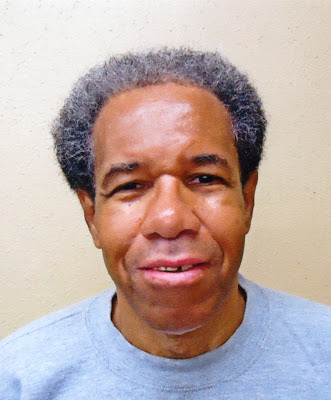 Albert Woodfox in 2012. Louisiana’s Attorney General has called Woodfox the “most dangerous man on the planet.”

In a unanimous decision, a three-judge panel from the Fifth Circuit Court of Appeals upheld the overturning of Albert Woodfox’s conviction. Yet he may remain in prison–and in solitary confinement–for months or even years before his four-decade ordeal is over.

Woodfox has been held in solitary confinement for more than 42 years for the 1972 murder of corrections officer Brent Miller at the Louisiana State Penitentiary at Angola. Many believe that he and the other two members of the so-called Angola 3 were targeted for the crime, and subsequently held in isolation, not because of the evidence but because of their involvement in the prison’s chapter of the Black Panther Party. Woodfox is the only member of the so-called Angola 3 to remain in prison. Robert King was freed in 2001, following 29 years in solitary, after his original conviction was overturned. Herman Wallace, whose conviction had also been overturned, died last year after more than 41 years in solitary and a few days of freedom.

The Fifth Circuit, considered one of the nation’s most conservative Federal Appeals Courts, voted to uphold a ruling by a Federal District Court, which vacated Woodfox’s conviction on the grounds that there had been racial bias in the selection of grand jury forepersons in Louisiana at the time of his indictment. The State of Louisiana could decide to accept the Appeals Court’s decision and free Woodfox, or release him on bail while it seeks to re-indict him for the 1972 murder.

Those scenarios are highly unlikely, however, considering the past statements and actions of Louisiana Attorney General James “Buddy” Caldwell. Caldwell has called Woodfox, now 67 years old, “the most dangerous man on the planet” due to his political convictions. More recently, when Woodfox’s conviction was overturned last year, Caldwell immediately vowed to appeal, saying: “We feel confident that we will again prevail at the Fifth Circuit Court of Appeals. However, if we do not, we are fully prepared and willing to retry this murderer again.”

Now that things have not gone his way, Caldwell may prepare for a retrial, while opposing bail for Woodfox. Or he may appeal the ruling to the full Fifth Circuit Court of Appeals rather than a three-judge panel–and from there to the Supreme Court, where the Circuit Justice is Antonin Scalia.

Caldwell asserts that the evidence against Woodfox is “overpowering”: “There are no flaws in our evidence and this case is very strong,” he said last year. These statements belie the fact that much of the evidence that led to Wallace and Woodfox’s conviction has since been called into question. In particular, the primary eyewitness was shown to have been bribed by prison officials into making statements against the two men. Solitary Watch’s James Ridgeway first wrote about the Woodfox case in 2009 in Mother Jones, providing a comprehensive history and analysis, as well as an account of the conditions in which Woodfox has lived for four decades.

Woodfox’s conditions of confinement have if anything deteriorated in the last five years: He was moved from Angola to David Wade Correctional Center in north central Louisiana, where, according to a separate lawsuit, he faces multiple daily strip searches and visual body cavity searches. Woodfox, along with Robert King and the estate of Herman Wallace, is also plaintiff in a major federal lawsuit challenging his decades in solitary on First, Eighth, and Fourteenth Amendment grounds. That suit may finally come to trial next year.

2 thoughts on “After 42 Years in Solitary Confinement, Will the Angola 3's Albert Woodfox Be a Free Man?”