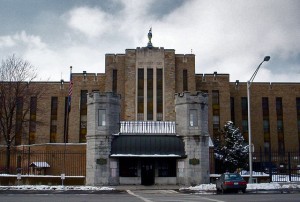 Update, 8/20/14: Yesterday, the Sylvia Rivera Law Project released a new call to action to “Demand Safer Housing for Trans People in New York State Prisons.” After once again citing our investigation, SLRP tells the story of Synthia China Blast, a transwoman who has spent a decade in isolation in New York’s prisons, with an accompanying video featuring  actor and activist Laverne Cox.

The call to action also includes an online petition for individuals to sign, to the New York State Department of Corrections and Community Supervision.

Earlier this month, Solitary Watch published an in-depth investigation by Aviva Stahl into the experiences of transgender women held in New York’s state prisons. It found that most transwomen in men’s prisons were subjected to long-term solitary confinement simply for being themselves. Many also faced sexual assault by staff as well as other prisoners.

Shortly after the investigation was released, four organizations – the National Center for Transgender Equality, Prisoners’ Legal Services of New York, the Sylvia Rivera Law Project, and the Trans Women of Color Collective – submitted a letter to the Acting Commission of New York’s Department of Corrections and Community Supervision (DOCCS) citing the article and demanding change.

“The women who shared their stories with Solitary Watch described a pattern of automatic, prolonged, and traumatic solitary confinement in men’s prisons,” the letter reads. “Their stories tragically demonstrated that solitary confinement does not prevent sexual abuse and other harms to vulnerable incarcerated persons, but instead inflicts further harm.”

The signatories call for DOCCS to “take swift and decisive action” to ensure full compliance with the Prison Rape Elimination Act’s (PREA) protections for transgender people.  Specific demands outlined in the letter include: “housing transgender people consistent with their gender identity;”  “establish[ing] entirely voluntary transgender housing units;” and “eliminating the prolonged use of isolation (including disciplinary, administrative segregation, and protective custody) for all individuals.”

The letter can be viewed in full here.