Ty Evans is serving time in Pendleton Correctional Facility in Indiana for attempted murder. There, he became a self-taught legal advocate for other incarcerated men—a “jailhouse lawyer.”  There is no right to counsel for those serving prison sentences who seek to challenge their convictions  or their sentences–which is just one aspect of the utter failing of indigent defense in this country. For those who cannot afford an outside attorney, the only place to turn for help with negotiating the complicated path through the criminal justice system is to jailhouse lawyers, who help them represent themselves pro se. Evans calls them “the worst attorneys in America,” but some are in fact highly skilled and dedicated, despite being hamstrung at every turn. Nonetheless, their work is often done in vain, since courts tend not to take pro se cases very seriously, no matter how substantive they may be.

At Pendleton, Evans served as a legal advocate for men in solitary confinement, who lack even the ability to go to the prison’s law library for themselves. Recently, after writing a book to help prisoners defend themselves, he was summarily removed from his position. “Prisoners in solitary still ask for my help,” he writes, “but I am no longer able to provide it.” He can receive mail at: Ty Evans, 158293, Indiana State Prison, 1 Park Row, Michigan City IN, 46360. –James Ridgeway 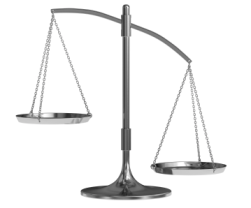 Imagine having been convicted of a serious crime, having the right to attack the validity of your conviction, and being appointed an “attorney” who has not passed the bar, who has little education, and who has no experience with the law.

This attorney will be confined to one room in his house, have no computer, no Internet, and no phone. He’ll consult a fixed number of legal books, and may review up to 15 published legal opinions per week. He’ll have no money to spend on your defense for things like DNA testing, ballistics, or expert witnesses. Work he submits to the court will be handwritten and, given his aptitude, virtually unintelligible. Your freedom will depend solely on this man’s efforts, and if you’ve been wrongfully convicted it will be up to this man to prove it.

Surely, you think, convicted prisoners do not receive this kind of legal representation in America. But you would be wrong–very, very wrong.

For thousands of prisoners, this is exactly the level of legal assistance they have. They are pro se litigants, forced to attack their convictions and sentences entirely on their own. They fight their cases from prison cells scattered across the United States, usually only with the assistance of other prisoners like themselves. They are, collectively, the worst attorneys in America.

Per a long line of Supreme Court rulings anchored on Pennsylvania v. Finley (1987), it has been held that the Sixth Amendment right to counsel does not extend to the post-conviction stage. Once a prisoner has been convicted by a jury and lost his direct appeal of that verdict, there is no more right to counsel.

One might presume that the direct appeal constituted a thorough examination of the case but, in fact, the appeal only reviews trial errors preserved by counsel. Things outside of the trial record, such as failure to call witnesses, failure to use exculpatory evidence, failure to ensure proper jury instructions, etcetera, are not contained in the trial record and are not reviewable on direct appeal.

However, after the direct appeal, a prisoner retains the right to challenge the conviction on a number of Constitutional grounds, most of which involve a claim of ineffective assistance of counsel. He may do this through state post-conviction proceedings or a state habeas corpus petition, and then through a federal petition for a writ of habeas corpus. In other words, a prisoner who has been convicted simply because his trial attorney did not protect the defendant’s right to fair trial can enumerate the defects in the attorney’s representation and argue that there stands a “reasonable probability” of a different outcome were the  defendant represented by competent counsel. Prisoners know this as the Strickland rule, from the Supreme Court case, Stickland v. Washington (1984).

The most damaging trial defects are almost always a result of trial counsel’s errors and omissions. The prisoner’s problem is, knowing what counsel failed to do requires a complete knowledge of criminal law–trial rules, evidence rules, civil rules, state and federal statutes, and constitutional law. Few prisoners have a solid grasp of the labyrinthine legal system that has put them behind bars. So, those that have a vague idea of how to challenge their convictions struggle to articulate their claims, while thousands of others have no idea that post-conviction remedies are even available and do not attempt to overturn invalid convictions or excessive sentences.

Until recently, I worked as a lay advocate for prisoners housed in solitary confinement in one of the worst prisons in America. Pendleton Correctional Facility in Indiana houses 1,458 prisoners, and 22% are in the most restrictive form of segregation, either for disciplinary reasons, for an administrative investigation, or for protective custody. At last count, 50 had life sentence. For the 1,408 with release dates, the average amount of time left to serve is 20 years. Nearly all went to trial, nearly all have lengthy sentences, and nearly all will be involved in collateral attacks on their convictions at some point during their incarceration. Their need for qualified legal assistance is overwhelming, yet very few will have the means to employ professional counsel. (An exception is that Congress has enacted statutes requiring counsel for the duration of legal proceedings for those with death sentences.)

For the 78% in Pendleton’s general population, there is a physical access to a law library. The facility allows a prisoner to visit the law library 1 or 2 hours a week, and up to 7 hours a week if a prisoner can show a verifiable filing deadline in a pending case. The library has computers with a LEXIS database and MS Word software. There are several law clerks on duty, none of whom possess any certifiable legal credentials. Even with these conveniences, prisoners have great difficulty filing reasonable and presentable documents in court.

For the 22% in Pendleton’s solitary confinement, there is no physical access to the prison law library. Clerks make weekly trips to the solitary units, pick up request forms, and spend maybe 5 minutes per prisoner discussing what the prisoner may need. Most of the solitary prisoners are indigent, enduring conditions where the food is always room temperature, and the heat or cold intolerable. Roughly a third of these prisoners have documented mental illness. Many are managed through medication. On days when they elect to exercise, they are led to a recreation cage on a dog leash. Some are illiterate. Few have even the slightest grasp on how to file things in court, yet many try.

The legal work done by these pro se prisoners is, across the board, pretty bad. According to one Indiana attorney who formerly clerked in the Indiana Court of Appeals, briefs submitted with a pro se litigant’s name on the cover are treated practically with disgust from the outset–placed in a separate pile and given only a cursory glance by the Appellate Court judge. The judge tells the clerk, “Write a denial,” and the clerk opens the Attorney General’s electronically filed brief and modifies it to write the court’s opinion. Thus, even a good pro se brief will get lost in the shuffle.

For two years I readily shouldered the burden of doing legal work for these prisoners–researching, drafting briefs and motions, and writing detailed explanations for these men. Law clerks are only required to deliver requested materials, but these guys obviously needed more. My only credentials are years of experience, and a bachelor’s degree.

In 2012, after answering the same questions over and over, I wrote a book outlining how to fight your case in Indiana as a pro se prisoner. A publisher accepted my work and bound a 620-page manual titled, P.C. Guidebook: The Complete Guide to Post-Conviction Relief for the Pro Se Prisoner. I operated under the presumption that such a book would be welcomed as a way to improve prisoner’ pro se filings, and that maybe even the prison staff would take pride in the work of one of their prisoners. But the Indiana Department of Correction didn’t see it that way, and when the publisher sent in advertisements, the IDOC banned the book. Without reading it. Because my name was on the cover.

Naturally, I sued. The ACLU accepted the case, and the IDOC settled, allowing the book to be advertised and sold within Indiana prisons. On the morning of October 18, 2013, prisoners who had ordered the book received it from the prison mail room. That afternoon, I was removed from my position as a law library clerk, per Internal Affairs, citing that I was a “threat to the safety and security of the facility.” They have never identified the specific nature of the “threat.” I had not violated any rules. An appeal of my job loss to the superintendent was denied, no further reasoning given.

Prisoners in solitary still ask for my help, but I am no longer able to provide it.

The “worst attorneys in America” are still employed in force, piling up briefs that no judge will read, filing motions that no court will fairly consider. While few of these prisoners would be termed “actually innocent,” a sizable minority are serving sentences that are too severe, or have been convicted of offenses that have been over-charged by the prosecutor, although still guilty of lower level felonies. While not “innocent,” they fall under the broader definition of “wrongfully convicted.” Yet, where is the legal help for these men?

Per the state legislatures, Congress, and the courts, they are not entitled to legal assistance. Per a plain reading of the U.S. Constitution, they are. I have been told that the law won’t change to allow these men attorneys, because there wouldn’t be enough attorneys to fill the need. How odd that the wealthiest country in the world cannot afford justice.