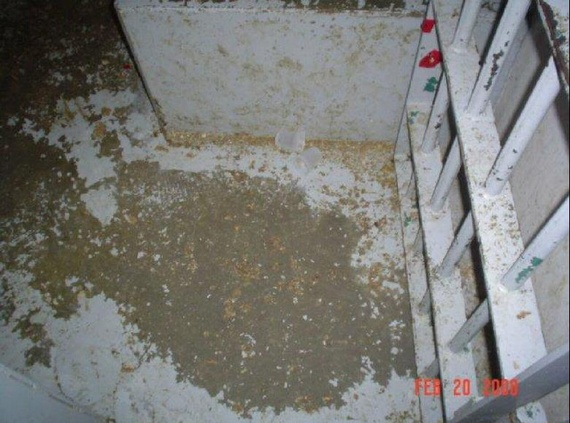 A court ruling out of South Carolina this week deserves the attention of anyone concerned with the use of solitary confinement and other brutal conditions and practices on the hundreds of thousands of people with mental illness who are held in our nation’s prisons. The best reporting on the ruling comes from The Atlantic’s Andrew Cohen, in a lengthy piece titled “When Good People Do Nothing: The Appalling Story of South Carolina’s Prisons.”

On Wednesday, in one of the most wrenching opinions you will ever read, a state judge in Columbia ruled that South Carolina prison officials were culpable of pervasive, systemic, unremitting violations of the state’s constitution by abusing and neglecting mentally ill inmates. The judge, Michael Baxley, a decorated former legislator, called it the “most troubling” case he ever had seen and I cannot disagree. Read the ruling. It’s heartbreaking.

The evidence is now sadly familiar to anyone who follows these cases: South Carolina today mistreats these ill people without any evident traces of remorse.  Even though there are few disputed material issues of law or fact in the case, even though the judge implored the state to take responsibility for its conduct, South Carolina declared before the sun had set Wednesday that it would appeal the ruling—and thus likely doom the inmates to years more abuse and neglect. That’s not just “deliberate indifference,” the applicable legal standard in these prison abuse cases. That is immoral.

But what makes this ruling different from all the rest—and why it deserves to become a topic of national conversation—is the emphasis Judge Baxley placed upon the failure of the good people of South Carolina to remedy what they have known was terribly wrong since at least 2000. Where was the state’s medical community while the reports piled up chronicling the mistreatment of these prisoners? Where was the state’s legal community as government lawyers walked into court year after year with frivolous defenses for prison policies? Where were the religious leaders, the ones who preach peace and goodwill?

No one in power came forward. Even as the evidence became more clear and compelling that something horrible was happening inside those prisons.

Cohen delves into the history of the problem, from the early 1990s, when “South Carolina did reasonably good job of caring for its mentally ill prisoners,” through decades of growing prison populations and decreasing budgets for prison health care. He traces more than a decade of scathing reports, lawsuits, and whistleblower efforts that clearly documented what was going on in South Carolina’s prisons.

Judge Baxley wrote in his opinion: “The evidence in this case has proved that inmates have died in the South Carolina Department of Corrections for lack of basic mental health care, and hundreds more remain substantially at risk for serious physical injury, mental decompensation, and profound, permanent mental illness.” Cohen provides more detail as to “what these words mean”:

<It means some mentally ill prisoners were “routinely placed” naked “in shower stalls, ‘rec cages’, interview booths, and holding cells for hours and even days at a time.” It means that suicidal prisoners who were supposed to be receiving anti-psychotic medication were not receiving them. No surprise, the judge wrote, since SCDC’s “computer system cannot retrieve the names or numbers of all inmates referred” for mental health treatment, “the number of inmates who have made serious suicide attempts; or the number of inmates whose psychotropic medications have expired without being timely renewed.”

It means that mentally ill inmates are routinely caged for days in their own feces and urine, having to eat literally where they shit. It means, Judge Baxley wrote, that “the deposition testimony of some psychiatrists reveals an alarming lack of knowledge about the policies and procedures at SCDC.” One such psychiatrist did not know “what mental health counselors do, and had ‘no idea’ who drafted treatment plans” for inmates. And even if the mental health professionals knew what they were doing, they wouldn’t have been able to do much. The ratio of inmates needing treatment to professionals able to provide it was astronomically high.

The article, which combines solid facts with appropriate outrage, can be read in full here. Cohen concludes: “This epic ruling forces South Carolina, and the rest of us, to make a choice about what we want our prisons to say about who we are as a people and what we represent as a civilized society.”