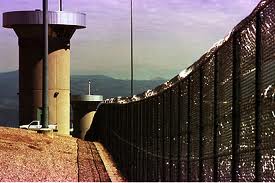 Andrew Cohen continues his coverage for the Atlantic of two potentially groundbreaking lawsuits directed at the treatment of those incarcerated in the notorious ADX Florence, where about 400 men live in extreme isolation and sensory deprivation for years or decades. Today he reports on a federal judge’s decision to allow the lawsuits to proceed, rejecting the federal governments efforts to have them dismissed.

In a rebuke to the Obama Administration, a noted federal judge in Denver Tuesday refused to dismiss two pending civil rights lawsuits filed last year against Bureau of Prisons’ officials accused of the widespread abuse and neglect of mentally ill federal inmates at the sprawling ADX-Florence prison facility in Colorado. If the allegations of the detailed complaint are true, said U.S. District Judge Richard Matsch, “you don’t need to be a psychiatrist to know something is wrong” inside Supermax, America’s most famous prison.

The judge’s order keeps alive for now Vega v. Davis, a wrongful death action brought in May 2012 by the family of Jose Martin Vega, an inmate in Colorado who hanged himself in his cell in 2010 following what plaintiffs’ lawyers say was an extend order ambien with mastercard period of mental illness left untreated by prison staff. Judge Matsch also permitted to proceed further toward trial a case styled Cunningham v. Bureau of Prisons, a broader civil rights challenge alleging longtime patterns of abuse and neglect of the mentally ill at America’s most famous federal prison.

The essence of both cases is that federal prison officials at ADX-Florence are violating the rights of mentally ill inmates to be free from “cruel and unusual punishment” under the Eighth Amendment. The inmates allege that they have been tortured and abused by their jailors and deprived of basic medical and mental health needs by prison doctors. Many of the inmates have taken to self-mutilation in their cells, while mental health counseling remains sporadic and ineffective. ”Why shouldn’t we be addressing that?” Judge Matsch asked early in the hearing.

The lawsuits’ detailed revelations of abuse and suffering–often rising to the level of torture–at ADX Florence are especially disturbing in light of the federal government’s recent decision to open a second supermax prison, to be called “ADX USP Thomson,” at a recently purchased property in Illinois.