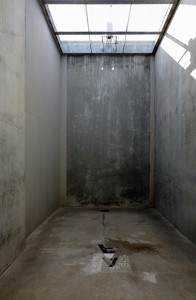 On Thursday, March 14th, U.S. District Court Judge Claudia Wilken denied a motion by the state of California to dismiss a lawsuit filed by the Center for Constitutional Rights against long term solitary confinement in the California prison system. The lawsuit, filed on May 31st, 2012, argues that California’s segregation of “gang-validated” prisoners in Security Housing Units (SHUs)for longer than 10 years constitutes “cruel and unusual punishment.” The lawsuit also argues that the current process by which prison officials label prisoners gang members is a violation of prisoners due process rights. In California, as of late 2011, over 500 California prisoners had been in the SHU for at least ten years; 78 had been in the SHU for at least 20 years.

The SHUs, located at Pelican Bay State Prison, Tehachapi State Prison, Corcoran State Prison, and California State Prison, Sacramento, hold over 3,000 prisoners in segregated units. Prisoners are primarily held in solitary confinement in these units, which have been described by NPR as living in a “small, cement prison cell. Everything is gray concrete: the bed, the walls, the unmovable stool. Everything except the combination stainless-steel sink and toilet…You can’t move more than eight feet in one direction.”

Conditions in the SHU prompted two large scale hunger strikes in California prisons in July and September 2011. The hunger strikes drew national attention to the issue of solitary confinement, and prompted California legislative hearings in 2011 and 2013. The California Department of Corrections and Rehabilitation (CDCR) has implemented reforms to the system, including an allegedly more stringent gang validation system; CDCR has been criticized for validating prisoners and keeping others in isolation for possession of black nationalist literature and “cultural calendars” on the grounds that they constitute evidence of gang activity. CDCR has also reportedly begun a review of all current SHU prisoners under the new standards to determine whether or not prisoners should remain in the SHU.  According to the Los Angeles Times in February, 144 prisoners had been reviewed and 78 had been released to general population and 52 were placed in a new Step Down Program in which prisoners may transition out of the SHU over 4 years with increasing privileges.

People inside California’s prisons have been less enthusiastic about the reforms.

North Kern State Prison prisoner Terrance White is housed in the Administrative Segregation Unit (ASU) pending an opening in the (full) SHUs.  White initially reported to the San Francisco Bay View that he was observing the prison sending prisoners in the ASU back to general population in December, but now says that “I see I’ve been duped by the lies of CDC. I got released back to the general population yard for 45 days and now they’ve online pharmacy india xanax brought me back to get validated. It’s sad to see law enforcement get away with monstrosities everyday, then come after us on the inside for becoming wise to their evils by educating ourselves.”

“They’re still validating people it seems every chance they get,” reports White, who has been validated as a Black Guerilla Family member. “I’m not alone as you are aware of, there’s a lot of us and poor Latinos, a few Natives, and poor whites have also been targeted these days. I don’t know how much longer I’ll be here at North Kern, I’m waiting for the Office of Correctional Safety to send my packet back and then I will be endorsed to the SHU to finish my term.”

Pelican Bay SHU prisoner Paul Sangu Jones is optimistic that the public, who he refers to as “minimum security,” are at least “getting a clearer idea of how their tax dollars are being wasted on all of these unnecessary prisons.” But, he says, “my current thoughts are that we remain in limbo. We are locked into a cycle of torture. We keep hearing about how our situation is going to change but every day we wake up to the same old thing–talk about déjà all over again.”

Jones, who has been in the SHU for over a decade, has been labeled by prison officials as a member of the BGF. He was initially placed in the SHU following an anonymous prisoners claim that he was a high ranking BGF member. He has been subsequently kept in solitary confinement for, among other reasons, possessing a “Black Panther newsletter” and because other prisoners designated BGF had written him letters which were intercepted by prison officials.

Jones has reported that someone in his facility had been recently take out of the SHU and placed in the Step Down Program. “It’s my understanding that the prisons are clearing their Ad Segs [Administrative Segregation Units] of prisoners they were planning on ‘validating’ as gang members. I’m told that these prisoners are being placed in the Step Down Program, and the prisons are saying that they are releasing folks from the SHU. It’s certainly what I’d expect from CDCR–no one in the Short Corridor, where prisoners who have been in SHU 10,20,30,40 years have been released to general population,” Jones writes.

“The Pelican Bay State Prison administration is not going to do anything to ease the SHU torture unless forced to do so by the courts. That is the reality our SHU lawsuit is facing.”

Jones also referred to the declaration by the leaders of the 2011 hunger strikes that the prisoners will launch a statewide hunger strike and work stoppage in July if conditions do not improve. “Surely you’ve heard the talk of another hunger strike? That should say it all…”