Carl ToersBijns worked in corrections for over 25 years, holding the positions of a correctional officer, chief of security at a mental health treatment center, program director, associate warden, and deputy warden of administration and operations in both the New Mexico and Arizona Departments of Corrections. He  specializes in consulting and developing strategic plans for sound correctional practices, mental health treatment, security threat groups, training and staff development. He has published three books in the Wasted Honor Trilogy, as well as the book Gorilla Justice: Caged War Veterans, the Mentally Ill and Solitary Confinement, and has written blog posts on Corrections.com and as a guest writer for Yahoo. In the Anthony Lester case, he has been interviewed several times by local media on the subject of correctional practices and issues surrounding Lester’s death 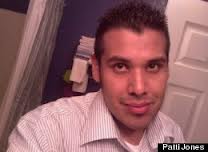 The nightmare started in 2009, when a young Native American man named Anthony Lester was convicted of his first felony offense–one count of aggravated assault for a stabbing that took place during a foiled suicide attempt–and sentenced to twelve years in an Arizona prison. Tony Lester had been diagnosed with schizophrenia while still in high school; he heard voices and had a history of mutilating and otherwise harming himself. He clearly needed help, so his family asked the Arizona Department of Corrections (ADC) to honor the court order that was issued by the judge hearing the case. That judge had stated that Lester should be housed in a mental health treatment unit rather than in the general population, where there is no immediate provision to treat those with severe mental illnesses, who have difficulty coping and functioning while incarcerated.

The ADC ignored the court order and housed Lester to Tucson State Prison, infested with Native American gangs demanding Lester pay protection for his presence on the yard. Tony Lester shared his concerns for his own safety with prison officials, and was segregated in a detention unit until his protective custody process was completed. The family informed officials of Lester’s mental illness, and their response was that this particular inmate was manipulative and trying to avoid living on the yard where he faced gang extortion.

Several times the family tried to get their point across–that Lester suffered from a debilitating mental illness, and that he was court ordered to remain on all psychotropic medications. The family was shocked when they found out that inmates have the right to refuse their medications and that Lester was still being housed in a tiny detention cell awaiting final disposition on his protective custody. While isolated in detention, Lester decompensated and was put on a suicide watch.

Then, on July 11, 2010, the family received a call  at 11:45 pm, telling them that Tony Lester had been taken to the hospital with non-life-threatening injuries. A call notifying them of his death came three hours later, 2:45 am. An investigation was conducted and the death was ruled a suicide by razor blade. The razor blade that Lester had used to mortally wound himself had been given to him by mistake by an officer who forgot to remove the razor from the prisoner’s personal hygiene kit, less than two days after he had come off a suicide watch.

When the first responders arrived, they did not enter the cell immediately, as they alleged they could not see Lester’s hands and feared he had a weapon hidden. They waited for more staff to arrive and safely removed the cellmate who reported the fact that Anthony Lester was hurt and bleeding badly. (Since Anthony Lester was asking for protection from Native American gang members, he should never have been double-bunked with another Native American who knew of Lester’s suicidal ideations and self-harming behaviors.)

At the time the emergency incident was called in, one sergeant and four correctional officers and one video recorder operated by a correctional officer entered the cell and offered no first aid or assistance to the inmate. Instead, Tony Lester lay in the upper bunk, bleeding, waiting for help to arrive. Barely breathing on his own and moaning the words “help,” he was told by the officers that help was on its way. No one tried to stop the bleeding by applying pressure to Lester’s wounds, until EMS staff arrived to take him to the hospital. By then it was too late. Anthony Lester bled to death with half a dozen people standing by, doing nothing.

The family and an investigative reporter from KPNX New 12, a local  television station, fought for two years to have the video released and made public. The graphic video (which appears below) was finally aired at the end of last month. It drew the attention of an Arizona lawmaker, Minority Leader Chad Campbell, who promised a full legislative oversight hearing on Anthony Lester’s death.

Lester is only one of many prisoners who have died in Arizona during the administration ADC Director Charles L. Ryan, a former contractual employee of the Department of Justice who oversaw portions of the Iraqi prison system (including Abu Ghraib before the scandal broke out). Another was Marcia Powell, a women with mental illness who baked to death in the sun in an outdoor holding cell. Several others have killed themselves, often in isolation units, in a state prison system with a suicide rate that is well above the national average.

An interview with Dr. James Gilligan revealed alleged violations of the Eight Amendment and other human rights violations, as the video reveals this expert’s opinion that the Department of Corrections did not fulfill its custodial and constitutional responsibilities toward Tony Lester, and ignored his basic civil rights.