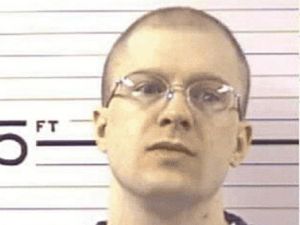 We’ve written at length about the case of Troy Anderson, a prisoner with mental illness who has spent more than ten years in solitary confinement at the Colorado State Penitentiary. This past April, a Federal District Court in Denver heard a case brought on Anderson behalf by students at the University of Denver Law School’s Civil Rights Clinic. As we wrote, “it was his untreated mental illness that first landed him at CSP, Anderson contends, and now the same symptoms are keeping him there indefinitely. Without proper treatment, he is unable to convince corrections officials that he’s fit for the general prison population. This catch-22, his lawyers say, condemns him to an effective life sentence under conditions that are increasingly being denounced as a form of torture—particularly when applied to mentally ill prisoners.” The suit claimed that Anderson’s treatment violated the Americans with Disabilities Act, as well as the Constitution’s ban on cruel and unusual punishment and its guarantee of due process. Among other things, his lawyers pointed out that it has been more than a decade since Anderson had “felt the sun on his back.”

Westword‘s Alan Prendergast, who has also followed the case closely, reported earlier this week on the judge’s ruling in the case:

In what amounts to a landmark decision, a federal judge has ruled that the conditions of solitary confinement at the Colorado State Penitentiary constitute “a paradigm of inhumane treatment” and must change — notably, so that inmates locked down in their cells 23 hours a day can have at least three hours a week of natural light, fresh air and outdoor exercise. “The Eighth Amendment does not mandate comfortable prisons, but it does forbid inhumane conditions,” U.S. District Judge Brooke Jackson wrote in an order issued last Friday.

CSP has an interior courtyard that could be modified to permit outdoor exercise for inmates, Jackson notes. But since it opened in 1993, the state supermax has permitted its high-security inmates only to exercise in an odd-shaped room on each tier equipped with a chin-up bar; small holes allow some fresh air from outside to reach the room. Calling CSP “out of step with the rest of the nation” — even the notorious federal supermax in Florence allows its inmates outdoor recreation in individual cages — Jackson declared that prison officials must provide its charges with “meaningful exposure” to natural light and air.

Jackson’s ruling came in the case of Troy Anderson, 42, a mentally ill inmate serving an 83-year sentence stemming from two shootouts with police. He’s one of ten inmates who have been at CSP for ten years or more with hardly any exposure to the outdoors (except during transport to court) during that time. His lawsuit, filed with the aid of student lawyers from the University of Denver’s Sturm College of Law, challenged several aspects of life at CSP, from mental health treatment to the policies that have kept him from progressing to a less restrictive prison, as unconstitutional…

On other issues, the judge ordered a fresh look at Anderson’s medication issues and mental health treatment. He adopted a wait-and-see attitude toward new policies that are supposed to address other inmate concerns about how inmates receive bad behavior reports, known as “negative chrons,” that can prolong their stay in solitary confinement without a clear appeal process.

At Anderson’s trial, other inmates testified about suicidal thoughts brought on by the severe isolation and being deprived of any exposure to the outdoors. “I go to bed crying sometimes because I feel I have no hope of being outside of that cell any more,” one said.

A copy of the judge’s order can be found here: Troy Anderson v. Colorado DOC