An important new report, released yesterday by the American Friends Service Committee in Arizona, is the first to focus on the effects solitary confinement has on its survivors afterthey leave prison. Lifetime in Lockdown: How Isolation Conditions Impact Prisoner Reentry, finds that spending time in solitary leaves people “deeply traumatized and essentially socially disabled.” These “crippling symptoms” combine with “the extensive legal and structural barriers to successful reentry” to create “recipe for failure.” It is hardly surprising, then, that the report is able to “directly link conditions in Arizona’s supermax prisons with the state’s high recidivism rate.”

Lifetimes in Lockdown raises issues that have been largely absent from research and discussions on prisoner reentry and recidivism. As the report points out:

Much of the discourse…has focused on what are referred to as ‘collateral consequences’: the structural barriers erected by institutions that bar people with criminal convictions from voting, housing, employment, welfare assistance, and other factors critical to ensuring success upon release. Rarely is there discussion of the direct impact that prison conditions have on a person’s cognitive, emotional, social, and behavioral functioning and therefore, on that person’s ability to function as a member of society post-incarceration.

The most serious problems, of course, result from the “deleterious mental health impacts of incarceration in super maximum-security—or “supermax”—environments,” which remain with people long after they leave solitary for the general population, or leave prison for the free world. In addition, the report finds, “policies limiting visitation and prohibiting maximum-security prisoners from participation in education, treatment, and employment have a negative impact on these prisoners’ reentry prospects.” 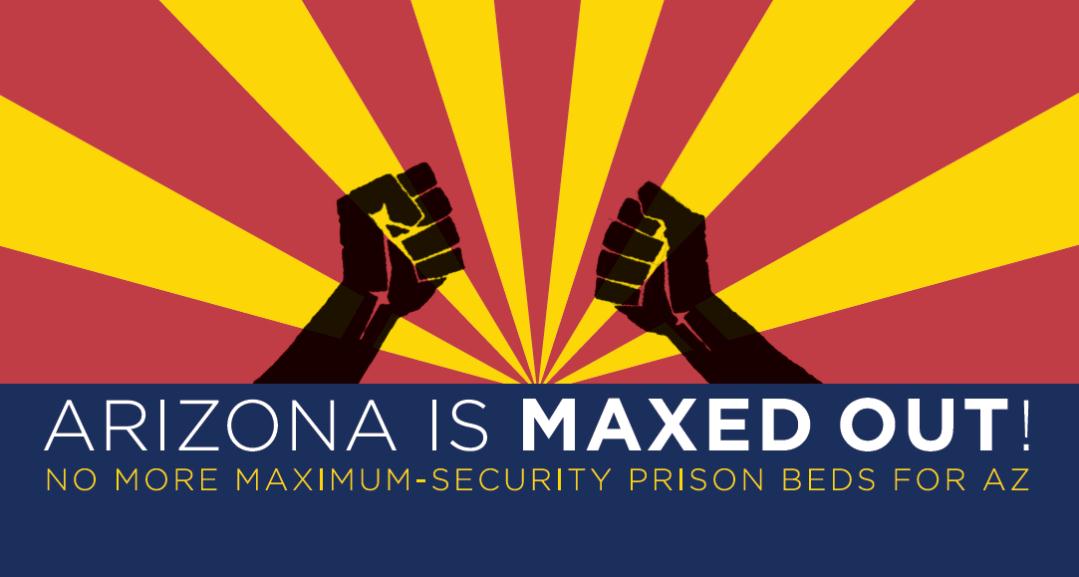 Yet the Arizona Department of Corrections, like most prison systems, does little to “prepare prisoners who have been held in supermax during their incarceration for reentry to the community,” and on the outside, “social service agencies are largely unaware of, and unprepared to address, the special needs of this population.” Many survivors of solitary “‘slip through the cracks,’ while others self-isolate and deliberately avoid social service agencies.”

The report is based largely on research done by Dr. Brackette F. Williams, Associate Professor of Anthropology at the University of Arizona, under a Soros Justice Fellowship. Under the name “Project Homecoming,” Brackette worked with the AFSC in Arizona to study the impact of solitary confinement on prisoner reetry. As the report notes:

Psychologist Dr. Terry Kupers makes the comparison between prisoners who have just been released from solitary confinement in a supermax facility and persons who were recently on suicide watch. The most likely and dangerous time for violence, acting out, or another crisis to occur is immediately after one is released. Dr. Kupers says, “Whether a prisoner leaves the isolation unit and gets into trouble on the yard or ‘maxes out…’ and gets into trouble in the community, we are seeing a new population of prisoners who, on account of lengthy stints in isolation units, are not well prepared to return to a social milieu.” This is an institutional and systemic problem that is created by the conditions of incarceration…

The participants reported that they would often avoid the areas where the few available social service agencies, transitional homes, and homeless shelters are located, because these are areas where they made poor choices previously. Likewise, available shelters offer very little in the way of privacy, are always crowded, and difficult to get into. For prisoners who have spent years in isolation, such an environment would be the last place they would want to turn. While deciding to avoid problem locations would usually be considered wise, the reality is complex–in these cases, it renders the individuals even more isolated and lacking any support networks or services. Here, the self-inflicted social isolation that was created by the extreme isolation in prison is most noticeably debilitating.

In describing his life on the outside, one participant who avoided old neighborhoods and contacts said that “life is way harder out here for me than it is in there.” He is not alone in this buy klonopin canada nostalgia for prison life and for the isolation of the supermax cell. A female participant, also homeless and barely getting by at the time of the interview, said almost ashamedly, “The worst thing that I can honestly say about trying to get back into society is I miss my cage more and more everyday. I just can’t function out here.” When asked, “Do you want to the small cage back or the big cage?” she replied, “The smaller the better. I can control everything in it.” They make repeated efforts to avoid people, for example moving to the edge of the city or living alone in a tunnel. It is strikingly reminiscent of the social withdrawal that Craig Haney describes as endemic to persons held in isolation for long periods, except now they are outside the supermax cell, in the great wide open of supposed freedom, which terrifies them.

Thoughts of suicide permeated many of the participants’ interviews, especially when the conversation turned toward plans for the future. At least 10 of the male participants (50 percent) from Pima County had considered suicide between their release from prison and their first interview. Each participant who reported suicidal thoughts mentioned them in more than one of their interviews. Strikingly, some of these men had been out of prison less than one week when the first interview took place. They reported the inability to see a viable way to remain out of prison, yet at the same time could not imagine doing more prison time. By their final interview, three of these men stated that they considered suicide on a daily basis, but had yet to act on these considerations. A few also considered committing some crime that would land them back in prison and allow for more time to devise a better strategy for handling life on the outside.

Anyone leaving prison is faced with an unwelcoming social landscape. The simultaneous necessity and absence of housing and work are experienced immediately. The freedom of release is truncated by limited housing options, partially as a result of neighborhood bans on people with felony convictions, and a job market that has very little inclination or incentive to hire former prisoners. Add to this reality significantly higher rates of mental illness; tendencies toward social withdrawal; lack of support networks or family to rely on due to the added social distance of a supermax prison; and no transition services after spending years in the most extreme isolation, and the experience of a former supermax prisoner begins to take shape. More notably it begins to demonstrate the compounded effects of supermax confinement and the additional limitations once released. In the same way, one prisoner’s perceived ease of life in prison compared to his experiences of life on the outside, as well as another’s longing for a space she can control even if it is a cage, demonstrates precisely the extra layer of difficulties created by prolonged isolation.

A press release from AFSC calls the report’s findings “a wake-up call to corrections officials, state leaders, and social service agencies, who are often completely unaware of the prison experiences of their clients or how to assist them in this transition. AFSC hopes that this research will add to the growing body of evidence that the practice of long-term solitary confinement in supermax units creates more problems than it is purported to solve and should be abolished.”

AFSC also notes that “the release of this report coincides with the launch of Arizona is Maxed Out, a joint campaign with the ACLU of Arizona against the planned expansion of maximum-security prisons in Arizona. The latest state budget allocated $50 million to build 500 more maximum-security beds in the next two years.”