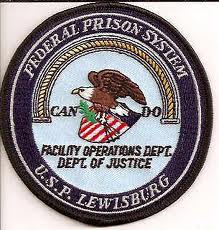 The Lewisburg Prison Project is a nonprofit group that “provides legal and other assistance to prisoners in Central Pennsylvania. We are dedicated to the principle that prisoners are persons with incontestable rights to justice and compassion. We strive to provide safeguards for their constitutional and human rights.” Last week the Williamsport (Pennsylvania) Sun-Gazette drew on statements from the LPP in reporting on the dangerous conditions in the segregation unit at the Federal Prison in Lewisburg.

A special unit for incorrigible inmates in the federal penitentiary here is dangerous for both inmates and staff alike.

The Lewisburg Prison Project, which advocates for inmate rights, has issued a statement alleging the facility is plagued by a “plethora of flaws” that has increased tensions and may have contributed to three violent inmate deaths between May and July of this year.

The Lewisburg Federal Penitentiary has about 1,100 inmates – 200 of who are assigned to support service jobs and live under “general population” rules. The approximately 900 others are assigned to a Special buy ambien cr online Management Unit and a multi-step program theoretically designed to help inmates earn their way back into the inmate general populations at other less-restrictive facilities.

When announced in 2008, the Special Management Unit (or SMU) was described as designed to attempt the rehabilitation of problem inmates. However, SMU inmates get one hour of recreation per day, and the other 23 hours each day are spent in cells with an assigned cellmate. The LPP claims the confinement, coupled with cells sometimes being shared by incompatible inmates, has created mayhem…

A statement released by the LPP claimed two of the three deaths were the result of one cellmate attacking another while his hands were cuffed.

In both instances, the attacks are alleged to have occurred after one inmate had inserted his hands through a door slot and had cuffs removed and then attacked his cellmate who was still in cuffs.

The third death is alleged to have been caused by pepper gas fired into a cell to quell an altercation. The deceased, according to the LPP, was asthmatic and the victim of the attack.

The LPP alleged “conditions in Lewisburg set up an almost guaranteed cycle of violence (that) strains the prison staff who daily work with people who are effectively caged like animals without adequate psychological counseling, work assignments, exercise, and preparation for eventual release from prison.”