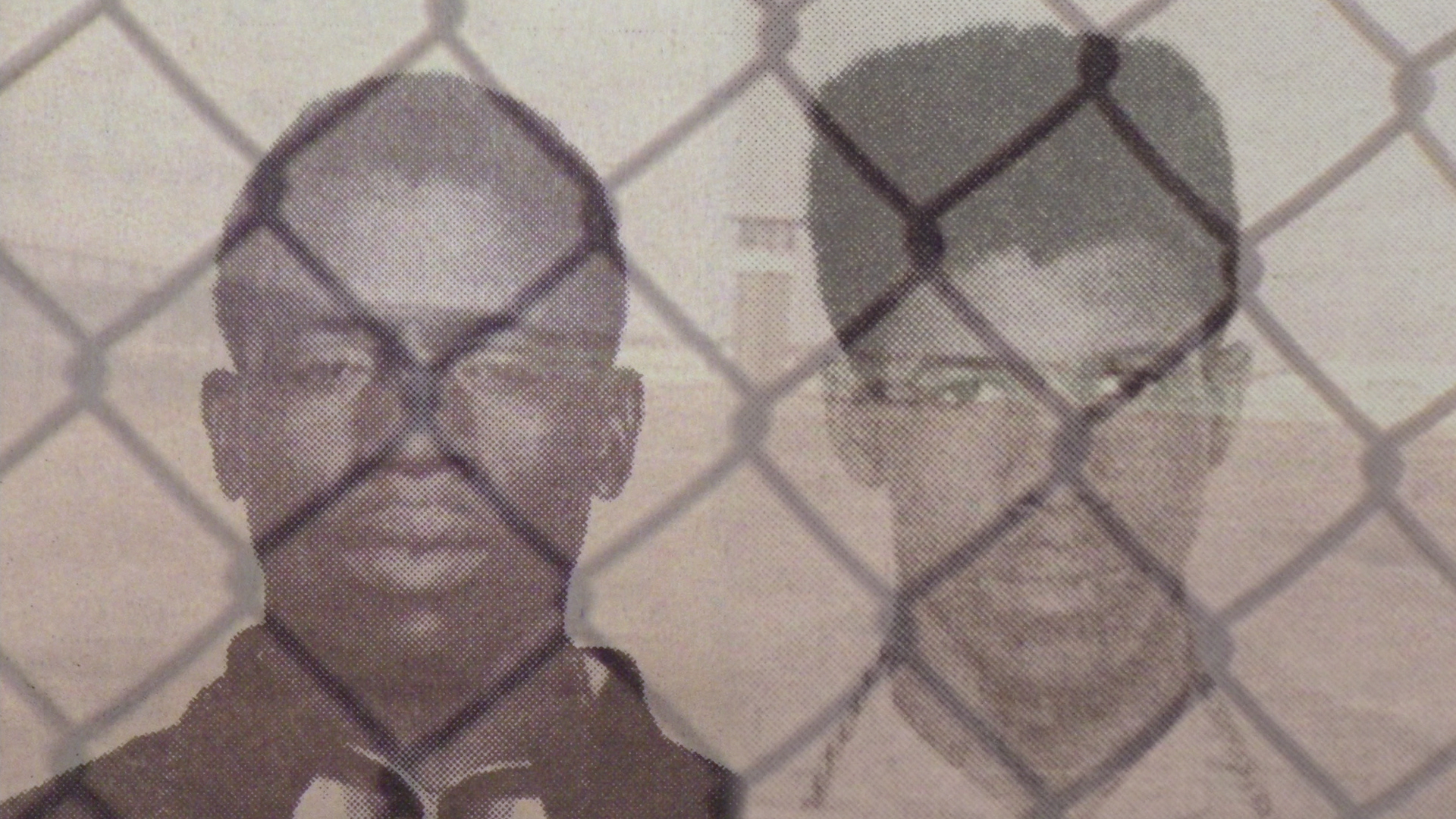 Herman Wallace and Albert Woodfox in the early 1970s. Photo from "In the Land of the Free..."

In the Land of the Free…a documentary about the Angola 3, makes its American premiere at the Human Rights Watch Film Festival in New York tomorrow night. The film tells the story of three men who have collectively spent more than a century in solitary confinement at the Louisiana State Penitentiary. Robert King, who was released after 29 years in solitary, will be at the premiere, along with the director, Jean Vadim. Herman Wallace and Albert Woodfox remain in solitary, where each has been for 37 years. Tickets are still available for tomorrow night’s showing and a second one on Thursday, at Lincoln Center’s Walter Reade Theater; go to http://www.hrw.org/en/iff/land-free to buy tickets online.

We have written extensively about the Angola 3 for both Solitary Watch and Mother Jones–you can read some of our articles here, here, and here. This is a pivotal time in the case, with a decision expected soon on Albert Woodfox’s appeal, and a trial likely coming later this year in the Angola 3’s civil case, which challenges their solitary confinement on constitutional grounds.

In the Land of the Free… premiered in London in March. This article from The Guardian provides some backstory on the film as well as the case. And here’s a trailer for the film.