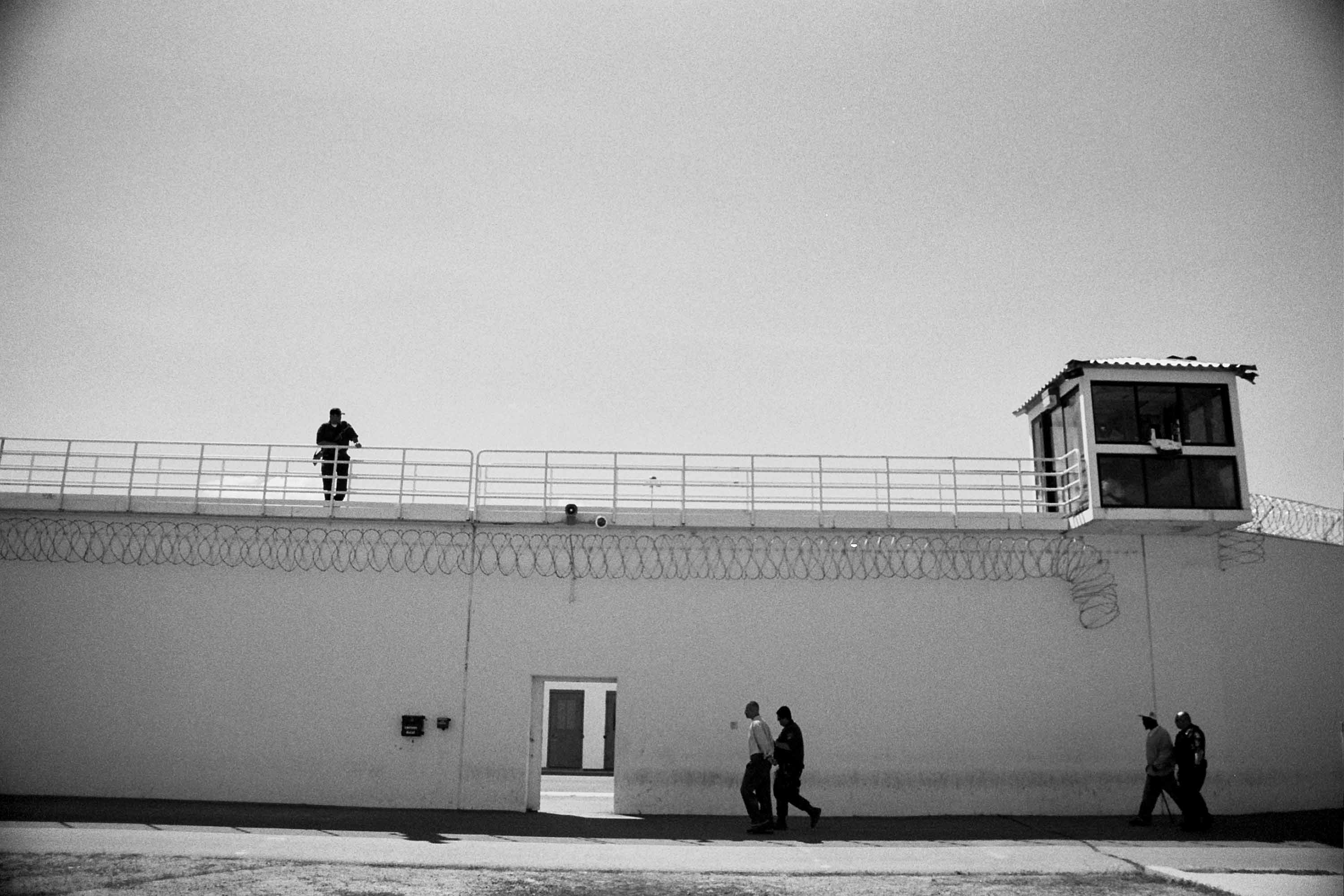 The American prison system is rife with euphemistic acronyms for the places where inmates are held in solitary confinement: Our prisons contain SHUs, SMUs, ASUs, CCRs, and most recently CMUs.* Now, a powerful two-part expose by Charles Pillar in the Sacramento Bee shows what goes on inside the BMUs–the “Behavior Modification Units”–in several California prisons.

These units are supposed to combine SHU-style isolation and deprivation with a special program that includes classes in “life skills” like anger management, substance abuse treatment, and other measures to prepare troublesome prisoners to return to the general population, or to the outside. But the classes have been eliminated for cost reasons–if they ever existed at all–and what’s left is solitary confinement.

Some of the inmates’ “behavior problems” undoubtedly resulted from untreated mental illness. Whatever their cause, these problems were unlikely to be improved by round-the-clock lockdown. And at some of the BMUs, inmates reportedly lived in particularly brutal conditions, in an environment where, according to the Sacramento Bee, “guards seemed to view behavior modification as a license to make inmates as miserable as possible to compel obedience.”

A Bee investigation into the behavior units, including signed affidavits, conversations and correspondence with 18 inmates, has uncovered evidence of racism and cruelty at the High Desert facility [in Susanville, CA]. Inmates described hours-long strip-searches in a snow-covered exercise yard. They said correctional officers tried to provoke attacks between inmates, spread human excrement on cell doors and roughed up those who peacefully resisted mistreatment.

Many of their claims were backed by legal and administrative filings, and signed affidavits, which together depicted an environment of brutality, corruption and fear.

Behavior units at other prisons were marked by extreme isolation and deprivation – long periods in a cell without education, social contact, TV or radio, according to inmate complaints and recent visits by The Bee. An inmate of the Salinas Valley State Prison behavior unit won a lawsuit last year to get regular access to the prison yard after five months without exercise, sunlight or fresh air.

The list of abuses reported by the prisoners goes on: “Some cells leaked in rainstorms, soaking mattresses, they said, and blankets and toiletries were routinely withheld. Birds trapped in the unit defecated in prisoners’ food trays, and prayer books and rugs were confiscated without recourse.” When they complained, inmates said, “mistreatment escalated to threats and outright assault.”

Prisoners also alleged that racism played a role in their abuse, reporting that guards used racial slurs and referred to the BMU as the “black monkey unit.” One inmate who was marched down the corridor naked and in chains after a “cell extraction” said that he felt “like I just stepped off an auction block.”

Pillar’s articles document not just the abuses themselves, but the California Department of Corrections and Rehabilitation’s extensive efforts to ignore, discredit, or bury these abuses.

State prison officials have known about many of these claims since at least July 2008, when Department of Corrections and Rehabilitation social scientists sent to High Desert to assess the program reported allegations of abuse – including denial of medical care, racial slurs, gratuitous violence and destruction of protest appeals.

The Bee‘s investigation also revealed a broad effort by corrections officials to hide the concerns of prisoners and of the department’s own experts.

Inmates believe that the letters of complaint they wrote to the state inspector general and FBI were never sent out by the prison–and if they pressed the issue, they said, they were subject to retaliation. Several state researchers also say that corrections official told them to to keep quiet about the abuse allegations, and to downplay and bury them in official reports.

The articles deserve to be read in full–both part one and part two. And it looks like they may actually have some measurable impact: In a follow-up to its expose, the Sacramento Bee reported:

State prison officials said Monday that they had dramatically broadened their investigation of alleged racism and cruelty by guards at the High Desert State Prison in Susanville. The move came in response, officials said, to a Bee investigation published Sunday and Monday about claims of abuse of prisoners in a special behavior modification program.

Investigative reporting has proved instrumental to exposing conditions in solitary confinement in several other cases, as well–notably Lance Tapley’s reporting on the Maine State Prison SHU, and Beth Hundsdorfer and George Pawlaczyk’s series on Tamms Supermax in Illinois.  The reporting has spurred official investigations, or even policy changes or legislative actions.

It looks like the American Friends Service Committee–which has long opposed the torture of solitary confinement–may be hoping the same thing will happen in California. On Monday, the Sacramento Bee reports, the AFSC “challenged California legislators to look into the abuse allegations–and pushed for the behavior units to be sharply restricted.” (You can read AFSC’s press release here.) And on Tuesday two state senators sent a letter to Arnold Schwarzenegger stating their intent to “fully examine these allegations,” and requesting an immediate briefing by the corrections department.