• The Georgetown Law Institute for Constitutional Advocacy and Protection, along with 68 current and former prosecutors and U.S. Department of Justice officials, filed a brief to the U.S. Court of Appeals for the Fifth Circuit calling for Dennis Hope to be released from solitary confinement in Texas. Hope has spent the last 26 years in […]

• The Texas Observer published a piece telling the story of solitary confinement in Texas prisons, through various firsthand accounts from people who spent significant time in severe isolation. According to its own numbers, the Texas Department of Criminal Justice (TDCJ) holds over 4,400 people in solitary, including 1,300 people held in isolation for six or […]

Update, July 2018: Recently Dennis Hope, whose story is featured in this article, shared with us the complaint from a lawsuit he has filed pro se in federal district court in Texas. Hope challenges the constitutionality of his nearly 25 years in extreme solitary confinement, and particularly the lack of justification or any meaningful review process […] 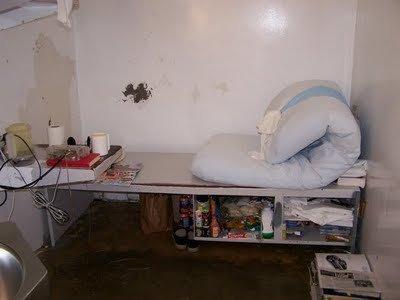 This post is the second in a series of pieces Solitary Watch is publishing as part of a new project calling for people held in solitary confinement to write on various proposed themes. As mentioned in our introduction to the series, our first suggested theme, “A Day in the Life,” calls for writers to describe a day in his […]