Struggling to Survive at San Quentin: "We Are Dying in Here"

Editor’s Note: Juan Moreno Haines is an award-winning journalist incarcerated at San Quentin State prison and a member of the Society of Professional Journalists. A past recipient of a Solitary Confinement Reporting Project grant, Haines has contributed several pieces to Solitary Watch on the recent massive outbreak of the coronavirus at San Quentin, continuing his coverage even after he contracted the virus and was moved into solitary confinement himself. Here, he introduces the words of Thanh Tran, another man struggling to survive the virus at the prison. 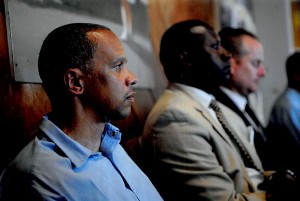 On July 9, Adnan Khan of Re:Store Justice and James King of the Ella Baker Center for Human Rights sponsored a demonstration at San Quentin. The protest included the formerly incarcerated, family members of the prisoners inside San Quentin, and State Senator Scott Wiener as well as several state assembly members.

All gave powerful speeches about the COVID-19 crisis in San Quentin, but it was the words of Thanh Tran that humanized what the free world was not allowed to see. Tran’s words were read by James King. —Juan Moreno Haines

I write this after three days of being curled into a fetal position, fighting off COVID-19. For a week now, shrieks of “man down,” followed by alarms have become my alarm clock. I count at least five emergency medical alarms a day. Over 30 people hospitalized in my building alone, this past week.

After fighting excruciating headaches and vomiting, all that I am given to heal myself is a box lunch, which is now served for breakfast, lunch, and dinner. We have not been allowed to use the pay phone for over two weeks now. We are given showers once every five days, showering with 40 to 50 other people at a time. Eighteen shower heads, one foot apart, in a building with no ventilation, creating a sauna-like effect.

I was COVID tested in late June, in an attempt to transfer me to another prison. By this time, efforts had already been made to separate COVID positive from the negatives. That same day, I was placed back into the same building with the same sick men. That same day, I showered in that same sauna-like shower and listened to people discuss how sick they were. That same day, I had to walk down the tier, down to the first tier to pick up my dinner tray in a line of 40 to 50 people, then walk back up.

Two days later, I was showing symptoms. I washed my hands. I wore my mask. I was locked into a cell 23 hours a day. I slept head to foot with my cellie and was still infected with COVID-19. To add insult to injury, I was sick and bedridden when I received my test that read COVID negative. This is what it looks like to test someone, then try to transfer them.

This is the sickest I’ve been in my life. This is the most alone I’ve ever been in my life. I’ve asked multiple nurses to please give me medicine, but to no avail, so far. I only do oxygen tests. I only see people who are tested positive already put in a sick call for them. The most painful, but common response so far is, “Okay I’ll be right back.” But they never come back.

I get it. There’s not enough of them to see everybody. Someone is showing symptoms, but hasn’t tested positive yet. That doesn’t make it right. COVID negatives are still being forced to cell with people who are COVID positive. Men in Badger Section are forced to be in 23-hour lockdown in a four by nine cell with no electricity to even boil a cup of coffee, not to mention, a soup. Men in the medical tents are experiencing the same. 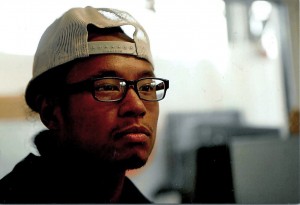 The California Department of Corrections and Rehabilitation (CDCR) contracted an outside vendor to bring prisoners warm meals; however, the services are scheduled to end the week of July 27. About two weeks after general population prisoners were transferred to Badger Section, electricians went on a three-week work schedule installing power to the cells. Since July 22, pay phones, with limited free calls, have been restored to the prisoners.