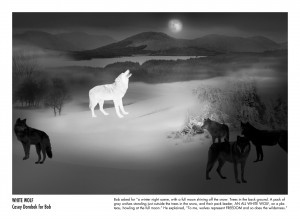 No one knows exactly how many people are held in solitary confinement throughout New York State. There’s the SHU, or Special Housing Unit, a special unit dedicated to locking people away from other. Then there’s keeplock, where people are confined to the cells in their housing units. There’s also protective custody, where people fearing or at risk for violence, are confined. In each of these, people are held in their cells for at least 23 hours each day. Often, their only human contact is with the guard that brings them their food or handcuffs them before bringing them to the shower three times each week. Some have spent years, and sometimes decades, in isolation.

While Rikers Island records the numbers of those who are isolated isolated, no data is compiled from jails throughout the state. As of September 1, 2017, state prisons held 2,886 people in SHUs. Approximately 1,000 people are held in keeplock, where people are confined to the cells in their housing units.

That’s how New York City photographer Noelle Theard became involved. After returning from Timbuktu and Mali, she saw the request for a sunrise over the Sahara. She knew she had an image that fit perfectly and dug through her negatives to send it in.

Though Theard is no stranger to prison reform issues, she was particularly inspired by the project’s participatory and practical nature. “The best part was that the photos could be of use to someone,” she told Gothamist. “Sometimes we get caught up in the overarching narrative [of an issue] that we forget that people are living these realities.” 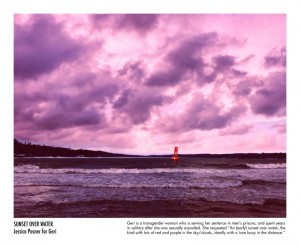 Some of the works provided to prisoners through Photo Requests from Solitary are currently on display at Photoville in DUMBO. On Wednesday night, Johnny Perez and other volunteers from the New York Campaign for Alternatives to Isolated Confinement greeted visitors examining the pictures.

For Perez, the issue of solitary confinement is personal. During his 13 years in prison, he spent an accumulated three years in solitary confinement, often in cells less than half the size of the 20′ x 8′ foot container. In one prison, the six-foot-tall Perez could touch the cell walls on either side whenever he stretched his arms. “That’s how big some of the cells are,” he said.

Perez was released before Photo Requests from Solitary reached New York’s prisons. But he knows the value of an image. Being in prison, he explained, means “never crossing the street for 13 years. Not seeing trees or grass. Solitary is a space so deprived of sensory stimulation. It’s easy to get psychologically boxed in.”

Photos prevented Perez from detaching from the outside world. “Pictures bring you back to reality. They give you hope. They allow you to continue,” he said.

Read the full article at Gothamist.

Photoville, a pop-up exhibition space using shipping containers as galleries, is located at Brooklyn Bridge Plaza (Water and New Dock Streets) in DUMBO, Brooklyn. The Photo Requests from Solitary exhibit can be found in Container 2. Photoville is free and open to the public. Hours during the second and final week are as follows:  Thursday 9/21, Friday 9/22, Saturday 9/23, 12 noon – 10 pm and Sunday 9/24, 12 noon – 8 pm.

What They Wanted to See: Images for People in Solitary Confinement

“Photo Requests from Solitary” Comes to the Brooklyn Public Library