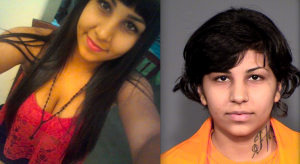 Even in Arizona, a state notorious for its harsh prison conditions, the case of Mariam Abdullah stands out–for the extent of willful neglect she suffered, and for the tragic consequences that resulted.

Abdullah, an 18-year-old housed at Perryville Prison in Arizona, committed suicide after being placed in isolation for threatening to fight another incarcerated person. Abdullah suffered from multiple mental illnesses, and frequently had visual and auditory hallucinations.

Abdullah was arrested in June 2014 for armed robbery and was serving a three-year sentence at Perryville Prison where she was transferred to adult maximum-custody at the Lumley Unit after turning 18.

On July 19 Abdullah was found unresponsive in her cell, when she was then taken to a local hospital where she died. Her death came after the Prison Law Office, a nonprofit prison advocacy group, wrote to the Arizona Attorney General’s Office regarding Abdullah’s conditions in prison.

Abdullah reported not receiving any educational programming or mental health services, which could have violated laws regarding minors in prison. Abdullah had also been denied visitations, and had not seen her mother since March. She sent in multiple health needs requests where she asked to speak to someone who could help her with her mental health, but was granted only checks at the front of her cell.

As part of her isolation, Abdullah was allotted three times a week to shower and another three times a week for recreation, but went through periods where she was neglected these privileges because of a lack of staff on duty. Abdullah needed two custody offices with her, but only one had been working.

“Ms. Abdullah reported that she is not allowed to have books, a TV, or radio in her cell. She has colored pencils and paper that her mother bought for her through the commissary,” Kendrick said in her letter. “The education services she is receiving are wholly inadequate—the teacher sits at her cell door for about 10 minutes and talks to her, but does not leave worksheets or workbooks.”

Kendrick described Abdullah as sad and traumatized from her experiences, with her conditions being worse than what many adults face while in prison. Many of the conditions Abdullah lived in went against the ruling of the Parson v. Ryan case, a class-action lawsuit the Prison Law Office filed against the Arizona Department of Corrections along with the American Civil Liberties Union.

The case called for new performance standards and allowed the Prison Law office to take tours of state prisons regularly. In the letter, Kendrick stated the conditions Abdullah was held in did not comply with measures in the Maximum Custody Outcome Measures and detailed many of the hardships Abdullah faced. Ultimately, she called compliance and change.

“We ask that Ms. Abdullah be immediately removed from the severe isolation she is being subjected to at the Minors Unit; that she be provided at a bare minimum the out-of-cell time mandated for SMI adults under the Stipulation; that clinical staff immediately evaluate her for placement in an inpatient unit where her serious mental health conditions can be properly treated; and that she be stabilized at such a unit and returned to a general population unit rather than maximum custody using a custody override if necessary,” Kendrick wrote in the letter.