Significant reductions in California’s use of solitary confinement in state prisons are expected to save the state millions of dollars, perhaps even more if state lawmakers heed the advice of the state’s nonpartisan Legislative Analyst’s Office (LAO). Contrary to warnings by Governor Jerry Brown and others, the reductions in isolation also appear to be coinciding with a measurable reduction in violence in California’s prisons.

With the state prison system’s use of segregation units down by over 50 percent in the past three years, the Governor’s proposed budget for the next fiscal year estimates savings of up to $28 million by converting underutilized segregation units for different uses.

In October 2012, there were 3,923 individuals in Security Housing Units, which are long-term segregation units, and 7,007 in Administrative Segregation Units, which are typically shorter-term segregation units. As of January 28, 2016, the California Department of Corrections and Rehabilitation reports there are just 2,211 people held in SHUs and 2,643 in ASUs.  These reductions have been most significant in the SHU, where, historically, individuals spent years, even decades, in solitary confinement because of real or suspected gang affiliation. Due to to prisoner-led hunger strikes and a federal lawsuit against the practice of isolating prisoners purely due to gang affiliation, California has since moved away from this, turning instead towards a system that reserves SHU terms for behavior rather than simple affiliation. 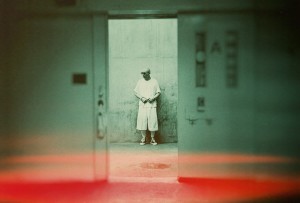 On September 1, 2015, CDCR  announced it had reached a settlement agreement with hunger strike leaders who filed a federal class-action lawsuit, known as Ashker v. Brown, against long-term solitary confinement. Under the terms of the settlement, CDCR cemented its move away from isolating people solely on the grounds of gang affiliation and established a review system to evaluate whether those in the SHU actually need to be there. This reduced ability to isolate gang affiliates apparently has prison officials and those in the Governor’s office concerned. Governor Brown is calling for nearly $6 million in additional spending on gang monitors, arguing the reduction in solitary confinement may lead to an increase in gang activity.

“According to the administration, these positions are needed to handle workload from an anticipated increase in gang activity related to the new segregated housing policies required by the Ashker settlement,” reports the LAO. “Specifically, the department plans to use the additional positions to monitor the activities of gang members released to the general population.” However, the LAO argues “the [state] has not established a clear nexus between the policy changes and the increased workload” suggested by the Governor, and recommends legislators reject this additional spending.

The Governor’s proposal to spend $5.8 million to beef up CDCR’s Investigative Services Unit (ISU) which, among other investigative functions, monitors gang activity, is predicated on assumptions that are simply lacking in evidence. It is clearly true that CDCR is isolating fewer and fewer prisoners for gang affiliation. But it is also true that these reductions have been going on for several years now, and further, CDCR is still engaged in the practice of isolating people for behaviors that are deemed to have a nexus to gang activity.

The reduction in California’s use of solitary confinement has been an ongoing process for several years now, beginning in 2012 when CDCR, in response to prisoner-led hunger strikes in 2011 protesting long-term solitary confinement the SHU, began revising SHU policies and implemented a Step D0wn Program to transition people out of the SHU. As part of that process, CDCR established a system in which a Departmental Review Board (DRB) began reviewing all individuals in the SHU to determine whether it made sense to keep them in SHU or simply release them to the general population.

As Solitary Watch repeatedly reported over the years, the DRB consistently endorsed the vast majority of gang validated prisoners for release to the general population. By June 12, 2015, there were 1,274 reviews conducted in SHUs and ASUs. Of them, 910 were released or endorsed to release to the general population and 321 were placed in various levels of the Step Down Program. At no point did state corrections officials ever raise alarm bells about increased gang activity in the state prison system as a consequence.

It is true that releases from solitary have accelerated in the past six months. Last summer, CDCR developed revised policies governing ASUs, providing for, among other things, shorter terms and greater due process, resulting in a sharp drop in ASU populations across the state.

At this point, however, there is still no evidence that either the Governor’s administration or CDCR can point to indicate an association between these policy changes and an escalation in problems, something noted by the LAO. “[T] the department has been unable to provide a detailed analysis which indicates the specific workload increases that will result from the policy changes,” the LAO reports. The LAO goes on to note that key metrics that would suggest more investigators are needed are actually headed in a positive direction. For one, the state prison population continues to decline, the result of state efforts to come into compliance with a U.S. Supreme Court order to reduce the prison population and an assortment of ballot initiatives which have further reduced the number of prisoners. And secondly, “the number of assaults on inmates and staff has decreased from about 8,500 in 2012–13 to about 1,200 in 2014–15.”

In other words, California prisons are overall far less violent than they have been in the recent past. Taken together with the absence of evidence that the end of CDCR’s old policy of isolating people for gang affiliation will lead to a spike in gang activity, the LAO recommends turning down the Governor’s proposal to increased funding for the ISU. “We recommend that the Legislature reject the administration’s proposal for $5.8 million to fund increased staffing for the ISU because the proposal lacks sufficient workload justification, particularly in light of recent declines in other ISU workload,” concludes the LAO.