Jacob Barrett is an Oregon state prisoner who was transferred to Florida and has been held for years in “Close Management,” or solitary confinement, most recently at Florida State Prison in Raiford. On February 1, Barrett began a hunger strike not only against the conditions he himself has endured, but also against the rampant abuses in Florida’s prisons. These abuses have gained notoriety in recent months due an increase in reporting, especially by the Miami Herald, on the high number of prison deaths in the state. These include such gruesome cases as a man with mental illness who was locked in a scalding shower until his skin melted off, and another who was gassed to death while locked in a cell.

What follows are excerpts from a letter sent by Barrett to the Real Cost of Prisons Project, which has long published his writings and artwork, and a handwritten press release about the hunger strike. Barrett writes that he believes he has no alternative, and that “I’m not killing me, they are killing me.” A practicing Druid, he cites both the Quran and the ancient Celtic tradition of the Troscad—a ritual fast held in protest of grievances.

After two weeks on hunger strike, Jacob Barrett, who is no longer permitted to write letters, has been transferred to a “crisis unit.” His supporters on the outside are urging people to write to him and to contact prison officials on his behalf, as outlined here: www.facebook.com/JacobBarrettHungerStrike. —Jean Casella

I don’t believe there are any reasonable timely alternatives. My court cases will be tied up for years, all the while abuses continue and I can’t even make a phone call to my family. We get punished for talking to other prisoners. It is going to force their hand. And sometimes it is the right thing to do.

I am not doing it solely for me, but other prisoners as well. I am also doing it to show solidarity for families of those who have recently been shot and murdered by police. I’m tired of hearing these guard call people “faggot” and beat on people and get away with it.

There is a verse from the Quran that says “The life of this world is but a comfort of illusion.” (3:185). I don’t know. All I know is I find no comfort in the Florida illusion. I know my action is extreme, however, I’m not killing me, they are killing me. It’s their conduction that is provoking it.

They have three choices:(1) correct their wrongs; (2) send me out of Florida—which would negate the need for a troscad; or (3) let me die and face media scrutiny, if the media even cares. 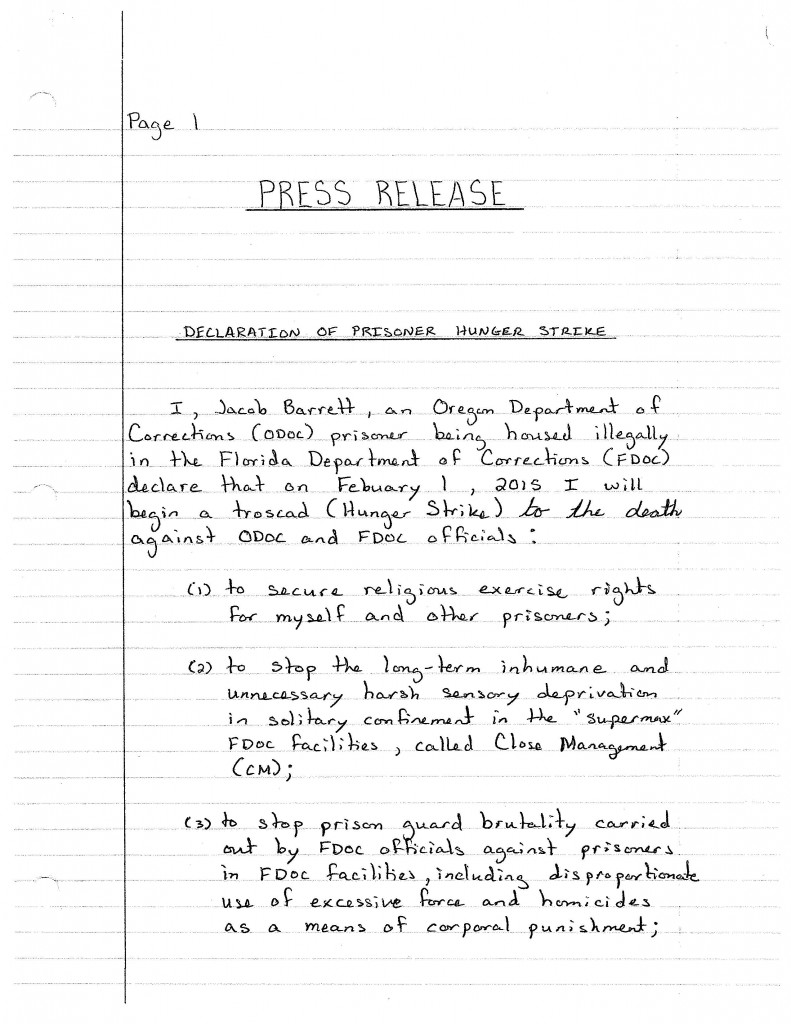 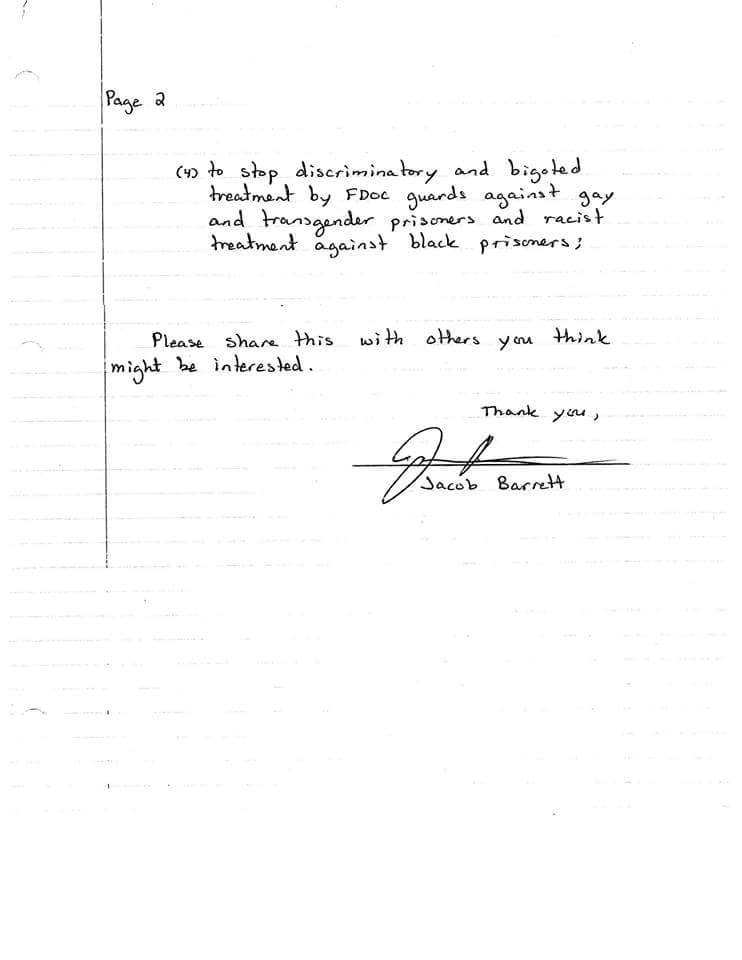