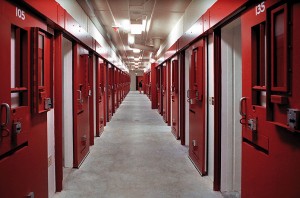 On November 28, the United Nations Committee Against Torture released a 15 page report reviewing the United States’ compliance with the UN Convention Against Torture and Other Cruel, Inhuman or Degrading Treatment or Punishment (CAT). The report cites the excessive use of solitary confinement in U.S. prisons and jails as a violation of CAT, and recommends a set of dramatic reforms.

The report is a follow up to the Committee’s meeting with United States government officials on November 12 and 13 in Geneva. As a state party to CAT, the United States is expected to submit a “Periodic Report” detailing its adherence to the Convention, as well as respond to questions, observations, and recommendations for change issued by the Committee. Over the two days, the United States delegation presented its latest periodic report for a ten-member Committee to review, after almost an 8 year gap since the last such review.

The U.S. government’s periodic report discusses some 55 separate issues of concern to the Committee Against Torture ranging from the treatment of immigrants in detention, the death penalty, police brutality, and sexual abuse of people in prison to the rendition and secret detention of terror suspects and their continued presence at Guantanamo Bay. In all cases, the United States insists that it is in compliance with CAT, even as several human rights and civil liberties organizations submitted shadow reports telling otherwise. (Access them here: American Civil Liberties Union; Center for Constitutional Rights, Legal Services for Prisoners with Children and California Prison Focus; American Friends Service Committee; NY CAIC; the Correctional Association of NY; NRCAT; T’ruah; Victorious Black Women, and the Midwest Coalition for Human Rights.)

The U.S. periodic report also attempts to dismiss the Committee on Torture’s concerns on solitary confinement–which the UN Special Rapporteur on Torture defines as “physical and social isolation of individuals who are confined to their cells for 22 to 24 hours a day,” and to which some 80,000 people are being subjected to every day in the United States. As per the U.S. report, there is “no systemic use of solitary confinement in the United States.”

However, in Geneva, members of the Committee Against Torture raised multiple questions and concerns about solitary confinement in U.S. prisons and jails. Committee Vice-Chairperson George Tugushi questioned the American delegation about measures taken to limit the use of solitary confinement, especially on children and other vulnerable individuals. Another Committee member, Alessio Bruni, asked about prolonged solitary confinement such as is being used in Louisiana, where individuals have been isolated for 30 years, and noted that such treatment caused “anxiety, depression and hallucinations until their personality is complete destroyed.”

Both in its periodic report and during the hearings, the United States government sought to assure the Committee on Torture that sufficient restrictions on the imposition of solitary confinement are already in place. At the hearings, David Bitkower, the Deputy Assistant Attorney General at the Department of Justice maintained that “U.S. courts have interpreted the Eighth and Fourteenth Amendments of the U.S. Constitution as prohibiting the use of solitary confinement under certain circumstances.” The U.S. periodic report further claims that The Americans with Disabilities Act of 1990 (ADA) and the Rehabilitation Act of 1973 (Rehabilitation Act) limit the use of solitary confinement against persons with mental illnesses and other disabilities, while the PREA [Prison Rape Elimination Act] offers protection from the same for children.

But in its “Concluding observations” released last week, the UN Committee reaffirms that “it remains concerned about reports of extensive use of solitary confinement and other forms of isolation in US prisons, jails and other detention centres for purpose of punishment, discipline and protection, as well as for health-related reasons” even as the United States denies any “systemic use.” In the report, the Committee once again raises concerns on the use of solitary confinement for indefinite periods of time, its use against children and persons with mental disabilities, and the general lack of pertinent statistical data. The report also states that the isolation of prisoners for 22 – 23 hours a day as used in super-maximum security prisons is “unacceptable.”

Asked how he believes the U.S. government might respond to these recommendations, David Fathi, Director of the ACLU’s National Prison Project said: “We shouldn’t hope for dramatic change.  Even if the federal government were highly motivated, it has limited authority to affect conditions in state and local facilities, where ninety percent of prisoners are held.” However, he hopes that the Committee’s report “may give an added push to states and localities that are already considering solitary reform.”