"Disappearing" the Disadvantaged Into Prison, and Into Solitary Confinement

Dr. Terry Kupers is one of the nation’s leading experts on the psychological effects of prison isolation. A psychiatrist with a background in psychoanalytic psychotherapy, forensics and social and community psychiatry, he is on the faculty of the Wright Institute in Berkeley. The following is a brief excerpt from a chapter entitled “Isolated Confinement: Effective Method for Behavior Change or Punishment for Punishment’s Sake?” which appears in The Routledge Handbook of International Crime and Justice Studies (Eds. Bruce Arrigo & Heather Bersot, Oxford: Routledge, 2013, pp. 213-232). It is reprinted here with the kind permission of the author. In this excerpt, Dr. Kupers discusses “some social implications of supermax security prisons” — including how they are used to permanently remove the poor and disenfranchised — and especially those with mental illness — from free society. 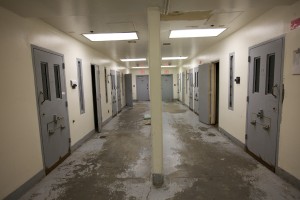 In recent decades in the U.S.A., wealth has become more concentrated in fewer hands, the gap between rich and poor has grown, and there has been a turn away from social welfare programs that would ordinarily support disadvantaged people. Meanwhile, disadvantaged people, for example low-income individuals with serious mental illness, on average, receive less than adequate treatment and support in the community, and tragically, in all too many cases, find their way into the criminal justice system. In other words, poor and disenfranchised people are “disappeared” by the increasingly inequitable society that refuses to adequately fund services they need to stay afloat. While this trend is rarely discussed in these terms, I firmly believe disadvantaged people are being disappeared from public view into the jails and prisons because the public is too little interested in helping them, cannot bear to witness their suffering in the community, and all too conveniently, there is the politically popular ideology of “lock ‘em up and throw away the key.” Criminal defenses built on some version of “incompetence to stand trial” or “not guilty by reason of insanity” become more difficult to win. Sentences are made longer, more mandatory and harsher. And meanwhile, in the jails and prisons, there is crowding and inadequate mental health services, and diminishing opportunities to participate in meaningful educational and rehabilitative programming.

Individuals with serious mental illness spend ever longer periods behind bars, they are less prepared for success at “going straight” once they are released, and their parole violation rates and recidivism rates rise precipitously. While the population of prisoners with serious mental illness might appear a “special case,” in fact a comparable fate awaits prisoners who do not suffer from significant mental illness. While the prison population has multiplied many times over in recent decades, educational and rehabilitation services, like mental health treatment services, have not grown apace. Prisoners face longer sentences, a greater likelihood they will spend a significant amount of time in isolation including supermax confinement, and a rapidly rising recidivism rate after they are released.

David Garland provides a social historical analysis of these developments, differentiating between the age of reform or the welfare state era that lasted for approximately 100 years and came to an end in the early 1970s, and the “culture of control” that has succeeded the welfare state era and prevails today in criminal justice:

The criminologies of the welfare state era tended to assume the perfectability of man, to see crime as a sign of an under-achieving socialization process, and to look to the state to assist those who had been deprived of the economic, social and psychological provision necessary for proper social adjustment and law-abiding conduct. Control theories begin from a much darker vision of the human condition. They assume that individuals will be strongly attracted to self-serving, anti-social, and criminal conduct unless inhibited from doing so by robust and effective controls…. Where the older criminology demanded more in the way of welfare and assistance, the new one insists upon tightening controls and enforcing discipline (Garland 2001: 15.)

Of course, the supermaximum security prison is the epitome, and a natural culmination of control theories. Another name for the supermaximum security unit is “Control Unit.” And it is no accident that little in the way of education or rehabilitation is available to the denizens of supermaximum “control units.” Rehabilitation is not in the government’s plans for them. I have focused on prisoners with serious mental illness who land in long-term solitary confinement. Their condition, their disabilities, and their prognosis become much worse on account of the idleness and isolation. Of course, when prisoners are kept idle and isolated, there is little or no mental health treatment, nor rehabilitation. This explains why prisoners with serious mental illness are so severely and irreversibly damaged by their experience in isolation. But the conditions that cause psychiatric deterioration in prisoners with serious mental illness are obviously going to cause pain and emotional harm to prisoners who appear, upon casual inspection, to be emotionally stable. Thus, following a rigorous review of the extant research literature on supermax confinement, a group of widely recognized experts on solitary confinement concluded: “No study of the effects of solitary or supermax-like confinement that lasted longer than 60 days failed to find evidence of negative psychological effects” (Amicus Brief to the Supreme Court 2005).

I explained in the previous section why the prognosis for individuals suffering from serious mental illness becomes more dire after they spend time in a prison solitary confinement unit…[T]he neglected and traumatized individual with serious mental illness has a much more dire prognosis than the individual who enjoys a supportive environment and adequate treatment. It is in this sense that the harsh conditions of solitary confinement cause great and permanent damage. Prisoners suffering from serious mental illness are disproportionately consigned to solitary confinement for much of their term in prison, there they are unlikely to receive adequate treatment, they are not going to participate very much in rehabilitation programs, and after they have spent a number of years in prison their psychiatric disorder is likely to be more severe, more chronic, less amenable to treatment, and they are more likely to leave prison (if they have a determinate sentence, and over 90% of prisoners are eventually released) broken and incapable of adjusting to life in the community. Destroying a prisoner’s ability to cope in the free world is one of the worst things prison does. I have described this as “the decimation of life skills,” a form of torture (Kupers 2008b). Crowding, a lack of rehabilitation opportunities, excessive reliance on isolation as punishment, restriction of visits and contacts with the outside world, pervasive sexual abuse, disrespect at every turn, the failure of pre-release planning — all these things add up to throwing the prisoner who completes a prison term out into the world broken, with no skills, and a very high risk of recidivism. This is the plight of prisoners with serious mental illness, and it is also the plight of the other prisoners consigned to long-term supermax settings.

I do not believe the public would stand for this outrageous callousness — if the public were aware it is going on in our midst. But the public is almost entirely ignorant about all of this. After all, there is little media attention to the plight of prisoners with serious mental illness, nor to the plight of prisoners with or without mental illness who spend inordinate lengths of time in solitary confinement and are then returned to the community. In some states, including California, there are “gag orders,” i.e. laws against journalists talking to prisoners. And visiting is very restricted. To a great extent, we in the community learn what is happening in prisons largely from the families of prisoners, who visit them and hear about their terrible straits, and then return to the community, and to their legislators, to talk about that. But supermaximum security units tend to be located far from population centers (California’s Pelican Bay State Prison is a seven hour drive north of San Francisco, and Illinois’ Tamms is a comparable distance from Chicago). Then, visiting at supermax prisons is very restricted. The visitor has to sit on the far side of an indestructible fiberglass (lexsan) “window” with no contact, the prisoner is usually brought in wearing shackles, and quite a few prisoners tell me they actually dissuade their families from visiting because they do not want their loved ones to see them in shackles. The public hears little of what occurs in supermax prisons.

I have described a tragic phenomenon that is all too usual (Kupers 2008a). Prisoners in solitary confinement deteriorate and become more psychiatrically impaired and less capable of functioning back in the community. Then, as if to “hide the evidence” from the public that supermax facilities are destroying people rather than preparing them from a law-abiding post-release life in the community, new ways are invented to keep the prisoners locked up and out of sight even longer. Thus, most prisoners are serving determinate sentences, meaning that when the three or twelve years of their prison sentence elapse, they should be able to return home. But in recent years, there has been legislation in many states mandating new forms of post-release civil commitment, and increasingly new criminal charges are brought against prisoners for relatively minor misbehaviors that once would have been punished during their prison term with a short stint in segregation. So the prisoner who completes his prison term is faced with the possibility of being locked in a psychiatric hospital (if he suffers from serious mental illness) or the possibility of being found guilty of a new, in-prison crime because of his actions while locked in an isolation unit. It is as if there is a wish to hide the damage wreaked by years of solitary confinement.

3 thoughts on “"Disappearing" the Disadvantaged Into Prison, and Into Solitary Confinement”