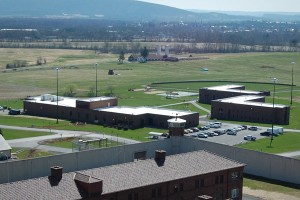 This piece was written by Tewhan Butler, whose blog is featured on the site Live from Lockdown. A Bloods leader, he is 11 years into a 30-year sentence in federal prison on RICO charges. Since beginning his sentence, Butler has been in and out of solitary confinement in a series of prisons.

In 2010, Butler was placed in the Special Management Unit (SMU) at the U.S. Penitentiary at Lewisburg. The federal Bureau of Prisons describes its SMUs as “non-punitive” units, for individuals who are deemed a threat in the general population or otherwise require “special management.” In the Lewisburg SMU, anywhere from one to three men are held in cells originally designed for a single person; they are locked down for 23 hours a day, with an hour of isolated exercise.

Butler was released from the SMU after 20 months and spent time in two other federal prisons, where he worked, took college courses, and kept a clean disciplinary record. In October 2013, according to his account, he was accused of taking part in a fight, but was cleared by a subsequent investigation. Nevertheless, in December he was again “referred” to the SMU, and he landed back at USP Lewisburg. In the following piece, he describes the feeling of  being back in solitary confinement.  —Jean Casella

I thought about life and dreamed of death. I awoke chilled, sweating uncontrollably. My eyes were open though nothing could be seen. Darkness everywhere. I heard ghost-like murmurs. My train of though was jaded. To my self I asked, “Where am I?”

There was something about this place I knew, although this place appeared as nothing greater than the middle of nowhere. Just yesterday, I felt alive. Today, I find it difficult to breathe; suffocating, escaping hope. I’ve been here before, yet the pain of it all feels more intense. The walls seem to be closer. The dungeon darker. Here, it remains hot as hell.

No one can save me, so I die slow without a chance of resurrection.

My surroundings know not of calm, neither before or after the storm. My world has been snatched. Confusion clouds my mind. I stand in the midst of an unnatural disaster. With all my might I hold on. Thus, insanity attempts to take me under like raging waters. Drowning, is this the way death feels?

Buried alive. My cell nailed shut. Rigor mortis has already begun to settle in. My pulse slows. My being is near frozen. Anywhere but here. In the vicinity of this cemented burial site there is no slow singing and flower bringing; Only iron against iron, deteriorating flesh.

This was never a dream, only my reality.

Please be advised, I have been relocated to USP Lewisburg’s Special Management Unit (SMU) program. 23 and 1 for the next eighteen to twenty-four months. Tewhan Butler 26852-050 USP Lewisburg PO Box 1000 Lewisburg, PA 17837