Even as it touts new initiatives to reduce the number of people it holds in solitary confinement, the federal Bureau of Prisons (BOP) continues to quietly make headway on the activation of Thomson Correctional Center in northwestern Illinois. If all proceeds as planned, Thomson will substantially increase the federal government’s capacity to hold individuals in extreme isolation — a fact that no one, these days, seems to want to talk about.

Yesterday, Illinois Senator Dick Durbin and local Congress member Cheri Bustos announced that the BOP has committed $53.7 million in funding for fiscal year 2014 to retrofit and open Thomson. Of that funding, $10 million will be used for renovation, and $43.7 million will be used for equipment and staffing. “This is the news we’ve been waiting for,” Durbin said in a press release. “It’s a sure sign that work will begin soon in Thomson and  confirms, without a doubt, that the Obama Administration remains firmly committed to opening and operating Thomson prison.”

Thomson, the unoccupied prison that the federal government bought from the state of Illinois in 2012, was built between 1999 and 2001 but never opened. Dubbed early on “Gitmo North,” the facility was originally viewed by the Obama Administration as a possible future home for scores of terrorism suspects held by the U.S. at Guantánamo Bay military detention camp in Cuba. The press release put out yesterday by Durbin and Bustos called Thomson a “state-of-the-art, maximum-security prison,” but made no mention that it was slated to become, at least in part, a supermax.

As Solitary Watch reported last year, Thomson is slated to be an “Administrative Maximum U.S. Penitentiary” (ADX/USP). Administrative Maximum is a security classification currently held only by ADX Florence in Colorado, where some 400 people live in 23-hour-a-day solitary confinement, in isolation so extreme that it has been challenged in a series of lawsuits and widely criticized as torture. The joint classification of Thomson as ADX/USP means that a portion of the new prison will also have a Maximum Security classification, which will include an SMU, or Special Management Unit, where individuals are also held in 23-hour lockdown, often with two or three people to a cell.

When asked by Solitary Watch last week for details on the prison’s design (specifically how many of each ADX and USP cells Thomson will contain) and funding, BOP spokesperson Chris Burke responded in an email, stating only that:

Thomson will be a high security prison holding inmates with various security needs. It has 1,600 cells and will help to alleviate crowding. The BOP is working with the Department of Justice and the OMB to develop the FY 2014 Spending Plan. Once complete, the Spending Plan will be submitted to Congress for approval. Until Congress provides the final approval, we will not be able to share the details of the plan.

When asked about the prison last year, Burke was more transparent about Thomson’s security levels, stating that “Thomson will be a high security prison holding inmates with various security needs, including SMU and ADX type inmates.”

Solitary Watch also asked why the BOP requires new supermax cells despite plans to reduce the number of people in solitary, and details on what measures were being taken to do so. Burke said that “high security facilities are currently 51% over rated capacity.”

Burke also stated that “for the past almost two years, the Bureau of Prisons (BOP) has focused on carefully reviewing, assessing, and refining our approach to restrictive housing to ensure that inmates are there for the right reasons and for an appropriate duration.” He listed a number “initiatives” designed to reduce “restricted housing,” including new tracking systems, a “secure mental health step down unit,” a “reintegration unit,” and a new “gang-free institution.”

Backing the opening of ADX/USP Thomson is the same Sen. Dick Durbin (D, IL) who has built a reputation challenging the use of solitary confinement in U.S. prisons. In June 2012 he chaired the first-ever Congressional hearing on solitary confinement. Yet that same year, Durbin played a key role in the state of Illinois’ sale of Thomson to the federal government.

When asked by Solitary Watch about Durbin’s support of a new federal supermax, spokesperson Max Gleischman did not deny that Thomson would include ADX cells. He did not comment on the apparent contradiction in Durbin’s position, except to say that no one would be “housed in segregation unnecessarily.” In an email, Gleischman said:

Senator Durbin opposes the unnecessary use of solitary confinement in federal prisons, jails and detention centers and has been working to highlight consequences the misuse of solitary has on prisoner health and prison safety for years. Thomson prison will be a federal maximum security prison and will help elevate massive overcrowding within the Federal prison system. Senator Durbin will continue his work to ensure that all prisoners, whether in Thomson or elsewhere in the Federal system, are treated humanely and that no one is housed in segregation unnecessarily.

Durbin also included a brief statement about his position on Thomson in his opening remarks at the Senate Judiciary Subcommittee’s second hearing on solitary confinement on February 25, 2014. Durbin began by calling solitary confinement “a human rights crisis we can’t ignore.” He also praised BOP director Charles Samuels for his efforts to reduce solitary confinement. Nonetheless, Durbin said, the “overcrowding crisis in federal prisons” was “one reason I’m working to open Thomson Correctional Center as a federal prison in my state. I look forward to working with the Bureau of Prisons to ensure that Thomson helps to alleviate overcrowding and that all prisoners held there are treated appropriately and humanely.”

Two days after the hearing, Durbin was urging President Barack Obama to fund the opening of Thomson for fiscal year 2015. Durbin was joined by his protégé U.S. Rep. Cheri Bustos (D, IL-17), who represents the district that holds Thomson prison. In a letter dated February 27, 2014, the pair writes:

We write today to respectfully request that you prioritize the activation of Illinois’ Thomson Correctional Center in your FY2015 budget proposal which is expected to be released on March 4, 2014. According to the Bureau of Prisons (BOP), the full activation of this long delayed facility should take two fiscal years (FY 2014 and FY 2015) and include about $25 million for construction and other related facility upgrades and approximately $170 million for staffing and equipment. The first installment of those funds should now be available as a result of the Fiscal Year 2014 Consolidated Appropriations Act which was passed by Congress and signed into law by the President in January.

On Tuesday, March 4, the budget request of the U.S. government for FY 2015 was released, proposing $8.5 billion for prisons and detention “to maintain and secure federal prisons and detention facilities.” The budget request fact sheet is vague, offering few specifics on how the money will be spent. It does mention funds for “bringing online newly constructed or acquired prisons” but avoids naming them.

The FY 2015 Budget requests a total of $8.5 billion for federal prisons and detention. Of this amount, $6.9 billion is requested for the BOP and $1.6 billion is for the Federal Prisoner Detention (FPD) appropriation. In addition, the FY 2015 Budget proposes to rescind $122.0 million in prior year detention balances, which are available because the FY 2013 detention population was lower than projected. The FY 2015 Budget’s Opportunity, Growth, and Security Initiative also includes resources for the BOP for infrastructure and personnel to continue the process of bringing on-line newly completed or acquired prisons and thereby reduce prison overcrowding.

This breakdown is particularly obscure in comparison to the details contained in the FY 2014 budget request, which specifically references ADX/USP Thomson:

Despite the new-found reluctance to provide details on Thomson’s security level, there is nothing to indicate that the BOP’s plans to open additional supermax cells at the new prison have changed. Nor does the BOP appear to have any doubts that it will obtain the required funding. When asked if there is a scheduled opening date for the Thomson, spokesperson Chris Burke said: “When funding is provided, it will take about 2 to 3 years to ramp up to full activation of the facility.” 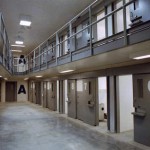 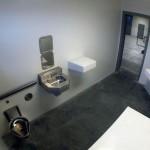 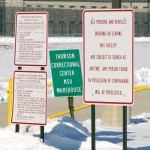