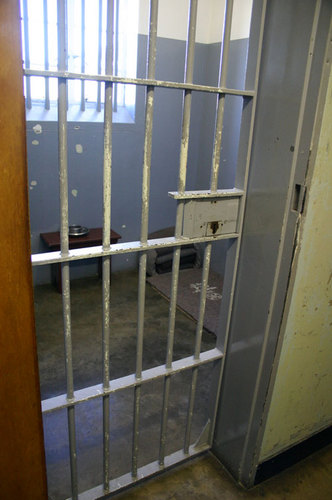 “I found solitary confinement the most forbidding aspect of prison life. There is no end and no beginning; there is only one’s mind, which can begin to play tricks. Was that a dream or did it really happen? One begins to question everything.”

–Nelson Mandela, from his 1994 autobiography The Long Walk to Freedom

Nelson Mandela spent 27 years in prison. He had received a life sentence in 1964 for conspiring against the apartheid regime, and spent the first 18 of those years on Robben Island, off the coast of Cape Town. There, along with other leaders of the liberation movement, Mandela was housed in a special section of the prison and did hard labor in the island’s lime quarry. He was allowed one visit a year and one letter every six months. Mandela was in and out of solitary confinement during those years, but he also managed to earn a law degree and establish himself as a leader among his jailed comrades.

Mandela’s period of long-term isolation began in 1982, when he was transferred from Robben Island to Pollsmoor Prison on the mainland. By then, Mandela had become a world famous symbol of his cause. His supporters believed the move was made because he was exerting too great an influence on younger people being brought to the island prison, which had become known as “Mandela University.”

Mandela spent much of the next six years in solitary confinement. In 1988, after spending time in the hospital for tuberculosis, he was moved to Victor Verster Prison, where he lived under less harsh and restrictive conditions, and entered into clandestine negotiations with the government to bring an end to apartheid. In 1990, amidst international pressure, he was released from prison at the age of 71. He lived nearly 24 more years, until his death this week–a model of courage and leadership not only to his people, but to political prisoners around the world.

One thought on “Mandela in Solitary”