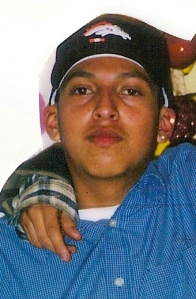 Christian Gomez, who lost his life during February 2012 hunger strike

Today is day 36 of a statewide hunger strike that began on July 8th with the participation of 30,000 individuals in prisons across California. As of yesterday, 270 people in six institutions were on hunger strike; 152 of them continuously since July 8 according to the California Department of Corrections and Rehabilitation (CDCR).

Chief among the strikers’ demands is an end to long-term solitary confinement and reform of the gang validation process that has placed 3,000 prisoners in long-term segregation units called the Security Housing Units (SHU).  The gang validation process, recently revised, has been criticized for its use of seemingly arbitrary pieces of evidence of “gang activity” in order to justify the segregation of prisoners identified as gang members or gang associates.

The latter category of “associate” constitutes the largest segment of those in the SHU, and consists of individuals identified as having occasional contact with members or other associates of prison gangs. The validation process, challenged in California Assembly hearings in 2011 and 2012 as providing insufficient due process, has been known to use black nationalist newspapers, books such as “The Prince” by Machiavelli, and drawings (of dragons, Aztec imagery, or birds) as evidence of gang activity.

CDCR has resumed case-by-case reviews it began in October 2012 in facilities no longer holding hunger strike participants of all SHU prisoners currently segregated following gang validation. The purposes of the reviews are to determine whether or not those reviewed should be kept in the SHU or released to the general population. Of the 415 who have already been reviewed, 230 have been immediately endorsed for or released to the general population. In other words, CDCR has mostly been inaccurate at identifying  gang members and associates who pose security threats for years.

Participants are known to be hunger striking at Calipatria State Prison, Pelican Bay State Prison, and Corcoran State Prison, though CDCR will not disclose “for safety and security” reasons which facilities are participating. As CDCR told Solitary Watch in the early weeks of the hunger strike, participants have been stripped of their property, items purchased through the prison canteen removed, and sandbags or other objects placed at the doors of strike participants. Strike leaders were removed from their cells and placed either in Administrative Segregation Units (ASU) or different sections of the SHU. Leaders at Pelican Bay have been in ASUs; at Corcoran, they’ve been placed in a SHU section reportedly occupied by gang dropouts (“debriefers”). One hunger striker, Billy Sell, committed suicide in the SHU at Corcoran the day after he ended his two-week participation. 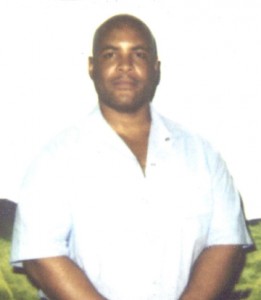 One Corcoran hunger strike participant, Jabari Scott, in a letter published by the San Francisco Bay View, described the removal of those identified as leaders:

…the riot team was out front strategizing and preparing for a full-scale war.

As soon as all the guys on the list were informed of their immediate departure, the riot team began to put their scare tactics into motion. Sandbags were dragged in and placed in front of the door of each person that was on the list to prevent guys from doing any last minute communicating or returning any items they may have had of someone.

Next they bring in a giant plexiglas barricade used for cell extractions and placed it in the middle of the dayroom so it would be clearly seen. Then about 25 COs came filing in in full riot gear with a cameraman in tow to record the whole event.

You could see the dismay on the majority of the COs faces, which proves their intent was violence and it was clear that they were upset that every man remained peaceful and left peacefully even though it was greatly inconveniencing to everyone. We will survive and keep the peaceful protest moving forward towards victory.

A Pelican Bay hunger striker, who has apparently ended his participation after three weeks, wrote in a letter to Texas activist “Twitch”:

I went 21 days! & I’ll tell you what brother, it was extremely difficult! I lost nearly 22 pounds, I was dehydrated. My heart was pounding out of my chest; it was hard to even drink water. My mouth had sores, my legs were badly chapped, & my stomach could barely hold it down. I had to drink real slow, only a little at a time. Your head starts to hurt, almost like you have a head (fus) (fuzz? illegible) is how it starts to feel after the 1st week.

Consistent with significant physiological harm, CDCR has confirmed that 31 hunger strikers had lost more than 10 percent of their body weight, and 57 had refused to be weighed. There were reportedly no hospitalizations over the weekend as of Sunday afternoon.

In this struggle we must remain realistic and rational recognizing that most of the meaningful changes we are striving for may not occur in this lifetime of ours. But the most important thing to remember is that the progress we make now will go toward breaking ground for those future improvements. Therefore, every ripple we create all even will eventually become greater, gathering more momentum to the point it can no longer be contained. Ultimately, abolishing the cruel and torturous practice of solitary confinement and inhumane lethal injection.

Of course, CDCRs stance, as explained by CDCR chief Jeffrey Beard is that this is all just a “gang power play.” Ditto what Sacramento Bee columnist Dan Morain and the Bee‘s Editorial Board want the public to believe, having written that “the real story” of the hunger strike is that it is really the brainchild of a “sociopath” (Todd Ashker) that the “pampered elite of Hollywood” have rallied behind.