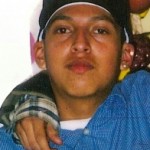 Christian Gomez, who lost his life during February 2012 hunger strike

California prison hunger strikers are entering their twelfth day of refusing state-issued meals in protest of long-term solitary confinement, the controversial gang validation process that has put 3,000 in indefinite isolation, and related issues. According to the latest figures from the California Department of Corrections and Rehabilitation (CDCR), 1,457 individuals in 15 prisons across the state are still officially considered to be on hunger strike, as of Thursday.

CDCR’s press release states “publicizing participation levels at specific prisons could put inmates who are not participating in extreme danger.” Hence, it has been difficult to gather information from California prison facilities. Questions to Public Information Officers at Pelican Bay State Prison and and San Quentin unrelated to the number of hunger strikers have been referred to the CDCR press office, which will not release specific information.

However, Solitary Watch was able to confirm last week that California State Prison, Corcoran, had identified leaders of the hunger strike at the facility and had placed them in Administrative Segregation.

A July 16th letter from the state-wide hunger strike leaders at Pelican Bay stated that they had also been removed from their cells and placed in Administrative Segregation, a practice that occurred in previous hunger strikes.

The strike leaders reported that on July 11th, after the third day of the hunger strike and the first official day that CDCR recognized their protest as a hunger strike, “we were placed in Administrative Segregation (Ad-Seg), where we are subjected to more torturous conditions than in the SHU.”

We were all isolated on a tier, in strip cells with nothing but a set of clothes and fish kit – spoon, cup, bar of soap etc. – with ice cold air blasting outta the vents! The warden personally told us, “As soon as you eat, you can go back to your SHU (Security Housing Units) cells.” My “mattress” was not even a mattress. It only had lumps of padding in places and was only 50 inches long – on ice cold concrete. This was all intentional, by design. They know that when a person is subject to cold, the body requires more energy. When you’re not eating, the ice will cause your body to feed on muscle and internal organs and the brain etc. much faster. Permanent damage can happen a lot faster.

Consistent with this, the wife of one hunger striker reports that her husband, a hunger striker at Pelican Bay, told her in a letter that “they’ve taken away their canteen, are not doing medical checks on them, have turned on the air conditioner making it cold in the pods,are giving them write ups (115s) and most likely will have visits taken away for a month.”

The retaliation against hunger strikers was expected, as CDCR itself had stated in a press release on July 11th that it would be removing canteen items from the cells of hunger strike participants and that leaders of the “mass disturbance” would be placed in Ad-Seg. 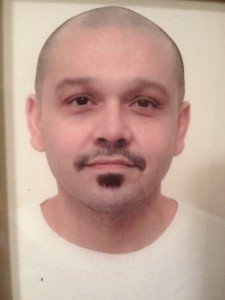 Javier is currently 10 years into a 25-life sentence due to California’s three strikes law. Incarcerated in the Pelican Bay SHU since June 2009, he was previously incarcerated at California State Prison, Centinela.

As reported by his wife, in a story all too familiar to those in the SHU: “Sadly, Javier’s grandmother passed away in April this year . He had been asking for a simple phone call to speak to her one last time before she passed but this was not allowed. They gave him his 15 minute phone call home to speak to his family two days after she passed – what harm would it have done to let him speak with his fragile Grandma before she died?” 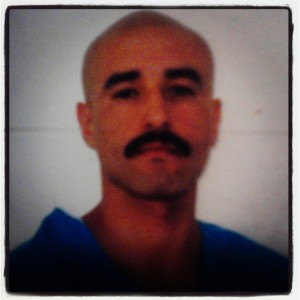 Anthony, 35, has been in the SHU following gang validation in 2010. He is currently participating in the hunger strike. His sister writes that Anthony was a smart kid growing up, always a good student, but growing up, life was difficult. “He was a good brother, he was like a dad to me and my younger brother. With our parents both in jail our grandparents raised Anthony, me and my younger brother.  It’s been thirteen years since I have seen my brother. He has a 17-year  old son, and two nephews who have never seen him.”