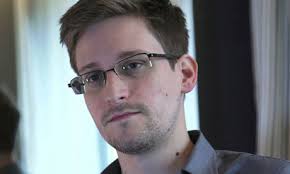 In a letter pressing Russia not to grant asylum to former NSA contractor Edward Snowden, Attorney General Eric Holder made the highly disingenuous promise that Snowden will not be tortured if he is returned to the United States.

The fact that the U.S. attorney general needs to send a letter to a foreign government assuring them that an American citizen will not be killed or tortured in his own country seems damning enough on its face. But in fact, Holder’s pledge is by most standards untrue. It relies on a conveniently narrow definition of torture, which precludes forms of extreme psychological and physical abuse that are deemed torturous by the United Nations and a host of human rights groups, but not by the United States government. Chief among these is prolonged solitary confinement.

Bradley Manning was subjected to more than nine months of pre-trial solitary confinement, some of it naked in a bare cell. Suspects held in the civilian, rather than military, justice systems fared, if anything, worse than Manning, who was eventually removed from solitary. Muslims accused of relatively minor national security-related offenses have spent years in pre-trial solitary under “Special Administrative Measures” (SAMS) which bar all communication with the outside world. Finally, driven mad by isolation and convinced that they cannot get a fair trial, they are pressured to take pleas with sentences ranging 30 years and up, likely to be served indefinite solitary confinement.

In all probability, if the Russians give up Snowden, he will be brought back to American soil and immediately placed in solitary confinement under SAMS. Once he is convicted–which seems virtually guaranteed–he will continue to be held in solitary, for “national security” reasons or perhaps purportedly for his own safety. He could well end up at ADX, the infamous federal supermax prison in Florence, Colorado, the most state-of-the-art isolation facility in the world, where individuals live in 23- to 24-hour solitary in small concrete cells. His attorneys can then argue for such things as permission to exercise outdoors in a kennel run, perhaps without his legs being shackled and hands manacled, or to visit a family member through a glass barrier.

Snowden might be driven to some of the crazy and desperate behaviors demonstrated by other residents of ADX after years of extreme isolation and sensory deprivation. According to a current lawsuit, “Prisoners interminably wail, scream and bang on the walls of their cells. Some mutilate their bodies with razors, shards of glass, writing utensils and whatever other objects they can obtain. Some swallow razor blades, nail clippers, parts of radios and televisions, broken glass and other dangerous objects.”One man held at ADX, who had no prior history of mental illness or self-harm, has both cut himself extensively and bitten off both his pinky fingers. Suicide attempts are common.

And all this while he is not being tortured.