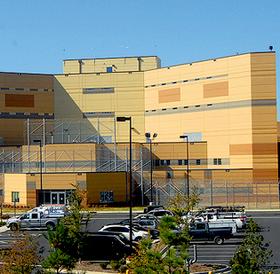 Lawyers at North Carolina Prisoner Legal Services have filed a federal lawsuit on behalf of eight people held in solitary confinement at Central Prison against officers and administrators at the facility. As reported by the Associated Press:

An amended complaint filed last week in U.S. District Court by lawyers at North Carolina Prisoner Legal Services says the beatings occurred in Unit One, a cell block known as “The Hole” where inmates are kept in solitary confinement for disciplinary reasons.

The inmates’ abuse claims are supported by medical records documenting blunt-force injuries that occurred while they were segregated from other prisoners, including broken bones, concussions and an inmate who is still unable to walk months after his hip was shattered.

The lawsuit names as defendants 21 correctional officers accused of participating in the abuse, as well as two wardens at the maximum security prison in Raleigh. The lawsuit alleges that former prison administrator Gerald J. Branker and current administrator Kenneth Lassister knew about the problems.

The suit seeks to eliminate this problem going forward, calling for the Court to order installation of surveillance cameras throughout the hallways of Unit One, stating “Given the history at Central Prison’s Unit One, these measures would benefit prison officials, prisoners, and the taxpaying public, and are required by the Eighth Amendment of the United States Constitution.”

The article goes on to describe several instances of guard brutality:

One violent beating was Dec. 3, 2012, and left inmate Jerome Peters in a wheelchair, according to the lawsuit.

When they were finished, the lawsuit said the officers put shackles on Peters’ ankles and ordered him to walk. He couldn’t, the suit said, because his pelvic bone was broken…

Peters was taken to an emergency room and diagnosed with a broken right hip, and fractured bones in his hand and face. He also had blurred vision and numerous cuts and bruises, according to the lawsuit. He underwent surgery, but more than five months later is still unable to walk.

The complaint also includes an account of an incident in which the ribs of a person held at the facility were broken. According to the Associated Press:

…Riddle was removed from his cell so that officers could search it. While he was waiting in handcuffs, the lawsuit alleged a correctional officer punched him in the face. Two officers then took Riddle to a secluded area of holding cells inmates call “The Desert” because they are not covered by video cameras.

There, three officers are said to have punched and kicked Riddle in the chest and torso. Riddle was then locked back in his cell, where his pleas for medical attention were ignored, according to the lawsuit.

It took 11 days before prison staff took Riddle to see a physician assistant, who ordered an X-ray. He was diagnosed with multiple rib fractures.

In another instance of brutality by Central Prison corrections officers, the Associated Press reports:

Chardan Whitehead got in an altercation with a guard. One sprayed him in the face with pepper spray and two officers took him to “The Desert.”

There, the lawsuit said three officers beat the restrained inmate unconscious. He was later taken to a hospital and diagnosed with a concussion and received several sutures to sew up cuts on his head and face. He was also blind in his left eye for several weeks.

Whitehead was later released after serving about six months for larceny of a motor vehicle.

This is not the first time prisoner abuse at Central Prison, where around 600 people are held in “Close Custody,” or solitary confinement, has come to public light. In 2012, Solitary Watch reported that people held at the facility had launched a hunger strike in protest of various prison conditions, the demands of which included “[a]n immediate end to the physical and mental abuse inflicted by officers” and “[t]he end of cell restriction.”