With a few exceptions, Brooks writes, such photographs simply do not exist. One such exception is Richard Ross, whose powerful photographs of children in solitary are part of his Juvenile In Justice project. Brooks features a few other exceptions in his post—most of them showing empty isolation cells—and asks for help identifying and sourcing additional photos of solitary. Readers can take part in this project by adding to the comments section of the post.

Another source for images of solitary confinement is prisoners’ own drawings of their cells—their only means of conveying their surroundings, since they obviously do not have access to cameras. These, too, are rare, but we are aware of a few.

One of the most prolific and talented artists in solitary is 60-year-old Thomas Silverstein, who has been in extreme isolation in the federal prison system under a “no human contact” order for going on 30 years. (He describes the experience here.) His artwork appears on this site. It includes meticulously detailed drawings of some of the cells he has occupied, including one pictured below, which is designed (with built-in shower and remote-controlled door to an exercise yard) so that he never has to leave it or encounter anyone at all. 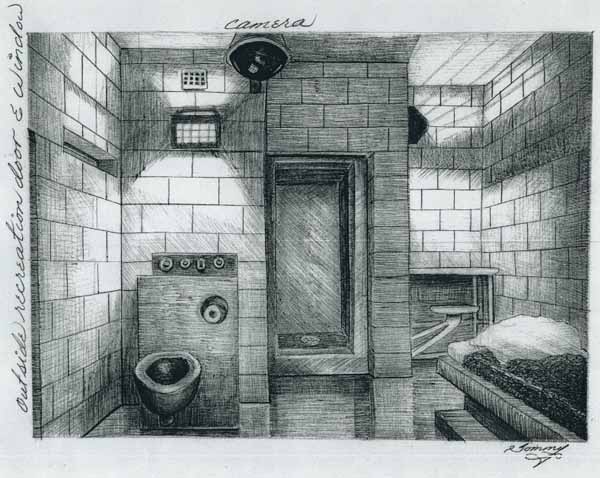 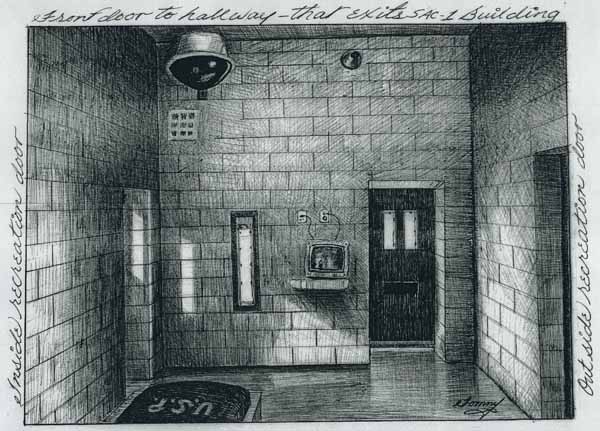 Herman Wallace, one of the Angola 3 (more information here) has been in solitary confinement in Louisiana state prisons for 40 years. He is now 71 years old. Wallace drew his sparse cell, complete with measurements; the total dimesions are 5 feet 10½ inches by 10 feet 1½ inches. (For contrast, see the “dream house” Wallace envisioned, in collaboration with an artist on the outside, in the trailer for the film Herman’s House.) 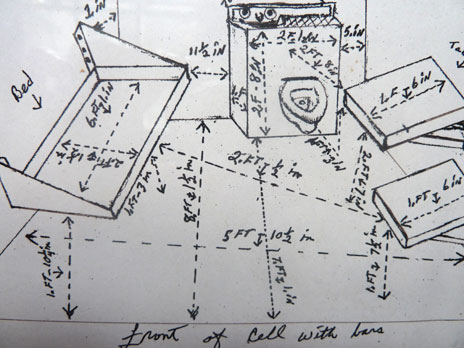 Ojore Lutalo, who spent decades in solitary in New Jersey, integrates cell drawings into his political art collages, which he says “express[es] the horrors and degradation of this form of punitive punishment.” His artwork appears on this site. 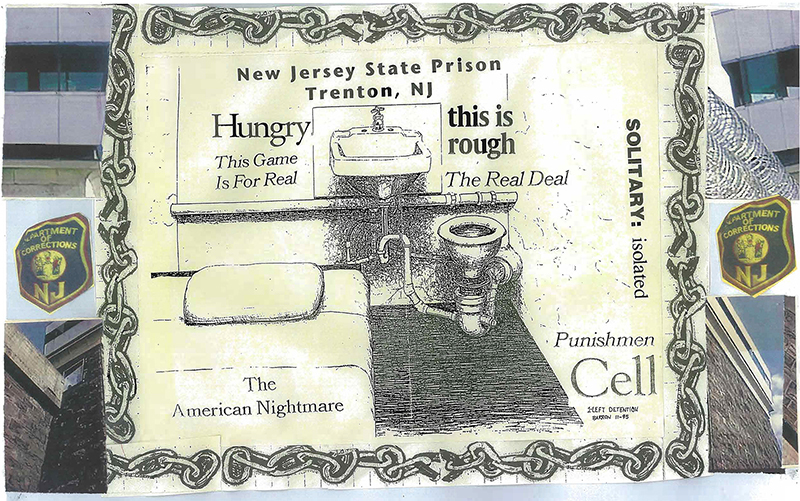 We are eager to know about other art by people in solitary that depicts their daily surroundings. Please send any links or leads to solitarywatchnews@gmail.com.